Spain Park comes up short in three-game battle with No. 9 Sparkman 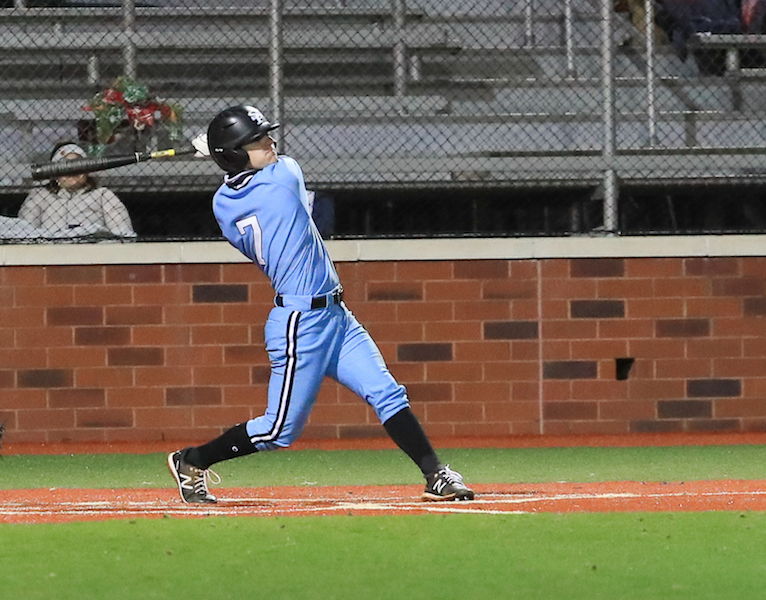 The Spain Park Jaguars battled in three one-run games against No. 9 Sparkman to open the playoffs, but ultimately lost two games on walk-offs to see the season come to an end. (For the Reporter/Dawn Harrison)

HARVEST –  After battling through one of the most difficult areas in the state to earn a spot in the postseason, the Spain Park Jaguars weren’t scared of a battle against No. 9 Sparkman to open the playoffs and it showed on the field.

Despite losing the best-of-three series 2-1, the Jaguars fought in three consecutive one-run games and staved off elimination on Friday night with a tight win before coming back a day later and fighting all the way to the final inning before losing a heartbreaking 2-1 game to end the season.

But the Jags didn’t go down quietly in the series, losing both games on walk-offs in the seventh, showing how close they were to advancing.

And while that makes it that much more heartbreaking, it also showed the resiliency they played with throughout the season in their biggest games, as the team came together and believe they could compete with the best teams.

In the opening game of the series, the Jags fell behind 3-0 through five innings, but didn’t let that deter their confidence.

They came right back in the top of the sixth with a three-run inning to tie the game. Josh Harrington got the rally started with a one-out single before an error eventually allowed him to score Spain Park’s first run.

A strikeout put two outs on the board, but Cole Edwards then walked before Trent Thompson came through with a two-RBI double to right field that tied the game.

Sparkman, however, put together a response in the home half of the seventh. With the game still tied, the Senators loaded the bases with no outs behind a double and two walks.

Following a pop out, Kylan Duncan took a 3-2 pitch through the left side of the infield for a walk-off single.

Spain Park was led by Thompson with one hit and two RBIs in the loss, while Conner Eberhardt added two hits. Brooks Ballintine, Ryan Cole and Harrington all had one hit as well.

Now in need of a win in the second game of the Friday-night doubleheader, the Jags responded in a big way in game two.

After falling behind 1-0 in the top of the first, they came back with three runs in the bottom of the second to take the lead.

Sparkman inched back into the game with one run in the third and one in the fifth to tie it at 3-3. But Spain Park again responded with three more runs in the bottom of the fifth.

The Jags used a lead-off single from Edwards and back-to-back doubles from Thompson and Michael Glick to drive home the runs and take a 5-3 advantage through five.

Sparkman answered in the top of the seventh with a two-run home run to draw within one run, but the Jags were able to get out of the jam to preserve the one-run win.

Harrington had two RBIs in the win, while Thompson and Glick both had one hit and one RBI.

That kept Spain Park’s season alive for one more day, setting up a win-or-go-home game on Saturday.

After a scoreless first three innings, the Jags came back and took a 1-0 lead in the top of the fourth. They loaded the bases with one out before a sac fly from Wilkins Hunter gave them the lead.

That, however, became the only run as Spain Park left runners on first and second in the inning.

Sparkman came right back with an RBI single in the bottom half of the inning to tie the game.

From there, the Senators gained confidence through their defense, getting the Jags to go down in order the next three innings in a row.

That helped them stay patient at the plate before eventually putting together a two-out rally in the bottom of the seventh.

With two down and one runner on base, the Senators drew back-to-back walks to load the bases.

John Buening then stepped to the plate and fell behind in the count 0-2. However, he battled back to draw a full count before hitting a ground ball that ended in an error and the walk-off 2-1 win for Sparkman.

Spain Park was led by Glick in the win with two hits, while Hunter add an RBI and Smallwood had one hit.

The Jaguars finished the season 23-13 overall and lose a handful of players, but will return several of their top performers of the season ready for redemption.

Thompson falls in opening round of postseason