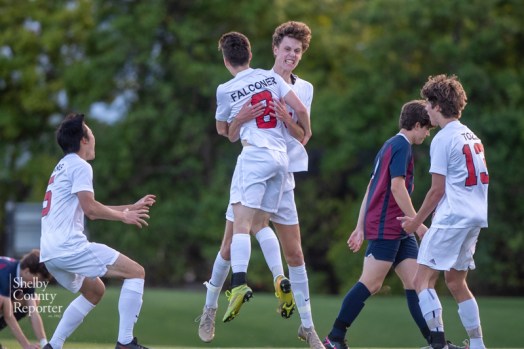 Liam Falconer jumps into the arms of Jackson Nabors after the two worked together for Indian Springs' first goal in a 2-0 win against Montgomery Academy on May 6 to earn a spot in the Class 4A-5A State Championship. (Reporter photos/Keith McCoy) 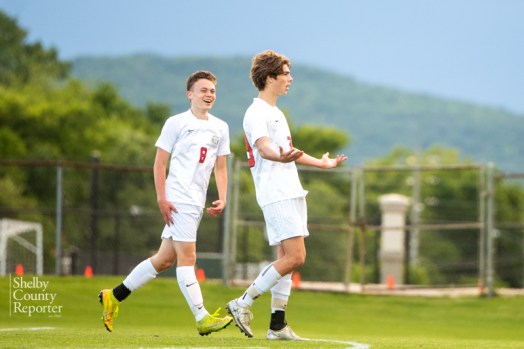 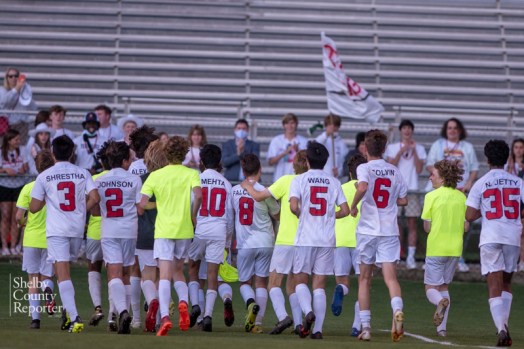 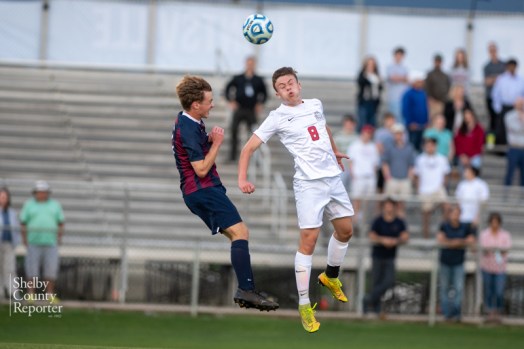 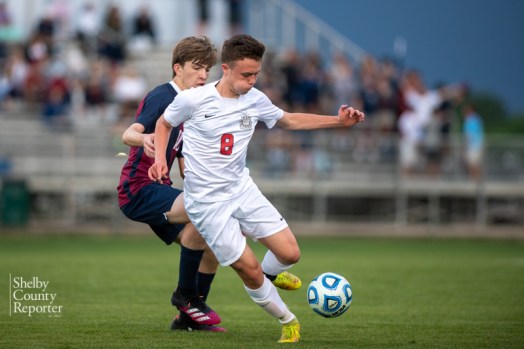 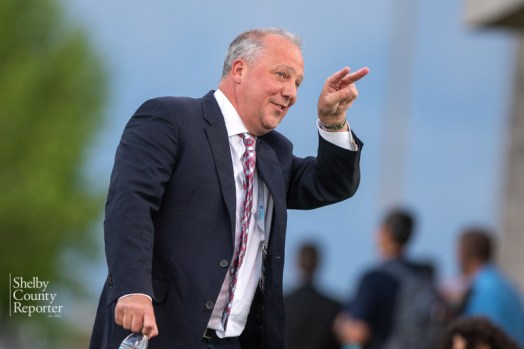 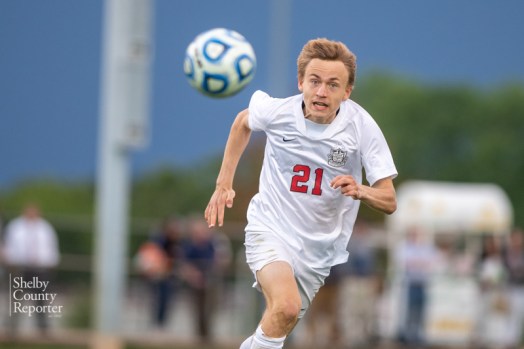 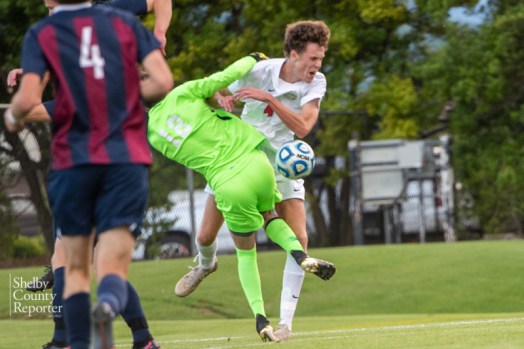 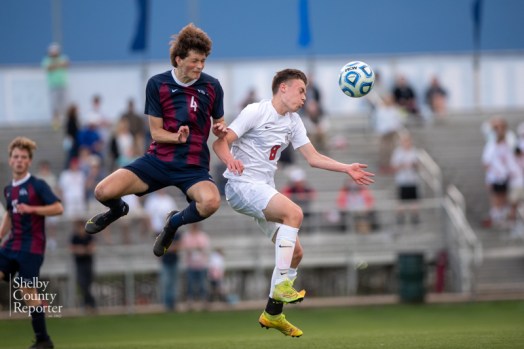 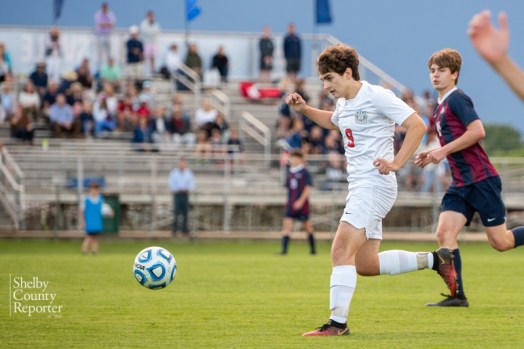 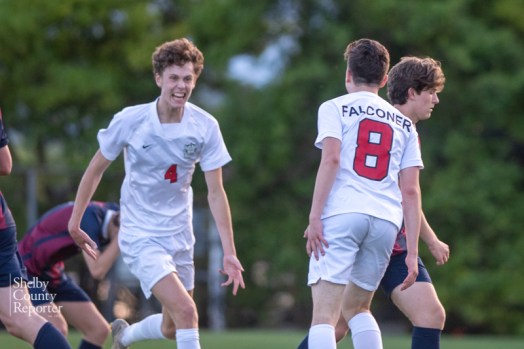 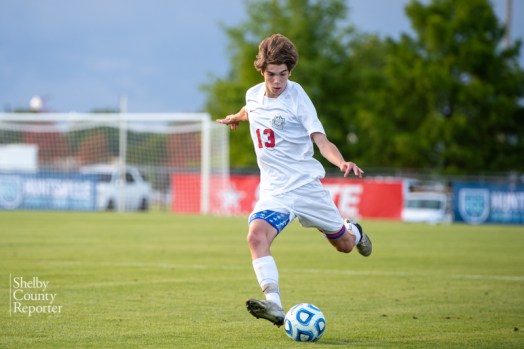 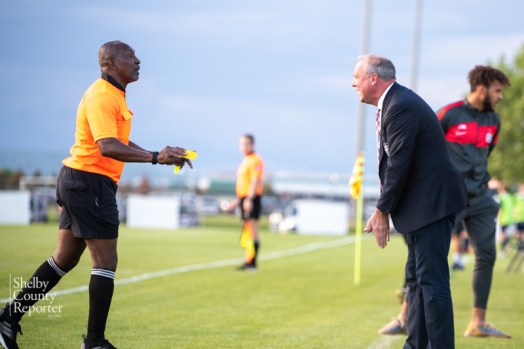 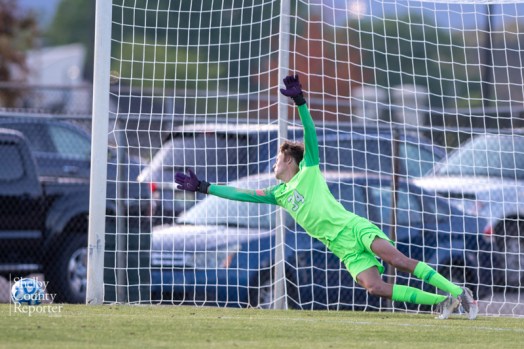 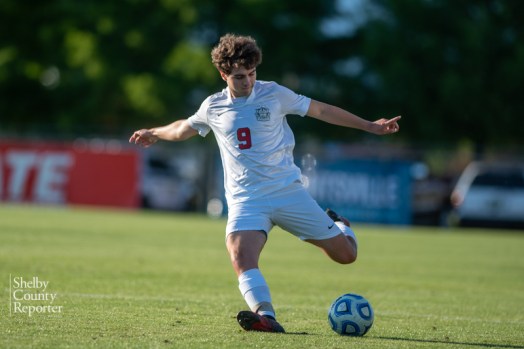 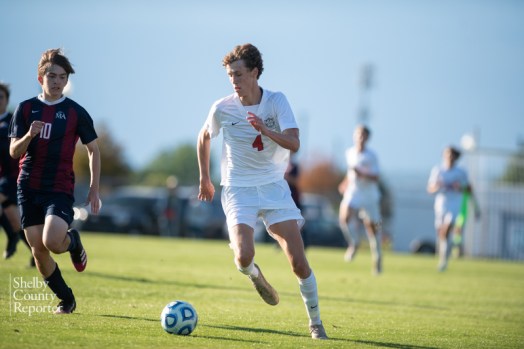 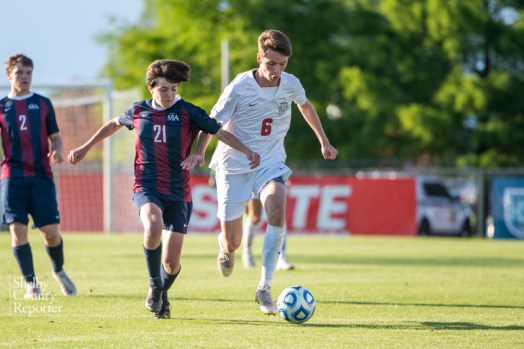 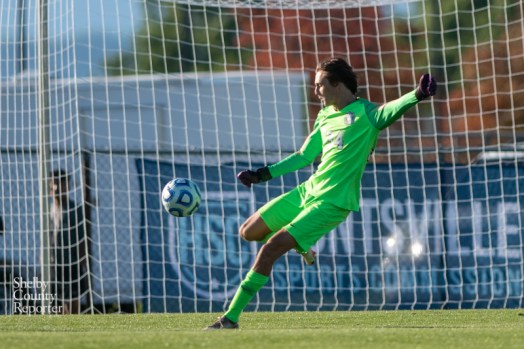 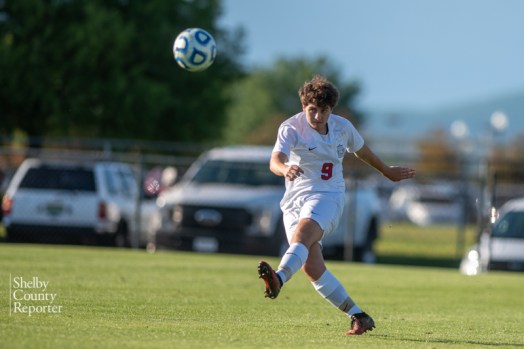 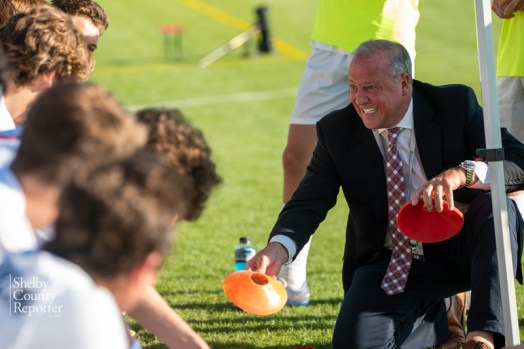 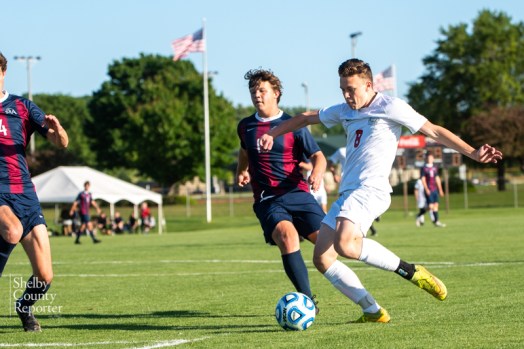 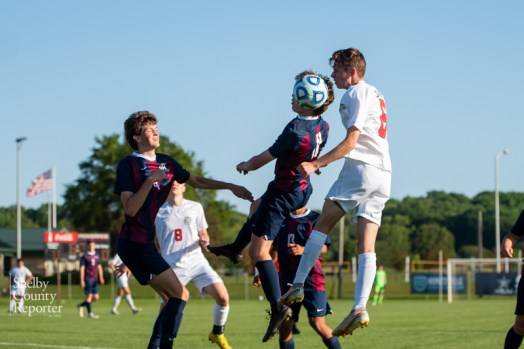 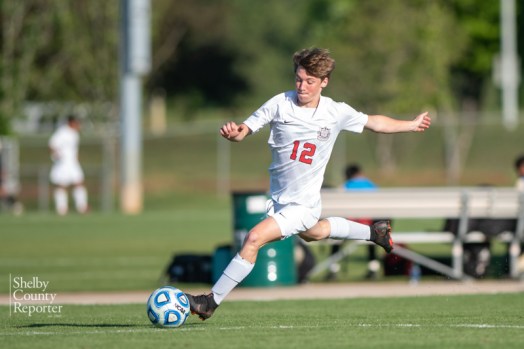 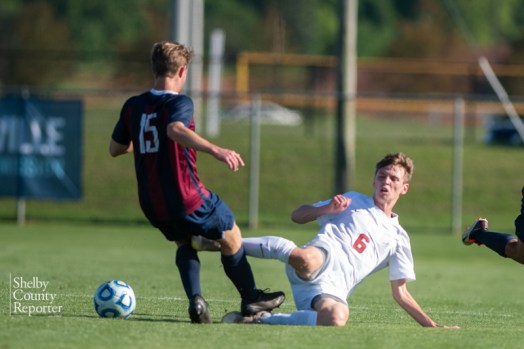 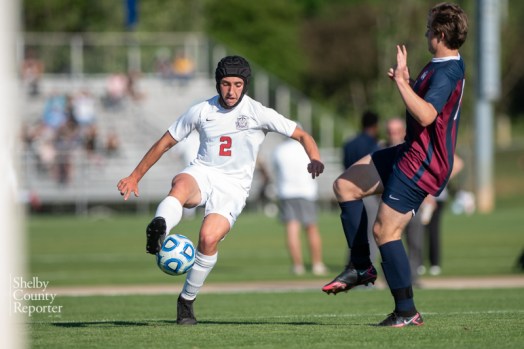 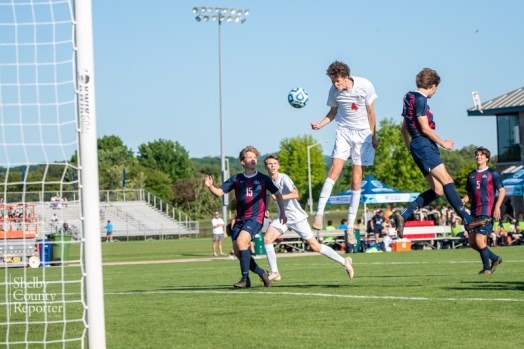 HUNTSVILLE – Just as they were growing frustrated, Indian Springs had a fire lit under them in the second half of their Final Four matchup with the Montgomery Academy Eagles at Huntsville’s John Hunt Park on Thursday, May 6.

With 19:33 to play, Montgomery Academy earned a penalty kick following a battle for the ball just inside the box. That moment became a turning point in the match, but not for the Eagles.

Montgomery Academy’s attempt at the PK ricocheted off the left goal post and was cleared by Springs to avoid what could have been a 1-0 deficit late.

Indian Springs head coach Rik Tozzi made his frustrations with the penalty call known after feeling his team wasn’t getting the fair end of the officiating, which led to a yellow card.

That, however, seemed to be the spark the team needed for a late push in the final 19 minutes.

With a big focus on Jackson Nabors for much of the night in a physical battle around the net, the Eagles’ keeper continued that trend when Nabors found himself with the ball near the goalie box with 16 minutes to play.

That, however, left Liam Falconer wide open. Nabors noticed and slid a pass to Falconer, who rolled a ball perfectly into the left side of the net for a 1-0 lead with 15:44 to play.

From there, Indian Springs played with an extra boost.

Four minutes after that, a pass to the left side saw Hudson Wang push the ball toward the left corner of the field. He crossed over to Nabors at the top of the penalty box, who left the ball for Nathan Tozzi.

Tozzi fired a rocket that rose toward the top post, hit it and fell into the goal for a 2-0 lead with 11:24 to play.

With an already strong defensive performance in the works, Springs’ confidence grew on that end with a 2-0 cushion, which helped them finish off the shutout to win.

The goals from Tozzi and Falconer were the difference, while Nabors’ two assists were just as big.

While the finish was exciting, the game got off to a slow start.

Indian Springs earned the majority of opportunities in the first 10 minutes.

They got a free kick just inside midfield with 38 minutes to play and followed that with another deep kick with 36:50 left, but both sailed just out of reach of a header on high-lofting shots from Nathan Tozzi.

Springs then got a corner shortly after but it sailed just high of a header in front of the net as well.

Montgomery Academy then started to take control with 27:30 left, earning a breakaway that led to a one-on-one opportunity.

Both teams got decent opportunities starting with a corner from Indian Springs that saw the Montgomery Academy keeper make a save.

The Eagles then earned a free kick with 11:20 left from 25 yards out, but it sailed wide and high like so many attempts before.

Indian Springs then closed the half with four great looks, including their best of the game on a cross into the box that the keeper came out to swipe away just short of a Springs player in the box, who would have had an open net.

With all opportunities going by the wayside, the two teams found themselves tied in a battle for their season, which led to the exciting finish.

Indian Springs will now take on Russellville in the Class 4A-5A State Championship on Friday at 7 p.m.