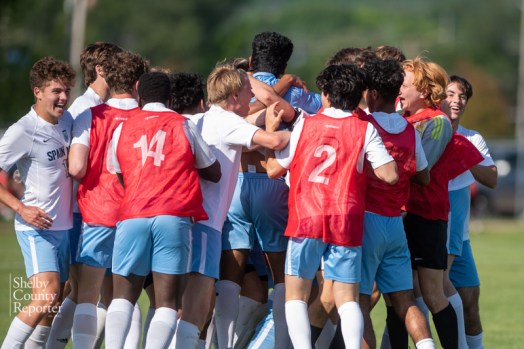 Spain Park took down Hoover 2-1 in the semifinals of the Class 7A playoffs despite playing down a man to earn a spot in the state championship game. (Reporter photos/Keith McCoy) 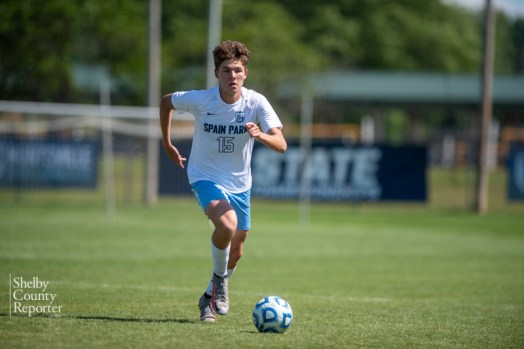 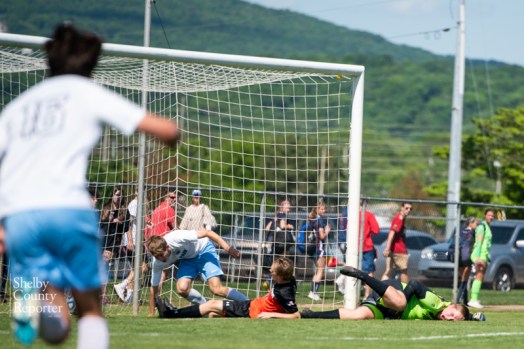 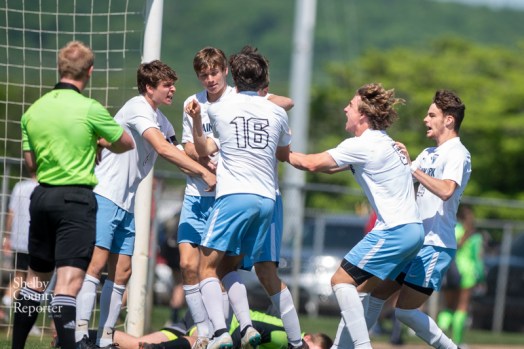 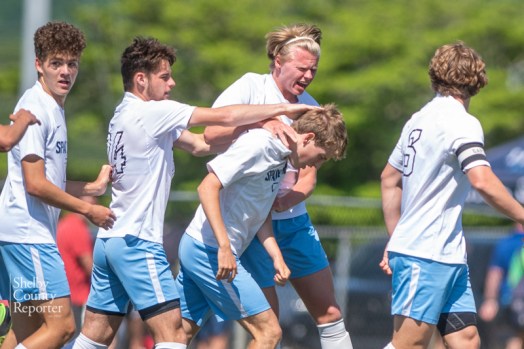 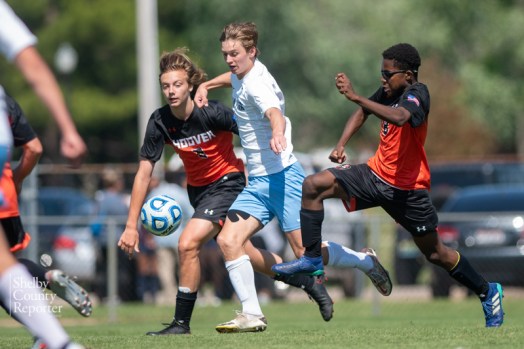 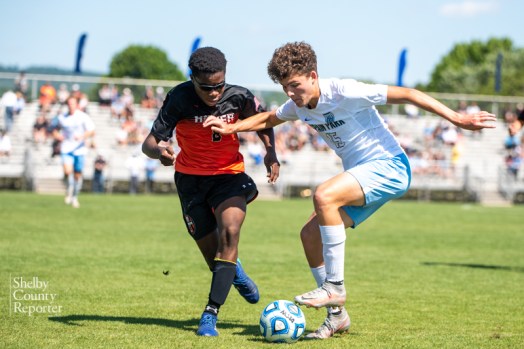 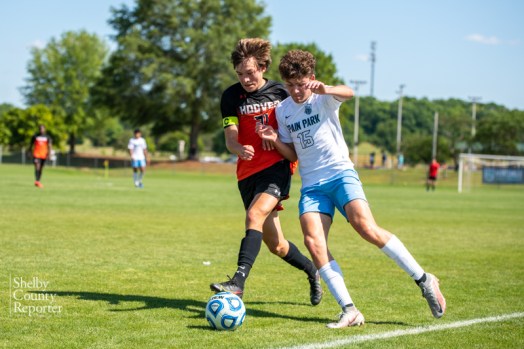 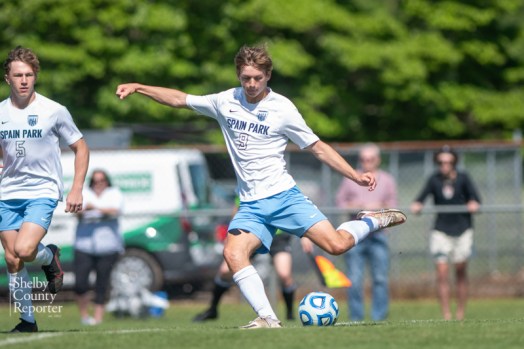 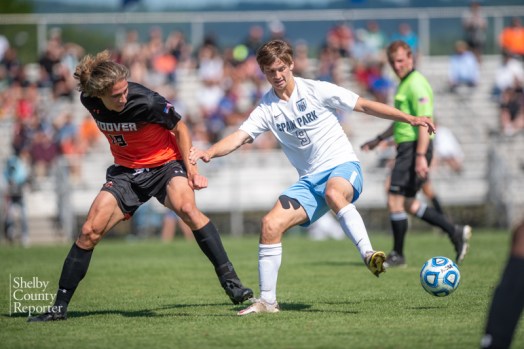 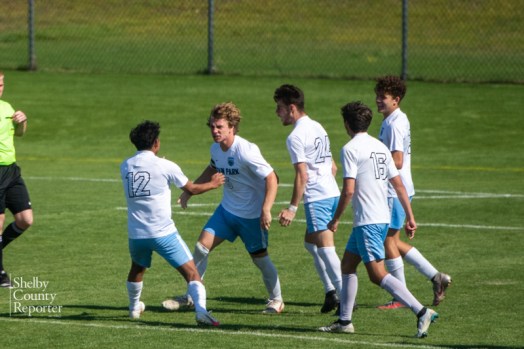 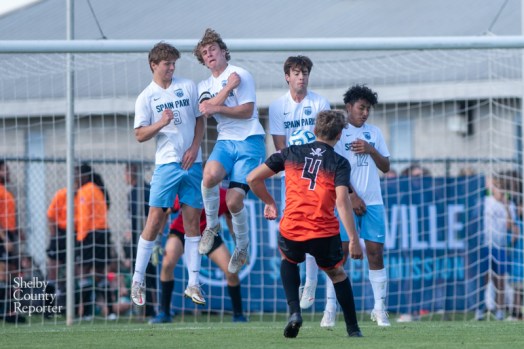 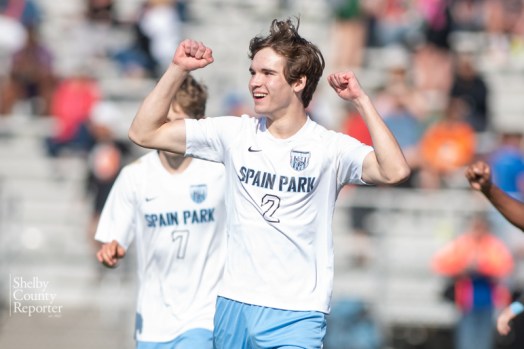 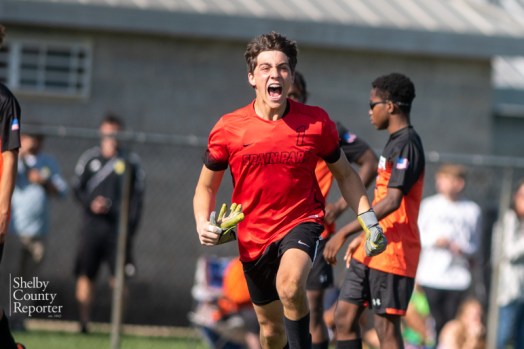 HUNTSVILLE – Despite their No. 1 ranking in the Class 7A standings, the Spain Park Jaguars entered their Final Four soccer matchup with No. 2 Hoover feeling like they had something to prove.

The Jags came into the match with just one loss on the season—a 2-0 game against Hoover on Feb. 20—and were seeking to make school history by becoming the first team to make it to the championship game.

And the resiliency from the team looking for redemption and school history showed in the second half.

In a 1-1 game at the half, the Jaguars were down a man for the entire second half, but they quickly got the upper hand by earning a penalty kick.

Conner Warren stepped up to take the PK, but did so in a tricky way.

After the whistle blew for him to take the shot, he turned around like he was backing up to line up the shot before taking it. He then quickly turned around with the keeper caught off guard and fired a shot into the upper right corner of the goal for what became the game-winner with 35:20 to play.

Hoover got some decent looks in the final 35 minutes, but the Jaguars were strong all game on the back line and put the game to rest with a resilient effort down the stretch to make history.

“We’re really excited to be the first team in school history to make it,” Warren said. “This is everything because we don’t know if we’ll ever have this opportunity again. We’re just happy and grateful to make it the state championship.”

Down a man, head coach Matt Hall said his team showed the fight they have all year to make it seem like they were playing a full strength.

“This is what this team has done all year,” Hall said. “The guys didn’t quit and they play with a lot of heart. We talked about it at halftime, even though we were down a man, I knew that this group and this team, with their effort could get out there and make up for losing that man. We saw it in the second half. In the first 10-15 minutes, we got to every 50-50 ball and created chances.”

It not only led to the penalty kick from Warren, but gave the Jags multiple chances to score a third goal and saw them control possession a large portion of the half to keep Hoover from pulling off the equalizer.

The fight in the team despite playing with one less man than the Bucs is something Hall credits the senior class with.

“These seniors were with me when we had tough years,” he said. “They were with me when we only had four seniors their freshman year. Now we’ve got 10 of them, and they’ve always been focused on what they can do to improve and get better. The big thing with this team is just belief.”

The first goal from Spain Park was scored quickly in the first half when Anderson Ivey put the Jags up 1-0 in the first 10 minutes.

Hoover, however, earned a corner kick 10 minutes later, and while the Bucs didn’t convert it, they drew a penalty in the box for a penalty kick.

The Bucs put the PK into the back of the net with ease to even the score 1-1, which became the halftime score.

But Spain Park knew how balanced they were as a team, and came out in the second half with the mentality of going for everything.

Hall said that was an easy decision because of how deep this year’s team is.

And they came together to earn a trip to the state championship game because of it.

Spain Park will now take on Davidson at 10 a.m. tomorrow for the title.