Chicken Fry’d to open early this summer in Chelsea 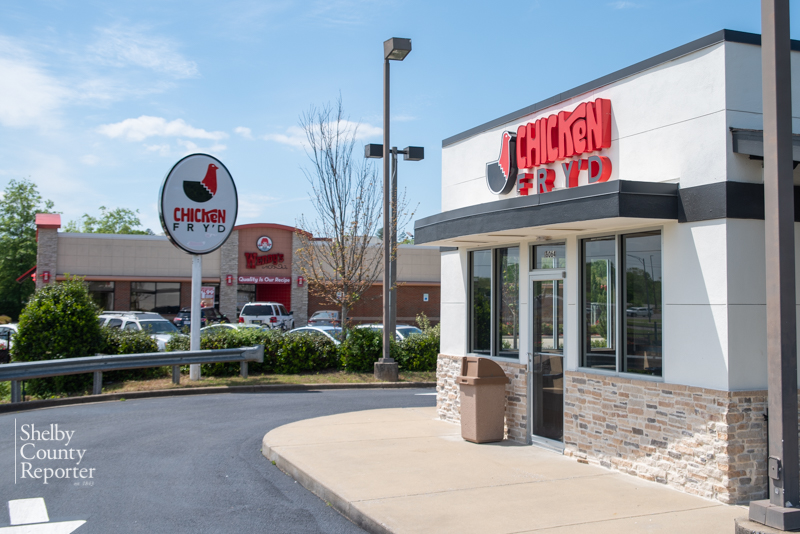 The owner of Station 31 in Chelsea and Main Street Tavern in Montevallo is set to open Chicken Fry'd in Chelsea in the next four weeks, which will be a quick counter service restaurant focusing on chicken items such as a chicken finger plate and chicken salad. (Reporter photo/Keith McCoy)

Webster said that he expects the restaurant to debut in the next three to five weeks, and that after nearly two years of planning, his dream is nearly realized.

“Ever since I was really young, I was just all about the restaurant business. You know every little boy wants to be a fireman or a professional baseball player, but I wanted to open restaurants,” he said.

Webster always dreamed of opening a restaurant since first growing up next to Disney World in Orlando. Aside from his proximity to the hospitality industry, Webster said he has always been fond of the industry due to work’s honest nature and fast-paced environment.

In 2018, Webster opened Station 31 in the old Chelsea Fire Station on Chesser Drive, and 10 years before that, he and his wife, Misty, charted Main Street Tavern in Montevallo.

After Station 31 received such a positive reception from the Chelsea community two years ago, Webster said expansion was only natural.

“There’s a lot of buzz going around right now, and that’s good because people are excited, and I think they understand that we can offer something really great,” he said. “I think we also bring a little bit of credibility because of Station 31. But I thought Chelsea could use a little bit more diversity and so Chicken Fry’d was born, and we already had a partner in the area so we were just like, ‘Let’s do this.’”

Webster said he has seen a need for more hometown-inspired restaurants like Station 31 and now Chicken Fry’d to contrast the corporate fast food dining options that currently exist.

“Chicken Fry’d is a new idea that we have come up with, and it is going to be chicken fingers and fries,” he said. “We feel like there’s a need in Chelsea for something like this, and that we can do something that’s made from scratch. Everything that we do is going to be made in-house.”

As the name suggests, the menu will be centered around chicken-based dishes, but will also include a variety of chef-inspired items, including slider sandwiches and various salad greens. Webster said he is particularly excited to unveil two special menu items, his homemade chicken salad and his famous chicken finger plate.

“We are built around people,” he said. “This is the reason I love the restaurant business. It is because of the people. I can tell you who’s going to be in on Tuesday nights as far as guests are concerned.”

Webster particularly enjoys checking in on families during meals, and he said that he loves the Chelsea community and expects to be in there for years to come.

“We love this community and we love the people, and so we want to offer them something so that they don’t have to go over the mountain for a great meal,” he said.

Chicken Fry’d will be located in Chelsea near U.S. 280 in the building which previously housed Whataburger.