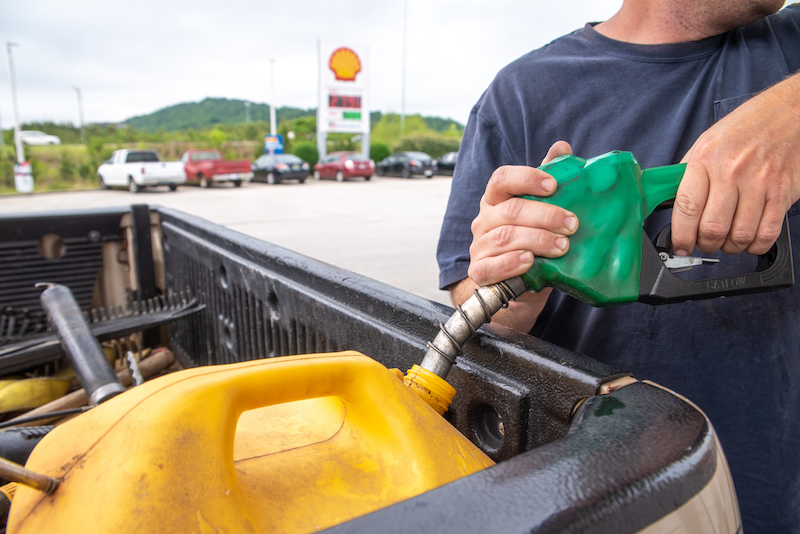 The Colonial Pipeline shutdown has caused some to panic buy gasoline due to the increase in prices and the worry of stations running out of gas. (Reporter photo/Keith McCoy)

Gas prices have spiked up close to 10 cents around the Birmingham-metro area since last week following a shutdown of the Colonial Pipeline—a portion of which runs through Shelby County.

The pipeline was shut down following a ransomware cyberattack in an attempt to seize the company’s computer systems on Friday, May 7.

The Colonial Pipeline is the largest refined-products pipeline in the country going from Houston through the southeast, including central Alabama, and up the east coast into New Jersey. It spans 5,500 miles and transports more than 100 million gallons of fuel (2.5 million barrels) a day.

It supplies approximately 45 percent of all fuel consumed on the East Coast, which totals close to 50 million people. 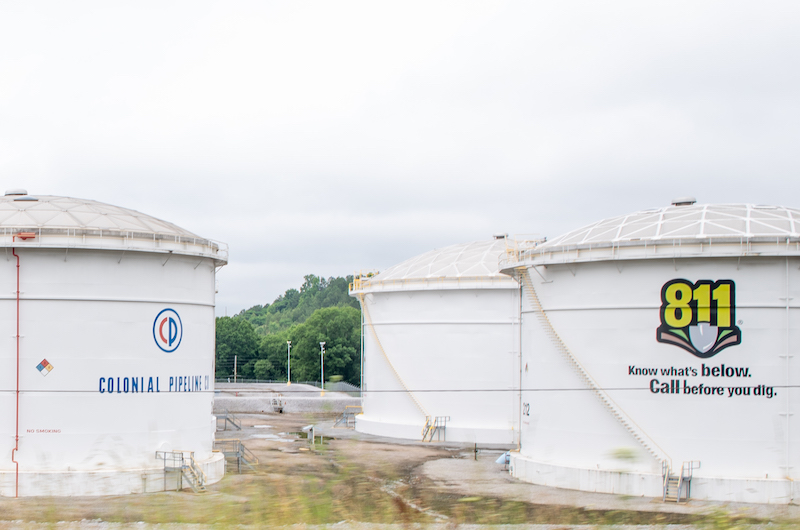 Storage tanks at the Colonial Pipeline junction in Pelham known as “Tank Farm.”

With it now shut down, many are worried about the supply of gas, which has led to a spike in gas prices and hoarding, but experts are warning against panic.

AAA Alabama spokesperson Clay Ingram has urged travelers not to panic buy, saying that will only worsen the impact.

He said if the problem persists for more than a week or two then there may be some issues as far as gas stations running out of gas temporarily, but it shouldn’t last for more than a day or two and will be scattered.

But gas prices have already spiked in the last 72 hours, which has led people to filling up gas cans and their cars before gas stations either run out of supply or prices rise even more.

That has led to long lines at local gas stations across the county and some places already running out of gas.

Ingram, however, says the more panic buyers, the more chance of a shortage and the more prices will increase. He added that there is plenty of supply, but hoarding or panic buying could change that and lengthen the issue.

“The longer the pipeline is offline, the larger the impact on the east coast. However, foreign gasoline imports and other pipelines can supplement Northeastern supply. Other areas of the country will see little impact,” read a statement from AAA.

Gov. Kay Ivey also shared the same message with Alabamians after speaking with the U.S. Department of Energy during a call on May 11.

“She was assured that the pipeline should be operational in a few days. She is urging Alabamians and others to not panic and to use good judgement,” said Ivey’s spokesperson Gina Maiola. “A shortage has not reached Alabama at this time, and she reminds us that an overreaction would only lead to that. Be courteous, only fill up if you need to, and do not fill up multiple containers. Governor Ivey urges patience and common sense.”

The Colonial Pipeline operations team is developing a system restart plan. While mainlines (Lines 1, 2, 3 and 4) remain offline, some smaller lateral lines between terminals and delivery points are now operational.

Colonial stated they are in the process of restoring service to other laterals and will bring the full system back online only when it is considered safe to do so, and in full compliance with the approval of all federal regulations.

While there is sufficient gasoline supply in the U.S. (235.8 million bbl), other pipelines and the Department of Transportation’s temporary hours-of-service exemption for tanker trucks transporting gasoline and other fuels, will be able to ease the strain, but not resolve the issues caused by the pipeline interruption.

Once the pipeline is up and running, there could still be residual delays as it takes about 15–18 days for fuel to flow throughout the pipeline.

AAA has provided tips to help save gas and again encouraged not to panic buy:

Shelby County school districts among top in the state