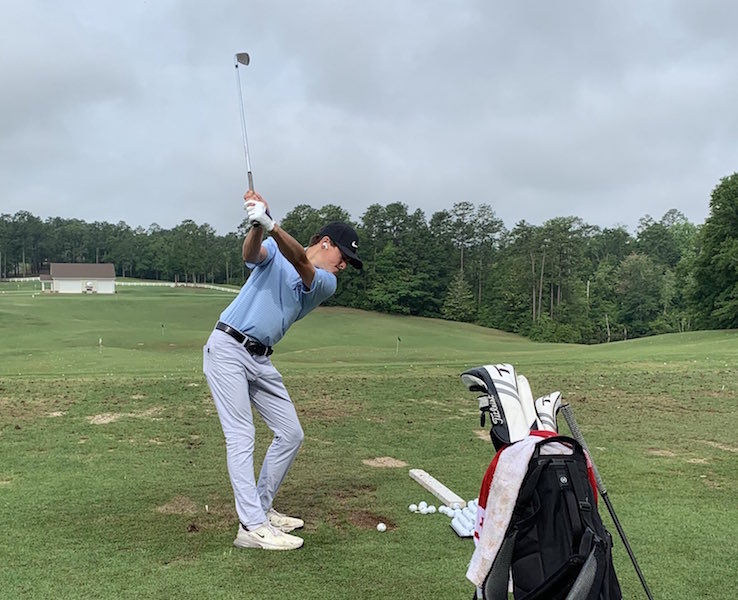 MOBILE – With three individual athletes set to compete for a state championship at the 2021 AHSAA State Golf Tournament, each had to battle the conditions in addition to the other golfers on the course.

Spain Park’s Chase Kyes, Calera’s Chase Nalls and Vincent’s Myles Fincher all participated in the tournament, but what was set to be a two-day event featuring 36 holes, quickly became a battle against the rain on Monday, May 10 and Tuesday, May 11.

Despite delays, all three were able to get their opening day of the tournament completed with each inside the top 16 of the individual standings in their respective classification.

Kyes shot a 6-over par round of 77 on the opening day with only five pars on his card. He made three double bogeys and five bogeys, but five birdies helped salvage the round and put Kyes in a tie for 15th in the Class 7A tournament at the end of the first day.

Nalls was just one shot worse than Kyes with a 7-over par round of 78. His round wasn’t quite as wild, but he also didn’t have as many birdies. 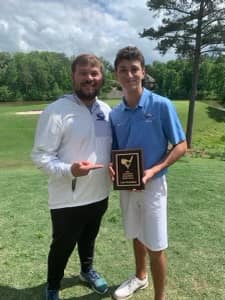 He shot a 39 on each nine with one birdie, two bogeys and a double bogey on the front nine then three bogeys and five pars on the back side to finish in a tie for 16th in Class 6A.

Fincher shot the highest score of the three but also finished the highest in the standings thanks to finishing in a tie for 10th in the Class 1A-2A tournament.

He shot an 81 thanks to a solid finish to his round on the back nine. After going 1-under through his first five holes of the first round, he finished off with three bogeys, a triple bogey and one par to shoot a 41 on the front side. 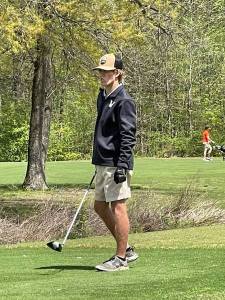 With one round under their belts, each came back the next morning looking to climb up the leaderboard and battle for a high finish at the state tournament.

Rain, however, didn’t allow that to happen.

Kyes got through five holes of his round, making two birdies and three pars en route to what looked to be an improved day, but that’s as far as he got.

That’s when the AHSAA decided to cancel the rest of the tournament, ending the event with the day-one scores as the final results.