CVA Headmaster Pam Lovelady began the ceremony by recognizing all 24 graduates individually and their accomplishments during the school year. However, she specifically paid attention to Motes, who died as a result of a car accident in December 2020. 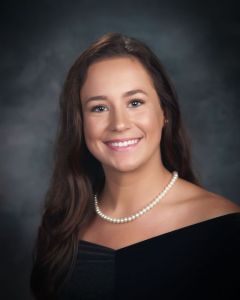 Lovelady said her speech, however, was not a somber one, and that Motes, 18, had lived the fullest life, saying she had experienced more joy in the past 18 years than most people do in a lifetime. Lovelady said she had grown especially close to Motes during her time at Coosa Valley, describing her as an ideal student and a friend to all.

“When I saw her name today, I did not cry because she lived the most wonderful life anyone could ever live in 18 years. She did everything she wanted to do. Every day was filled with joy,” Lovelady said. “When she came to our school several years ago, the piece of the puzzle was complete. She is what made us all complete.”

Motes had attended CVA since her freshman year of high school, and was frequently involved in extracurricular activities. She had served on the school’s homecoming court for the past three years and was also a cheerleader and softball player.

Motes excelled just as well in the classroom as she did on the softball field. She was a member of the Beta Club and had started taking dual enrollment classes at Central Alabama Community College. As a Chelsea resident, she was also extremely active in the community.

She was on track to graduate this spring, but died in the car accident on Dec. 13 of last year. Motes had just celebrated her 18th birthday four days earlier on Dec. 9.

Even though her time on earth was short, Lovelady said that Motes’ impact was tremendous.

“She was placed on this earth to impact us all and make us who we are today, and these young people in this senior class are going to be something special because of the things we have experienced,” Lovelady said. “We have experienced the love of a friend, and an angel in heaven.”

Being such, the school awarded Motes her high school diploma, which her mother, Jennifer, accepted in her daughter’s honor. 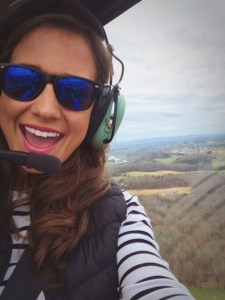 Jennifer, a nurse, said that Lindsey had planned on going to college after high school and had been accepted into Troy University. Jennifer said her daughter wanted to follow in her footsteps and pursue nursing. Lindsey had scheduled to begin taking classes in the fall.

Jennifer described her daughter as having a servant’s heart and said she wanted to enlist in the U.S. Air Force as a critical care nurse so she could serve overseas.

“She wanted to be a nurse like me and help the people that fight for us. She just wanted to serve and give back,” Jennifer said. “I think that is part of the reason she wanted to go into the military, so she could make a difference.”

Jennifer also attributed this decision to Lindsey’s love of travel and characterized her as adventurous. Lindsey also loved drawing and the outdoors. Jennifer said the two had visited nearly every state park in Alabama.

Lindsey’s favorite passion, however, was softball. She played the sport her entire life and was on CVA’s softball team throughout high school.

Coosa Valley’s season this year was just not the same without Lindsey, so Jennifer said the entire team stitched her jersey number, 17, on their uniforms and dedicated the season to her.

According to her mother, Lindsey was not just concerned with living a joyous life, but with actively spreading happiness to others.

While attending elementary and middle school, she frequently visited local nursing homes and played bingo with the residents. Jennifer also recounted how Lindsey would frequently pay for other people’s food when she and Lindsey went through a restaurant drive thru. 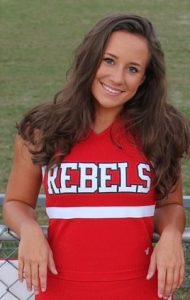 “She just wanted to make someone else’s day a little bit better, and she never told anyone. She was so humble,” Jennifer said. “Unless you were there, you would never have known that she did those things because she didn’t brag or make a big production about it.”

However, Lovelady said CVA’s graduation last week was finally the time to recognize Lindsey. Lovelady said the graduation’s location at the school’s football field was especially poignant, as that was where Lindsey had frequently practiced softball. Lovelady ended her speech by recounting her last interaction with Lindsey.

“This is where she was, and I did not want to leave her out to last, but she is the angel that is looking over us today,” Lovelady said. “The last thing she told me before she left for Texas was ‘I love you Miss Pam. I’ll see you soon.’ And I will see her soon.”