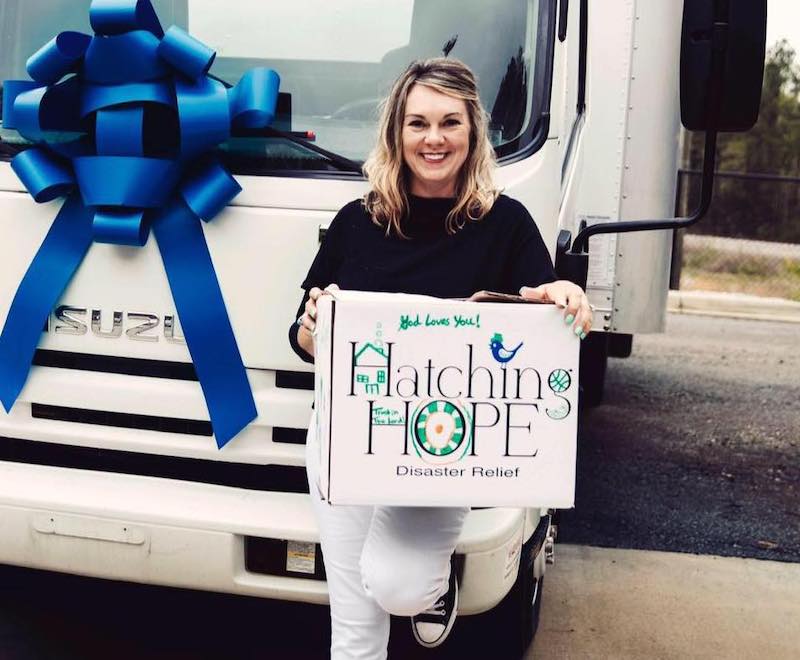 PELHAM — Hatching Hope is excited to announce the appointment of Keli Lynch Wright as executive director. This announcement comes on the fifth birthday of the disaster relief organization that Wright co-founded with her son, Ashton, in 2016.

For the last five years, Wright has served as a loyal volunteer to Hatching Hope, bringing huge success and growth to the organization, launching chapters throughout the Southeast. Along with launching the Hatching Hope Kids, Teens, and Seniors programs, Wright has led numerous relief efforts during fires and natural disasters.

In 2018, Wright launched The Marketplace to garner donations and fundraise for Hatching Hope. Since then, The Marketplace has grown into a large 4,500-square foot location in Pelham that opened in August 2020. On opening weekend, Wright lead a huge COVID-19 relief distribution event and hosted free COVID-19 testing to the Shelby County community.

Throughout the nationwide pandemic, Wright has led efforts to provide critical supplies to the community, schools, and first responders after the COVID-19 outbreak caused shortages in personal sanitation supplies.

Previous to co-founding Hatching Hope, Wright spent most of her adult career working in the Multifamily Industry. Wright and her son, Ashton, founded Hatching Hope after losing their home to a fire and being witness to so many victims of apartment fires, recognizing the need for immediate recovery assistance.

“Hatching Hope has been my heart and soul for five years now, and I am so excited to start this next chapter with the organization that I love so much and continue to serve those in need,” Wright says about her new position as executive director.

To date, Hatching Hope has served over 25,000 families, children, and pets that have been displaced due to fire, tornado and hurricanes, and affected by the COVID-19 outbreak.

Under Wright’s leadership, Hatching Hope was named Best Local Cause of Shelby County.