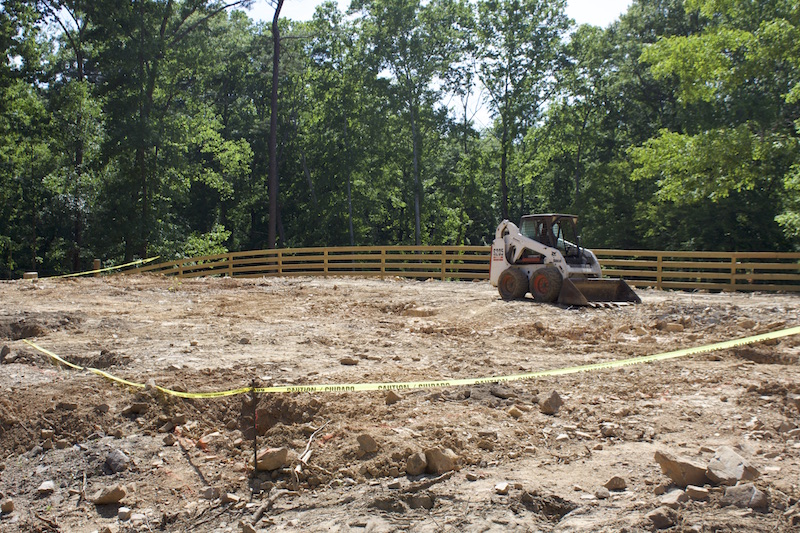 Cat-n-Bird winery in Chelsea is set to expand to accommodate 175 guests, while also increasing the outside area of the venue for weddings and other events. (Contributed)

CHELSEA – Several major expansions are coming to the Cat-n-Bird Winery in Chelsea next month, according to the owners.

Matt and Robyn Lyons, who launched the business in 2017, said they are currently in the process of overhauling the winery grounds and adding a large pavilion that will seat at least 175 guests or more. They are also increasing the winery’s outside seating area to account for larger outdoor weddings and concerts.

The move comes as the business has experienced a record-amount of growth over the past four years. What began as a hobby for the couple has transformed into a thriving business. The couple currently operates the winery full-time on Saturdays and oversees a staff of six. With full-time jobs, it was a possibility they hadn’t even considered just a short few years ago.

“We started making homemade wine when we were dating, and we found out that a lot of our friends liked the wine that we made. They’d leave us a donation, but we were just doing it for fun. We never planned on starting a business,” Matt said.

Nevertheless, the business took off, and they now entertain more than 7,000 guests annually. However, the Lyons business is a bit more unique compared to most as it is operated entirely from the couple’s basement.

Instead of sprawling vineyards, the couple discovered the secret to world-class winery from the comfort of their home, where the business has resided ever since.

“We found a farmhouse, which is the house that we’re currently in, and it had enough square footage in the basement to allow us to convert it to a winery. So technically, our winery is in our basement,” he said.

Every weekend, the couple invites guests from all over to sample a wide selection of wines. Although the Lyons may lack a physical vineyard, they import grapes and juices from around the world, and then prepare the wines onsite.

Matt said this approach maintains a variety of selections and also provides international offerings such as Italian Amarone and Australian Cabernet Sauvignon, just to name a few.

Even with the COVID-19 pandemic, the couple said that business has remained busy. The couple has served more than 3,000 customers so far this year, a 70 percent growth compared to last year and expect demand only to increase as summer approaches.

The couple had already previously purchased a nearby property for additional parking, but said that the recent uptick in foot traffic as well as the increased demand for private events had fueled the additional expansions.

The winery currently hosts on average three to four private events a week, and is currently around 2,800 square feet.

The pavilion will increase the winery’s grounds by an additional 2,700 feet and provide space for larger outdoor events, which Matt said have soared in popularity since the start of the pandemic. Just in 2020, the winery hosted 27 weddings.

“The pavilion is really going to increase our size and the number of events that we host,” Matt said.

In addition, they have added two new cellars, which Matt said were sorely needed as the couple has already produced nearly 2,000 cases of wine since the start of the year.

The investments are significant, with construction and renovations totaling more than $140,000 according to an estimate the Lyons provided to the city of Chelsea. However, the couple feels that the investment in Chelsea is well worth the price.

The city of Chelsea seems to agree, as the city council recently awarded the winery an economic development incentive package as part of the city’s Existing Business Incentive Program (E.B.I.P.).

“We are very thankful to be working with the city of Chelsea on this project. We have seen a lot of growth in this area over the past four years, and this is an opportunity for us to expand and to continue to give back to the community,” Matt said at a city council meeting on May 18.

The package includes a $2,000 upfront incentive for the Cat-n-Bird Winery as well as a 2-percent tax rebate for any future construction costs that the Lyons may have.

The program aims at promoting the growth of Chelsea businesses by helping cover design and infrastructure costs related to business expansion.

Mayor Tony Picklesimer said of the incentive package that he appreciates the Lyons’ continued support of the city with this development project.

“We want to thank Matt and Robyn for being a part of Chelsea. We appreciate that and their continued support of the city,” he said.