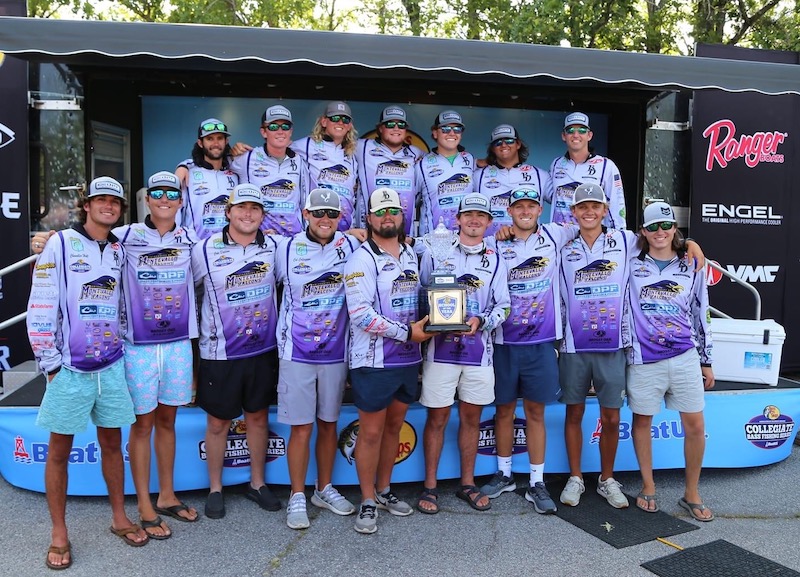 Members of the UM fishing team won the big one May 27, taking home the School of the Year honor and winning the national championship. (Contributed)

The University of Montevallo’s bass fishing team topped more than 200 collegiate fishing programs throughout the nation during the 2020-2021 season to earn the distinction of the Bass Pro Shops School of the Year presented by Abu Garcia.

Throughout the year, the UM fishing team competed in many tournaments against some of the largest universities in the nation and earned points based on their performance.

Following the final tournament of the season at Lake Murray in South Carolina on May 27, UM had amassed the most cumulative points of any team in the nation, taking home the team’s first School of the Year honor.

During a dominant season, the UM team, which is a part of the UM President’s Outdoor Scholars Program, took over the top ranking in the national standings in November 2020 and never relinquished its lead.

“I am extremely proud of what this team has accomplished. These guys have been so focused since the season started,” said Outdoor Scholars Program Director and bass team campus advisor William Crawford.

The following local students were on the 2020-2021 UM bass fishing team: