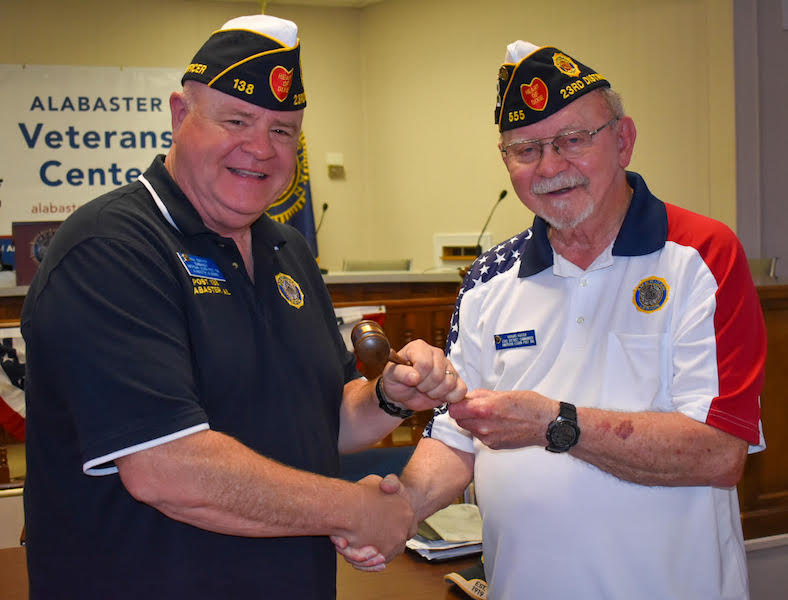 ALABASTER – Goodwin-Lee American Legion Post 138 Commander Paul Gonthier was chosen as the new 23rd District Commander for the organization following an election among the district’s posts.

Gonthier will replace Richard Kaster in the role, which represents 15 American Legion posts across three counties in the state of Alabama.

Kaster turned over his gavel as commander to Gonthier, who won the election held at the Alabaster Veterans Center on May 23. Kaster has held the position of commander since 2019.

Gonthier will officially assume the role of commander during the American Legion Department of Alabama’s annual convention in July.

As the commander, Gonthier will have one of the most important jobs in the organization, according to the American Legion website.

“They are the representatives of posts within a defined area of a department: a ‘district.’ They are the liaisons between posts and departments, responsible for relaying information through both levels. Facilitating communication in this manner ensures the Legion operates as a national entity,” according to the organization.

The commanders will provide guidance to leadership of individual posts and supervise their procedures to ensure that they are properly executing the programs and initiatives of the Legion.

The American Legion Department of Alabama will kick off their annual convention on June 17 at the Embassy Suites Hotel in Montgomery, where Gonthier will officially be sworn in for this new position.