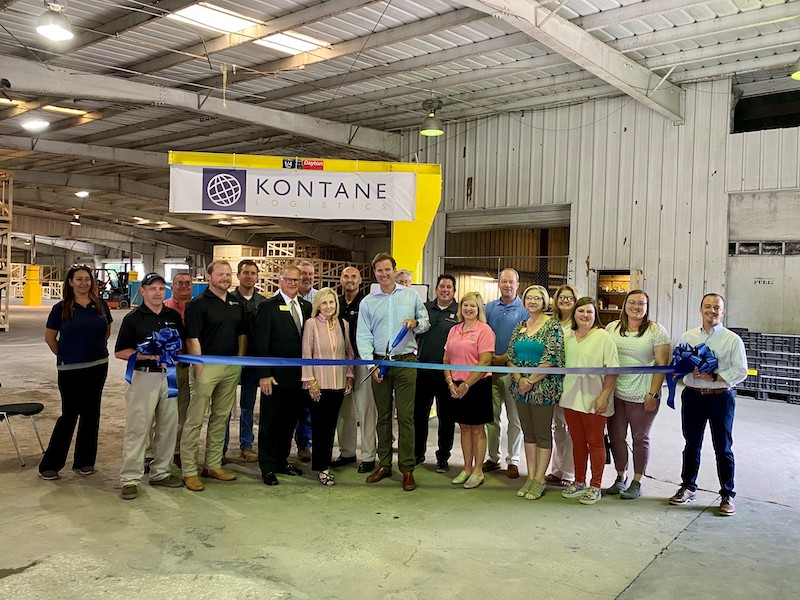 A ribbon cutting was held for Kontane Logistics, Inc., which has announced the opening of a newly relocated facility in Columbiana. (Contributed/58INC.)

COLUMBIANA — Kontane Logistics Inc. has announced the company will relocate one of its facilities to Columbiana.

The company announced last week the opening in a new facility at 500 Alabama 70 in Columbiana. The move is expected to provide a boost to the Shelby County economy as the company is an industrial packaging supplier for several companies across the U.S. Southeast, including Mercedes-Benz U.S. International.

The company also partners with several local manufacturers in the region.

Based in Hickory, North Carolina, the company provides logistics services to the truck and automotive manufacturing industry, including packaging and crating services for several companies.

The company currently operates in four states, including in North Carolina, South Carolina, Texas and Alabama and oversees five facilities throughout the U.S.

The new facility in Columbiana has been of particular focus for the company. The building space formerly housed Vulcan Coatings and has undergone extensive renovations in recent months. The company said the expansion will better help the company accommodate business services, including for Mercedes and regional partners.

The expansion was a multi-group effort by the company, the city of Columbiana and the county, according to the company. Columbiana is a central focus for the company going forward due to the area’s customer base and workforce, the company said.

Kontane operated in Calera for several years, but Columbiana will now serve as the company’s primary facility in Alabama.

A ribbon cutting ceremony was held to officially open the new facility.