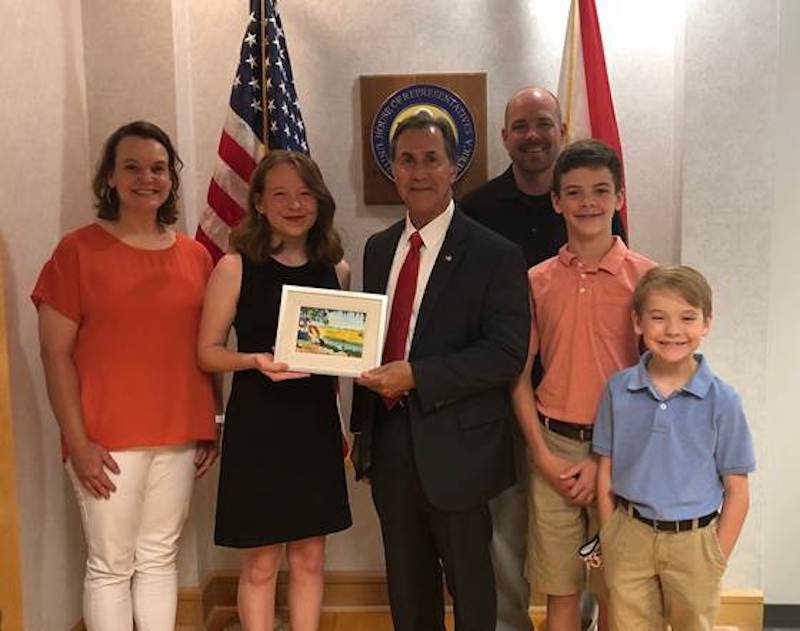 “Every year, I’m impressed by the creativity, diligence, and talent of Sixth District students who contribute their artwork,” Palmer said. “I congratulate Anna on winning the competition this year. She has much to be proud of!”

Each spring, the Congressional Institute sponsors a nationwide high school visual art competition to recognize and encourage artistic talent in the nation and in each congressional district. Since the competition began in 1982, more than 650,000 high school students have participated.

Students submit entries to their representative’s office, and panels of district artists select the winning entries. The winners’ works will be displayed for one year in the U.S. Capitol. This year, a virtual gallery of all entries from the Sixth District can be viewed for a limited time at Palmer.house.gov/services/2021-virtual-art-gallery. The winning artwork by Robbins appears featured at the top of the gallery.