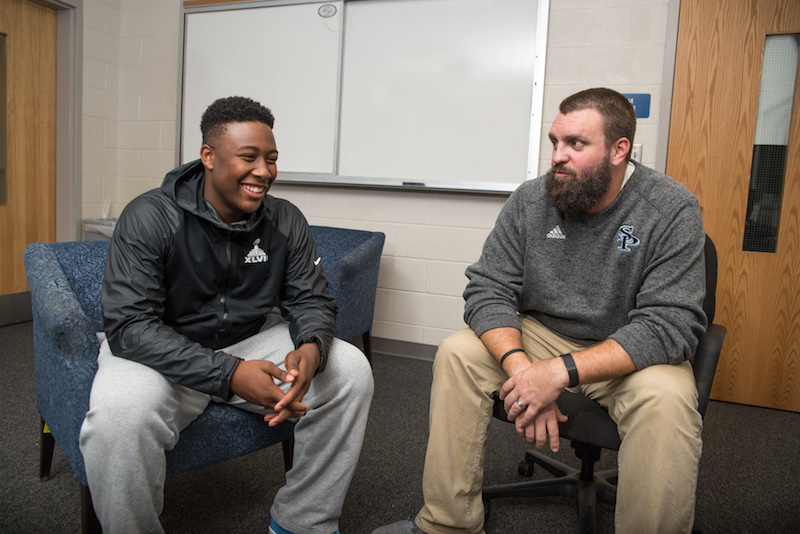 A former assistant coach at Spain Park High School, Jason Hamlin, right, has been named the next head coach of the Calera Eagles. (Reporter photo/Keith McCoy)

CALERA – The Calera Eagles will have a new football coach when they take the field this fall, and he’s one with many local ties.

Jason Hamlin was approved to the position by the Shelby County Board of Education at a meeting on Thursday, June 10, after previously serving as the defensive coordinator under Bart Sessions at McAdory.

“It’s exciting. I’m a little nervous, but it’s a good nervous,” Hamlin said of the opportunity. “I’m ready to hit the ground running, meet the staff, meet the kids, meet the faculty when school starts coming back around. I’m here and I’m in it. I’m excited for the competition and to get the kids ready to grind it out a bit.”

Hamlin takes over for Trey Simpson, who served as the team’s football coach and athletic director for the previous two years before taking on a new role at Thompson High School.

Now, Hamlin looks forward to taking over a team that continues to head in the right direction after moving up to the 6A classification.

“Coach Simpson got them in a position where they lost a couple games by two and lost like four by eight or less,” Hamlin said. “We’re getting there; we just have to get a group that realizes we can get over the hump. When they realize we can win these close games, it’s going to be special.” 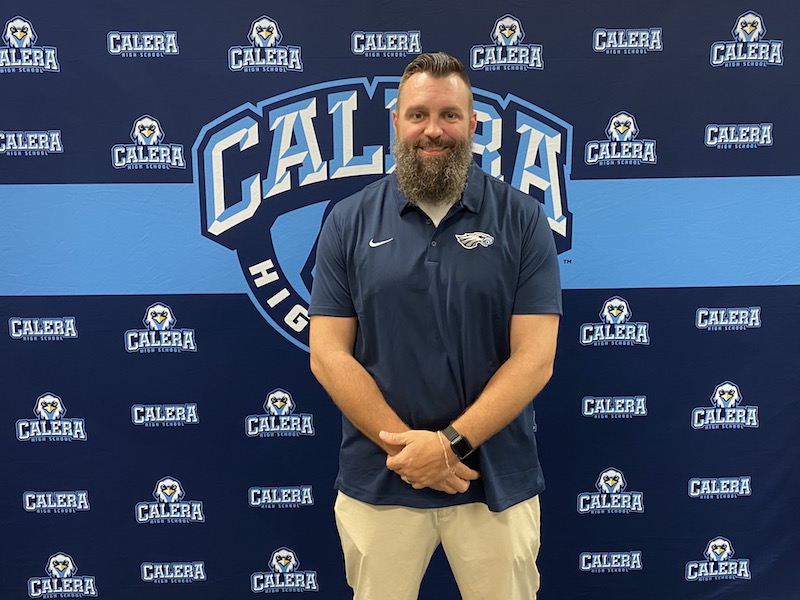 Hamlin is an Alabaster native who played at Thompson High School and currently lives in the city. After an assistant coaching stint at Thompson, Hamlin joined Shawn Raney at Spain Park as an assistant before taking on the role of defensive coordinator for McAdory.

“(Coach Sessions) was there to answer any questions and actually called me yesterday and said if there is anything I need, run with it, call him, text him, whatever,” Hamlin said. “Coach Raney at Spain Park also reached out to me yesterday, so I’ve got some guys where if I get in situations because I haven’t ever done it and have questions, I’ve got some guys I can fall back on to tell me what they would do, and then let me figure out how I need to handle it. Being surrounded by great coaches like them is just awesome.”

This past year with the Yellow Jackets, Hamlin actually got his first taste of being a head coach when Sessions was forced to miss a few weeks due to being sick.

Hamlin not only helped the team play well during a three-game winning streak just as Sessions started to miss time, but also helped them stay in tight games against Hillcrest-Tuscaloosa and Hueytown, which ended up being two losses by six points or less.

That stretch of games is what started to give Hamlin the itch to become a head coach.

“There was no catch your breath. It was hold your breath and go. We kind of figured it all out on the run, and that’s kind of what got my gears turning of ‘Maybe I can be a decent head coach,’” Hamlin said. “(Calera Principal Christopher) Myles gave me the opportunity to come over here, and I’m beyond ecstatic.”

The move to Calera marks a close one for Hamlin and his family, who live within 11 minutes of the high school.

That proximity to the city is something he says will help him with his relationship in the community because there won’t be any excuse not to support everything Calera has to offer.

“In my mind, that lets me know I have no excuse not to be up here for basketball games, baseball games, youth league games, just to be seen in the community. It’s a blessing,” he said.

Hamlin will be taking over a Calera team that continues to grow each year after moving up from 4A in 2013 all the way to Class 6A in 2018. With the city being one of the fastest growing in the state, it has led to more players, but that quick jump up two classifications has led to some struggles at times.

In their first two seasons in the classification, the Eagles won a combined two games, but have since shown promise after starting last year 3-2. Albeit two of those wins were via forfeits from other teams, the Eagles also competed the best they have at the 6A level with four losses by eight points or less and two by two points or less.

With that improvement last year, Hamlin said he can see that the Eagles are on the verge of a breakthrough.

“The sky is the limit here,” he said. “If we have young men in here who want to compete, we can go as far as we want to.”

He said he will be a wide open coach who will be running from drill to drill alongside the players, trying to keep up the team’s energy level and help them see that he is there for the players.

“I know I’m coming in in June. I have to create that trust, that relationship with the kids as fast as possible,” Hamlin said. “In my mind, if they trust me and know that I have their backs, then they’ll run through a wall for me. It takes time for them to actually trust you and not think ‘Oh, this is a guy that’s going to come in and he’s just using me to go somewhere else.’ You have to break down those walls. But once they know that you’re all about them, they’ll do whatever you need them to.” 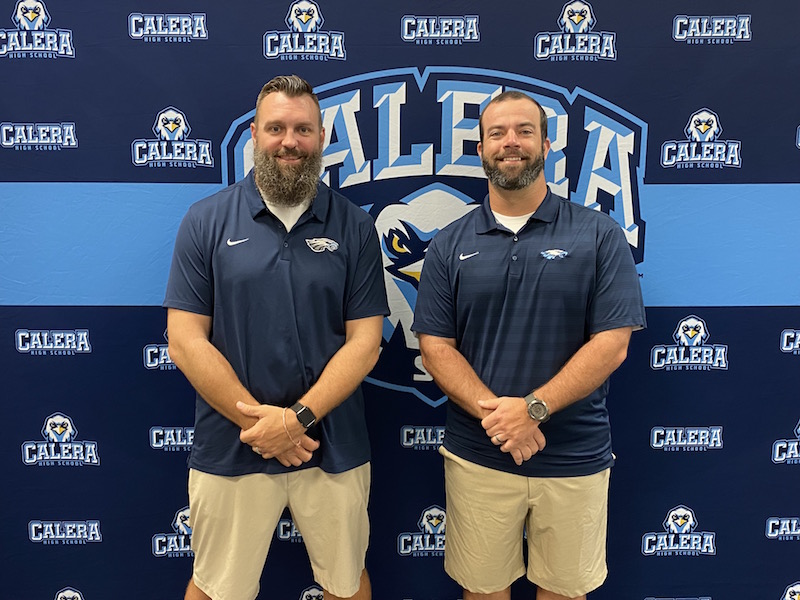 He said he plans to lean on the current coaches who have built relationships with the team and doesn’t want to change too much, saying they will likely run a 3-4 defense, but will utilize both zone and man and can switch into a 4-3 as well.

When it comes to the offense, he said the team will utilize the run to open up the passing game.

Most importantly, however, he is focused on building relationships with the players and the community.