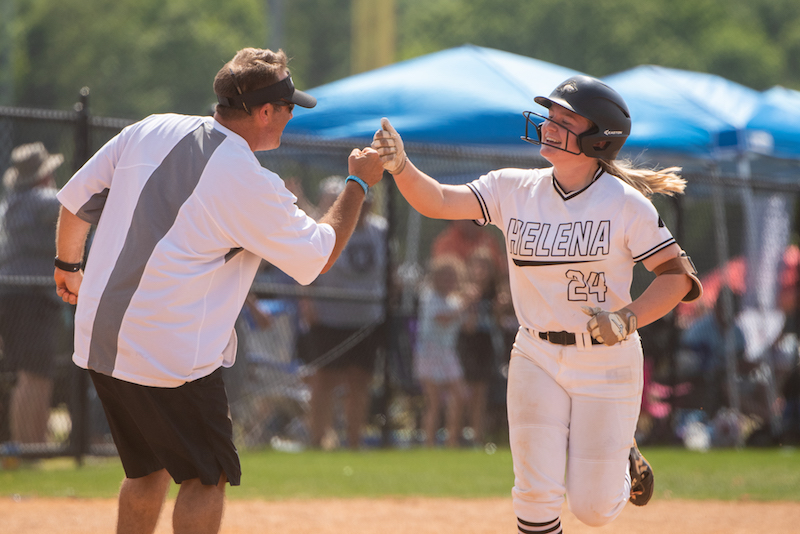 Helena head coach Scott Lowery has been named one of this year's two Coaches of the Year in Shelby County following a record-setting season leading the Huskies. (Reporter photo/Keith McCoy)

With a combined 89 wins and state tournament appearances in the two highest classifications in the state, there was little separation between this year’s top two softball teams in Shelby County.

Because of their success against the best teams in the state this season and their historic runs, there was no separation between the head coaches either, as both Helena’s Scott Lowery and Thompson’s Kevin Todd have earned the right to be named Coach of the Year following each team’s run.

Lowery did it in just his first full year leading the Huskies after taking over ahead of a shortened 2020 season.

Despite that shortened season a year ago, however, Lowery took lessons away from it and came back ready to lead a hungry Helena team this season.

The Huskies put together a 48-14 overall record during the season and ended the year with two wins at the state tournament.

Helena lost to Hazel Green 3-0 in the opening game of the state tournament but bounced back to win two in a row on Friday, May 21, to become one of the final four teams left in the 6A classification.

A heartbreaking 5-4 loss to Mortimer Jordan on May 22 ended the season, but the Huskies put together wins against top-ranked teams across several classifications, including both the 6A and 7A classification to reach a school record with their 48 victories. 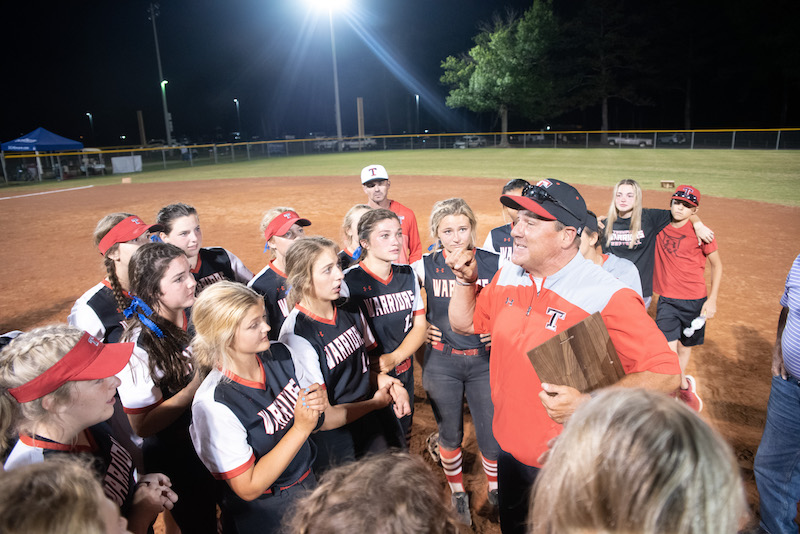 Thompson’s Kevin Todd joined Lowery as one of this year’s Coach of the Year after leading the Warriors to a state tournament appearance. (Reporter photo/Keith McCoy)

Todd and the Warriors had similar success in the 7A classification this season with an overall record of 41-9-1.

As if the 40-plus wins wasn’t enough of a sign at what a special ride they had, the single digit in the loss column was more than enough.

It also marked Thompson’s first state tournament appearance since the 2015 season and one of the best years the Warriors have had in school history.

At the state tournament, the Warriors lost to Bob Jones in the opening game 5-0, but bounced back with an 11-6 win in game two. Needing one more win to advance to the final day as one of the final four teams standing, Thompson’s season came to an end in a 7-1 loss to Hoover, who the Warriors were 3-3 against throughout the season leading up to that point.

With a young team, however, Todd and the Warriors, just like Helena, not only put together a special 2021 season but are primed to return in 2022 as one of the elite teams in the state.