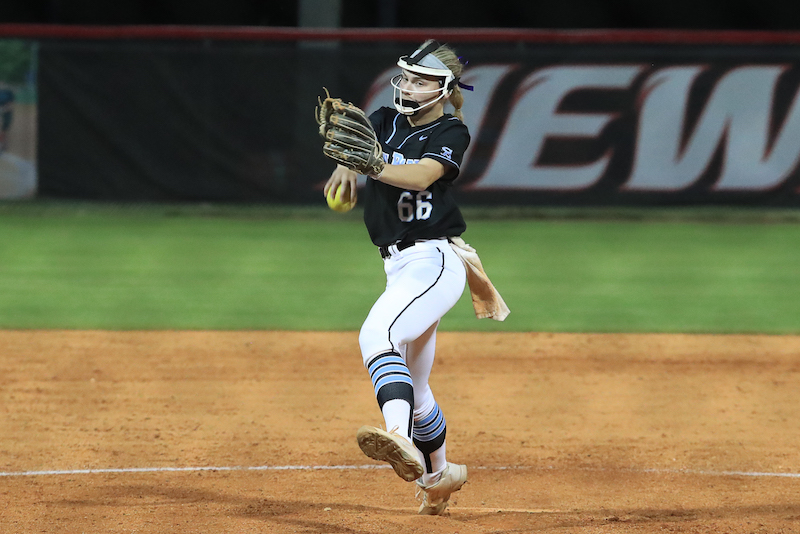 Spain Park's Annabelle Widra earned this year's Pitcher of the Year award in Shelby County and was this year's best all-around player in her final season with the Jags. (For the Reporter/Dawn Harrison)

Filled with some of the state’s best talent, the 2021 softball season in Shelby County was a memorable one for several teams who made historic runs.

With more than 20 players holding a batting average greater than .400 and four pitchers with ERAs of less than 2.00, narrowing down the top players in the county for the All-County team was difficult enough, but finding the top two players was next to impossible.

But at the end of every statistical breakdown, two names continued to pop up—Spain Park’s Annabelle Widra and Thompson’s Jenna Williams.

Widra, who has either won outright or shared the county’s Player of the Year award since her eighth grade year, has been starting since the seventh grade and put together another jaw-dropping season to finish out her high school playing days.

This year, she was the county’s top player, and there is no second guessing that after what she did both at the plate and in the circle.

She is once again receiving the Pitcher of the Year award for the third year in a row after putting together a 1.20 ERA in the circle with a record of 20-5.

Widra gave up just 63 hits, half of what the next best pitcher in the county did, and allowed just 30 total runs. She also finished second in the county with 236 strikeouts with Helena’s Camryn Bailey leading the way at 259.

While she has been named the Pitcher of year, she was also one of the top hitters in the county as well.

She batted .490 this season and tied for the most home runs in the county with 15. She also added 49 total hits and 47 RBIs with eight doubles and three triples. She also walked a county-high 30 times and finished third with 32 stolen bases in 35 attempts. 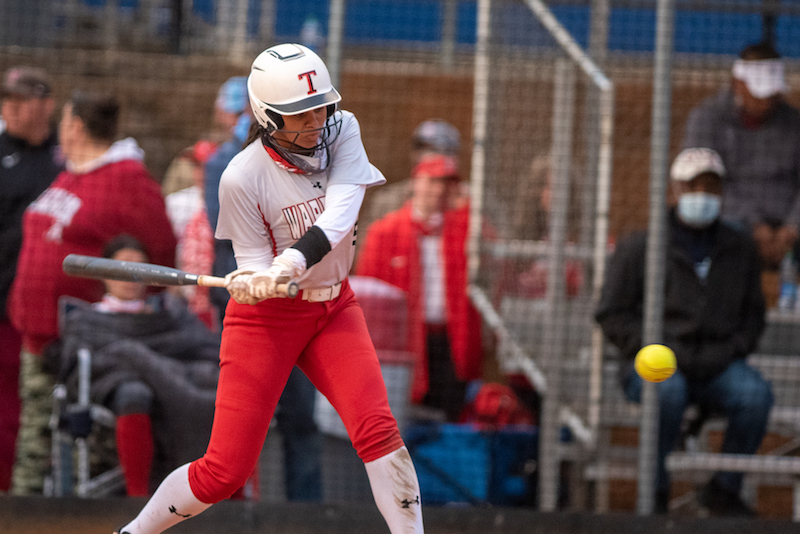 Jenna Williams was named this year’s Hitter of the Year in Shelby County after a strong season for the Thompson Warriors. (File)

Picking a hitter of the year with Widra already receiving her honor was a tall task.

She also came through with big hit after big hit this season, leading the county with 75 hits and finishing second to pate with 55 RBIs to earn this year’s Hitter of the Year award in the county.

Her play at the plate was a major reason Thompson was able to make a run to this year’s Class 7A state tournament.

Both Widra and Williams were just two of many stellar athletes this season, but their play on the field helped separate them as the top two in the county.