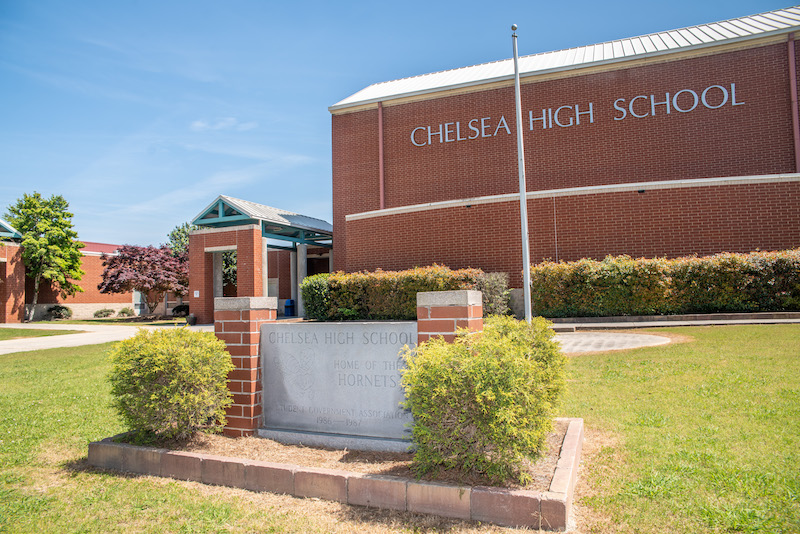 The Chelsea City Council approved a feasibility study to determine whether or not the city should start its own school system. (File)

CHELSEA – The city of Chelsea is exploring breaking away from Shelby County Schools and creating the city’s own school system.

On Tuesday, June 15, the City Council voted to hire Criterion K12 Consulting LLC to perform a feasibility study relating to the possible formation of an independent municipal school system for the city.

It will also provide information on future capital needs, expanded technology capacities and needed or required services for needs students.

According to Mayor Tony Picklesimer, the decision is being considered due to Chelsea’s unprecedented growth over the past decade.

According to Picklesimer, Chelsea is one of the fastest growing cities within Alabama. From 2010-2019, the city’s population grew by nearly 4,000 residents, an increase of 39 percent. It is projected than an additional 650 homes will be built within the city by the end of 2025.

That growth also extends to Chelsea’s adjoining sister communities whose families’ children currently attend one of the five Shelby County schools in the Chelsea zone.

“As we look ahead at educating a growing student population, we know the needs of our students are increasing. They will require and deserve new and improved school facilities, including a new high school and increased learning opportunities and more,” Picklesimer said. “As other parts of Shelby County also continue to grow, the increasing demands placed upon the county school grow. We believe that now is the right time to take the responsible next step in gathering information to explore the possible formation of a Chelsea school system that would be solely focused upon meeting the needs of students living within the communities that our schools currently serve.”

Upon the possible completion of a new high school, Picklesimer said it has been recommended to him by educators familiar with the system that the three elementary schools be converted into K-4, the current middle school become an intermediate school serving grades 5-6, and the current high school become a junior high serving grades 7-8. This decision ultimately will be made by the school board to be appointed by the City Council.

“The city will begin an effort with hopes to offer annexation to every student currently attending the five Shelby County Schools serving the city of Chelsea,” Picklesimer said.

The city of Chelsea will offer annexation opportunities through elections for the northeast side of the city, which will include, but not be limited to, The Narrows, Highland Lakes and the residents of the Dunnavant Valley corridor.

On the northwest side of the city, Chelsea will be working with city of Westover to see what can be worked out between the two cities. The rest of the areas in and around Chelsea that are part of the “holes” in the city map will be encouraged to apply for annexation through the standard annexation process, on the city website.

“It’s our desire that every student that now attends Chelsea schools would be able to be annexed and attend a municipal school system if its formation is successful,” Picklesimer said.

A news school system would likely require an ad valorem property tax; the amount of mills needed for the school system will be determined in the feasibility study.

Picklesimer said the entire effort is being made because Chelsea needs a new high school, which he said Shelby County Schools does not have the means to build right now.

“Our city is 25 years old, and we feel like this is our time. We currently do not have a property tax in the city of Chelsea and can add a small one and break away from the county system and form our own independent system. We are asking the Chelsea residents to make this decision for the city,” he said.

The feasibility study will take about 90 days to complete and results from the study are expected by Oct. 15. Afterward, there will be two votes, one for annexation by election vote in each of the neighborhoods and a vote on the property tax.

The city of Chelsea passed a 1 cent sales tax in October 2018, and to date has given more than $1 million to the five schools through the Nick Grant program. Those funds will continue to be used strictly for the schools, and hopefully for the Chelsea school project, Picklesimer said.

The earliest a Chelsea City School system would be in place is 2023, according to the study’s website.