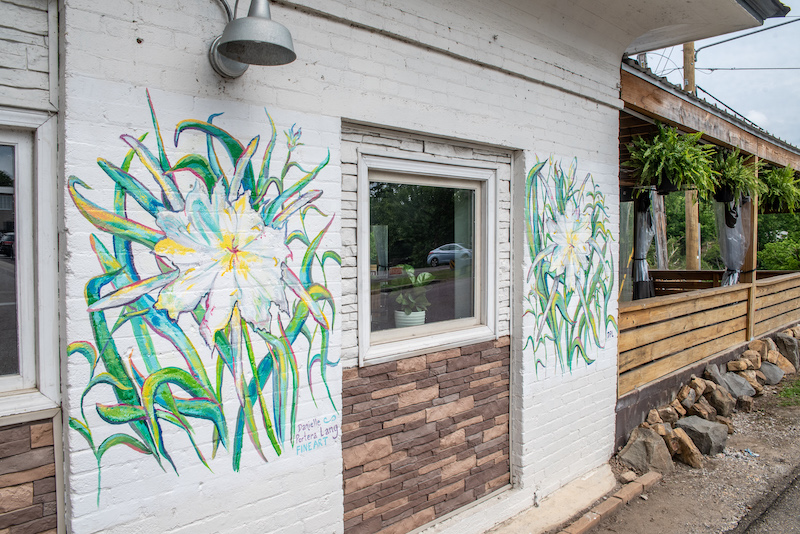 A mural painted on Oversoul Brewing by Danielle Lang is one recent example of the booming presence of artists in Shelby County. (Reporter Photo/Keith McCoy)

There are many things that connect communities together regardless of personal views or traditions. However, there are even fewer that spread across the entire population as a shared experience. One of those few things is art.

Art can take on a number of forms whether it is through painting, music, dance, crafting or abstract interpretations. Sometimes it is easy to spot and sometimes it exists in more of a “you know it when you see” dimension.

As far as Shelby County is concerned, artists have been on full display with many being featured at markets, fairs or community events. Some have even been commissioned to add extra flair to businesses and other buildings through murals.

Student artists were highlighted at Columbiana’s recent Arts on Main event. Businesses along Main Street in the city featured exhibits of student artwork. Young artists such as Hannah Smith were given an opportunity to express their creativity to a larger audience.

Smith’s created a painting, titled “Codependency,” which featured a butterfly surrounded by four human hands with three holding pushpins and a fourth reaching out.

“The pins and the hands are representative of like abuse. And then there’s one hand reaching out, which I think is really up for interpretation,” Smith said describing the piece.

Another example of arts being on full display is the mural painted by Danielle Lang that sits right in the middle of Old Town Helena.

After being commissioned by Oversoul Brewing to create something that would catch the eye of the passing public, Lang began work on her piece which depicted her abstract interpretation of a Cahaba Lily.

“The Cahaba Lilies are very rare and special to this area, which made them perfect for this piece,” she said. “The fact that the mural is right next to the river makes it even more appropriate.”

Lang’s motives for creating this work were greater than just opportunity or money. It was to emphasize one of the key benefits that art provides to any community: comfort.

With hundreds of cars passing through this area each day, Lang said that if her mural can make someone’s drive that much more beautiful and pleasant then she has done her job.

These are only two examples, but art is prevalent throughout many communities. Inspiration struck many over the last year and you are more than likely to find something that you can connect with.