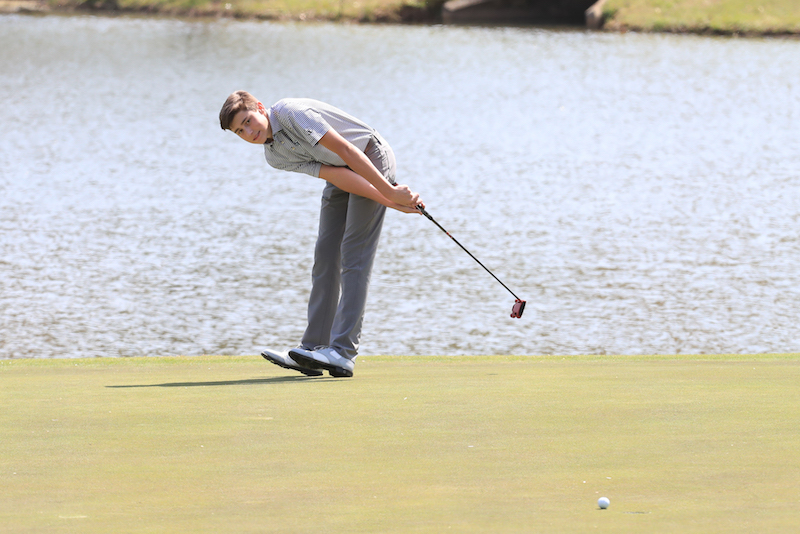 Former Spain Park standout Hayden Carner was named this year’s Community College Athlete of the Year in Alabama and has become one of the top junior college prospects in the country. (For the Reporter/Dawn Harrison)

Following a stellar career on the course for the Jaguars, Carner put together a special season at the collegiate level by finishing fifth or better in every tournament he competed in this past year.

“Hayden has proven to be an excellent young man in all aspects since joining the Trojan golf program,” head coach Dave Jennings said. “Along with being quick witted, and a tremendous gentleman of high character, he has proven to be a leader of the CACC Trojan golf team. He has attained that position through his hard work ethic, performance on the golf course and by being a student of the game.”

The freshman not only finished in the top five of every tournament, which featured 11 tournaments between the fall and spring, but he also won two events, including the ACCC Conference Championship.

During the championship, he was tied for the lead at 12-under par but went on to earn the title after beating Jeff State’s Dillon West in a three-hole playoff.

His win helped CACC win the team title behind an aggregate score of 9-under, while they finished sixth in the final National Junior College Athletic Association rankings.

Thanks to his success on the course, Carner was considered for the annual Palmer Cup and was a finalist for both the Phil Mickelson and Jack Nicklaus awards.

He went on to be named an All-Region and All-District golfer for his efforts and was named a PING First Team All-American by the Golf Coaches Association of America.

In addition to his play on the course, Carner held a 3.9 GPA during his freshman year, including a 4.0 in the fall semester.

Receiving interest from several SEC schools and other major colleges, Carner will return to CACC for one more year to get his associates degree before transferring to a four-year school to finish his collegiate playing days.