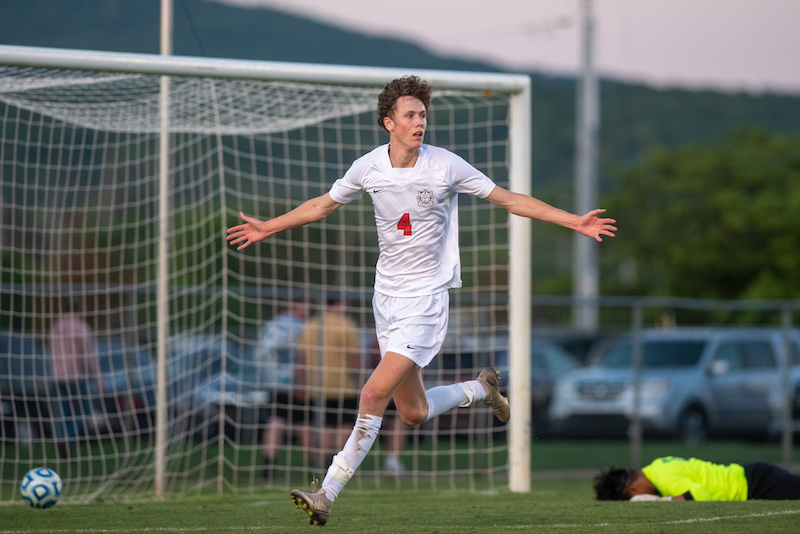 After totaling 52 goals this season and earning the MVP of the Final Four, Indian Springs’ Jackson Nabors has been honored with this year’s Alabama Boys Soccer Gatorade Player of the Year award. (Reporter photo/Keith McCoy)

PELHAM – One of Shelby County’s most dynamic soccer players has been honored as this year’s Gatorade Player of the Year in Alabama after a jaw-dropping junior season.

Jackson Nabors, who led Indian Springs to a state championship this season, earned the honor as the boys’ winner in Alabama after totaling 52 goals and 23 assists this year.

Nabors was a big reason Springs scored a state-record 140 goals this season after scoring or assisting on more than half of team’s goals during a historic season.

That play on the pitch also earned him this year’s Shelby County Player of the Year and a spot on the All-County and All-State first teams.

While Springs did have some easier games on the schedule that helped him hit those historic marks, he also performed his best against state-championship contending teams like Pelham, John Carroll, Homewood and Westminster at Oak Mountain, before finishing the postseason with his best play against the top teams in his team’s classification. 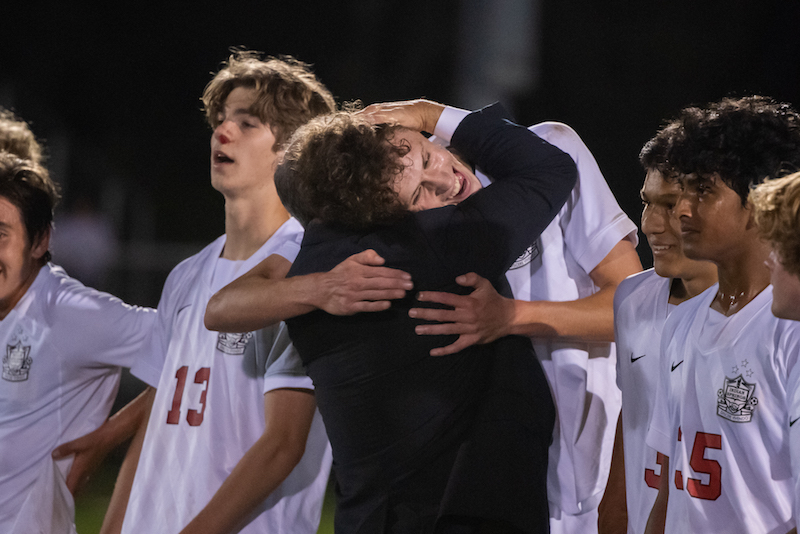 After leading Indian Springs to a 4-0 win against Marbury in the first round of the playoffs, Nabors played a big role in a 2-1 win against No. 4 John Carroll in the second round before helping them beat No. 9 American Christian 9-1 to earn a trip to the Final Four.

And that’s where Nabors put his talent on display on the biggest stage.

During the semifinal game against Montgomery Academy, Nabors walked away with assists on both of Indian Springs’ second half goals in a 2-0 win to advance to the championship.

Then, in the title game, Nabors scored both of the team’s goals to earn the MVP of the Final Four.

His first goal came in a full sprint, as he leapt in the air and headed the ball from 5 yards outside of the penalty box over the top of the goalie’s hands and directly into the back of the net.

He then completed his two-goal performance later in the first half when a ball was sent far down the field for him to catch up to, and he did just that. In another full-on sprint, he just beat a defender to the ball and got a clean kick on it to squeeze it by the keeper for his second goal in less than 10 minutes.

Nabors is the third Gatorade Alabama Boys Soccer Player of the Year to be chosen from Indian Springs School.

The award, which recognizes not only outstanding athletic excellence, but also high standards of academic achievement and exemplary character demonstrated on and off the field, distinguishes Nabors as Alabama’s best high school boys soccer player.

Now a finalist for the prestigious Gatorade National Boys Soccer Player of the Year award to be announced in June, Nabors joins an elite alumni association of state award-winners in 12 sports, including names like Alexi Lalas, Steve Cherundolo, Matt Besler and Jack Harrison.

The MVP of the Class 4A-5A Final Four has served on Birmingham’s Youth Philanthropy Council and has volunteered locally on behalf of food banks, Christmas toy drives and an Urban Service Camp empowerment week in association with Birmingham YouthServe.

Nabors has also maintained a 3.69 GPA in the classroom at one of the country’s top schools.

Through Gatorade’s cause marketing platform “Play it Forward,” Nabors has the opportunity to award a $1,000 grant to a local or national youth sports organization of their choosing. Nabors is also eligible to submit a 30-second video explaining why the organization they chose is deserving of one of twelve $10,000 spotlight grants, which will be announced throughout the year.