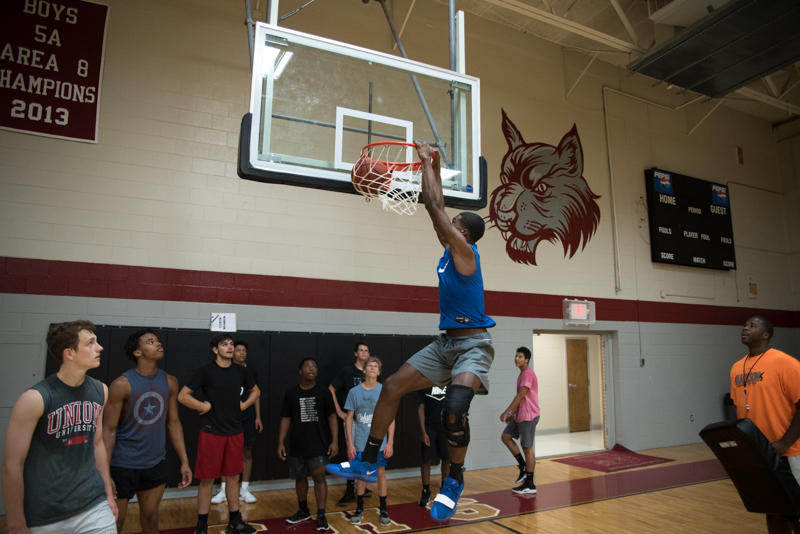 The Bobby Madison Basketball Camp will return next week for its 11th year. (Reporter photo/Keith McCoy)

COLUMBIANA – After celebrating its 10th anniversary in 2019, the popular Bobby Madison Basketball Camp held in Columbiana each year is returning for its 11th year June 28, 30 and July 2.

It marks the return of the camp hosted by former Shelby County High School great Bobby Madison after it was forced to take a break last year due to COVID-19.

Madison also played basketball collegiately for Western Michigan University before playing professionally overseas. Now, he gives back to his community each summer by teaching basketball fundamentals at his popular camp.

The camp’s goal each year is to not only help grow the game he grew up loving but build up sportsmanship among the campers involved.

In its 11 years, the camp, which is held at Shelby County High School, has turned into one of the most popular youth camps in the Birmingham-metro area with more than 100 campers attending the week each year to learn from one of the county’s greatest success stories in the sport.

Madison’s background in basketball has been an impressive one.

Other coaches from around the area, current players and former players will all help with making this year’s camp as successful as past camps.

If you would like to attend this year’s camp, you can email bobbymadisonbasketballcamp@gmail.com to see if any spots are still available. It is open to boys and girls between the ages of 6 and 13.

The camp costs $50 and no walkups are accepted the week of the camp. You can also visit Facebook.com/Bobby-Madison-Basketball-145959528794562 for the latest on camp information.

Get to know Athlete of the Week Malachi Adams