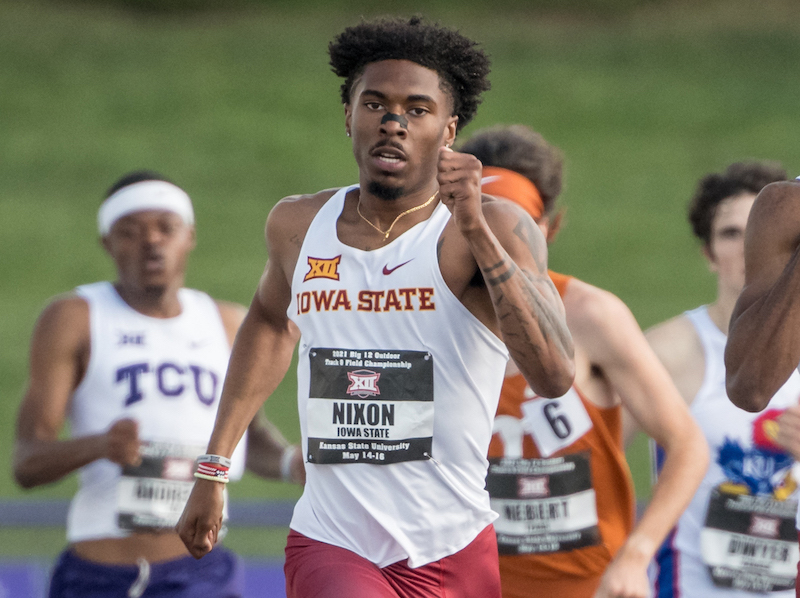 Daniel Nixon, a former track star at Spain Park High School, finished seventh in the 800-meter run at the Olympic Trials, making him one of the top runners in the country. (Contributed/Iowa State Athletics)

EUGENE, Oregon – Three weeks ago, he was contemplating his future and on the verge of giving up the sport he loved.

On Monday, June 21, however, Daniel Nixon finished four spots from qualifying for this year’s Olympic games in the 800-meter run.

The former Spain Park track star checked himself mentally and was able to clear the negative thoughts from a difficult end to his final collegiate year so he could refocus on a push to the Olympic Trials.

“I didn’t even make it out of the first round of regionals in the NCAAs,” Nixon recalled. “Regionals consist of prelims and finals to determine who makes it to the NCAA National Championships and I couldn’t even get out of the prelims.”

That’s when Nixon, a former star at Mississippi State who transferred to Iowa State for his extra year of eligibility due to COVID-19, started to second guess himself.

“That made me really reflect on my current situation,” he said. “I was close to moving on with life and putting this behind me. I decided to get back to my roots and call my family to talk about it. They told me it was still in me, so I just had to believe in that and trust God.”

From there, Nixon continued to train before competing in Nashville and Portland at separate meets in early June. He quickly saw his confidence grow after winning the Music City Track Carnival in Nashville with a time of 1:47.35.

Still, he didn’t know if he had done enough to earn an invite to the Olympic Trials and even competed in a 1,500-meter event in Memphis two days before the trials.

That’s when he got the notice that he would be one of the 32 people from the country to compete in the 800-meter run for a spot on the U.S. Olympic team.

Three weeks after contemplating whether or not he even wanted to compete in the sport anymore, Nixon earned a spot among the best in the country.

And that was just the beginning of a remarkable story.

“Just to get there was surreal enough,” Nixon said. “At the beginning of the season, one thing I knew, especially getting an extra year in college due to COVID, is that Olympic Trials was the end goal.”

Now that he had accomplished that goal, he refocused on living in the moment and setting his mind to just advancing during each stage of the trials.

With a total of 16 runners advancing from the first round, Nixon started his heat knowing a top-five finish would likely get him into the semifinals.

Competing in the same heat as U.S. record holder Donavan Brazier, Nixon ran 1:46.15, which finished fifth on the dot in the heat, but also fifth overall on the day and one second off his personal record and the pace set by Brazier.

A day later, Nixon followed his remarkable start to the trials with another impressive performance. Needing to finish in the top eight to advance to the finals, he finished fourth in his heat and fourth overall with a time of 1:46.21.

That earned him a spot as one of the top eight runners in the country and made him a finalist in the Olympic Trials.

“It was a whole different animal,” Nixon said of walking into the stadium for the finals. “It was crazy, because the night before, I was aware of who would be in the finals and they’re top guys in the country, some of the top in the world. We had Olympic and World Championship medalists and contenders and Isaiah Jewett, who just ran and won the NCAA title. Everybody was so respectable.”

Nixon, however, wasn’t star struck and posted a personal record running alongside some of the top athletes in the world.

His time of 1:45.56 was the second fastest in Iowa State school history and earned him a finish of seventh ahead of Brazier.

The fast pace of the race prevented him from being one of the top three to qualify for the Olympics as Clayton Murphy, Jewett and Bryce Hoppel all ran between 1:43.17 and 1:44.14 to claim the top three spots. 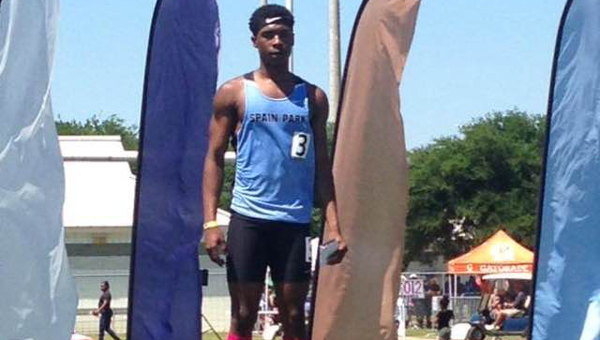 Nixon after winning the 2015 state championship at Spain Park. (File)

But five years after watching the trials at home as a fresh graduate from Spain Park and three weeks after almost giving up the sport, Nixon knew he had lived a dream that he didn’t know would ever come.

“It was unreal,” he said. “I’m blessed to be considered in the top eight. I decided going in, that regardless of the outcome, regardless of the time, I would give God the praise and be proud of what I accomplished. I’ve left Eugene in good spirits.”

Nixon, who won three state championships in the 800-meter run at Spain Park, said that foundation and the way he was raised were what set him on the path to make it this far in the sport.

“I was raised to be well-rounded, strong in my faith and value education,” Nixon said. “Those were three big things my family instilled in me, and I truly believed in being a student athlete. I wanted to be involved in the community by volunteering, I wanted to focus on school and I wanted to compete. In doing that, I realized my sophomore year at Spain Park, I could do something special with track.”

Now, he’s one of the top eight runners in the country, and he feels like he’s still in his time frame to be successful in the sport. He said he eventually wants to be an athletic director, but knows he still has a window to compete highly in running and hopes he can help inspire other young athletes to believe in their dreams.

“If I can do it, anyone can do it,” Nixon said. “Three weeks ago, I was ready to hang it all up and be done. I had to really believe in myself to bounce back. It’s just a message to the young kids, you don’t have to be the biggest name, you just have to trust God and believe in yourself and anything can happen. It’s all about how bad you truly want it.”