Shelby County hopes for similar success from this year’s schedule 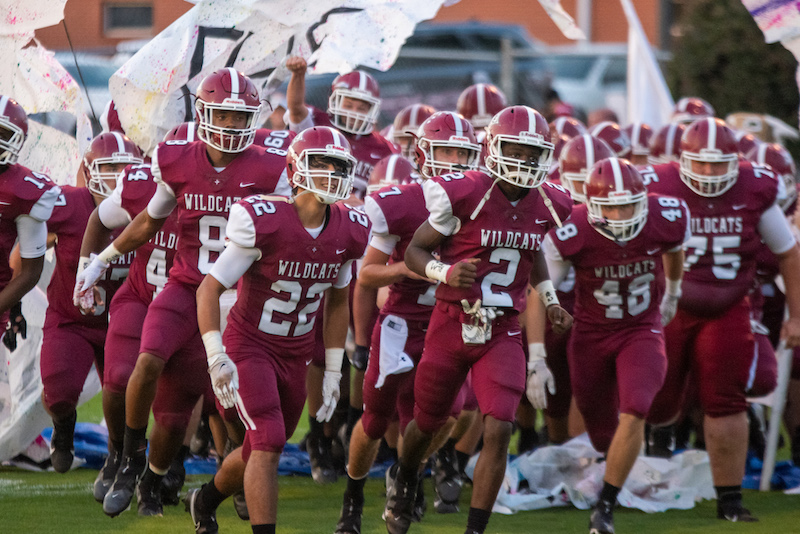 The Shelby County Wildcats will look to make the playoffs for the second year in a row under first-year head coach Zeb Ellison with a schedule that features opportunity. (Reporter photo/Keith McCoy)

COLUMBIANA – Coming off their first playoff appearance since 2009, the Shelby County Wildcats are licking their chops at the opportunity presented on this year’s schedule under new head coach Zeb Ellison.

The Wildcats will be replacing several talented players, but compete in a region that should offer them a chance to make the playoffs two years in a row with confidence and a fresh perspective under their new coach.

Ellison has been known as a coach players enjoy playing for and many think he is going to do a great job, which should give them a chance at finishing in one of the top-four spots this season in Class 5A, Region 3.

The Wildcats finished fourth last year with one loss by two points and were probably a better team than that, which should give them confidence heading into this season.

Demopolis will once again be the challenger for the top spot in the region this year after going 11-1 overall last year and 6-0 in region play, but behind that, it should be wide open.

Selma, Marbury and Shelby County finished in the next three spots at 7-5, 6-5 and 6-4, respectively, overall. Jemison and Central-Tuscaloosa both finished 3-7 overall and 2-4 in region play last year, while Sipsey Valley was winless.

That means any of the final three spots in the region should be a close battle once again, and Shelby County will have plenty of opportunity on this year’s schedule.

The Wildcats will open the season on Aug. 27 with a road trip to county rival Montevallo, who resides in the 4A classification.

Shelby County was able to win that battle last year 20-18, but the Bulldogs were less experienced in that matchup and will likely be the more experienced team this year.

The Wildcats beat Sipsey Valley 35-0 last year, and should be the favorite in that one again this year, but Selma will prove to be more of a challenge.

The Saints finished 5-1 in region play to claim second last season, but the win against Shelby County marked their closest of the season.

The Wildcats tested Selma in a 12-10 loss and will be motivated for redemption this season in hopes for a 2-0 start to region play.

Then comes the toughest test of the season on Sept. 17 when Shelby County hosts Demopolis. The Wildcats lost the matchup 48-20 last season, while the Tigers went on to claim the region crown, finish the regular season 10-0 and the season 11-1.

Following that difficult matchup, the Wildcats will hit the road for three consecutive games, but will get a break from region play on Sept. 24 with a trip to Clanton to take on Chilton County.

Shelby County was able to pull off a 27-21 win in that game last year, but it was tightly contested then and should be once again this year between the two rivals.

The Wildcats will then take on a Central Tuscaloosa team they narrowly escaped last year to open the month of October. Shelby County picked up a 17-14 win a season ago in that matchup, and will hope for another win this year with that game likely playing an important role in the playoff picture.

On Oct. 8, SCHS will be looking to redeem one of its three region losses at Marbury. A 42-27 game last year determined who got the three seed out of the region after both finished 3-3 in region play.

That will lead into a bye week before the Wildcats return home for two consecutive games to finish the regular season.

Shelby County will close region play on Oct. 22 with a matchup against Jemison, who the Wildcats beat 34-6 last year, and will then take on Talladega in a non-region game to close out the regular season after winning that matchup 28-23 last year.

If the Wildcats want to earn a playoff spot through that schedule, it will likely come down to the ability to adjust to Ellison’s style of play.

But the confidence should be high after the team put together its best defensive season in years last season with a defensive coordinator now as their head coach.

Should that side of the ball perform well again this season, the Wildcats will likely have a chance in just about every game.