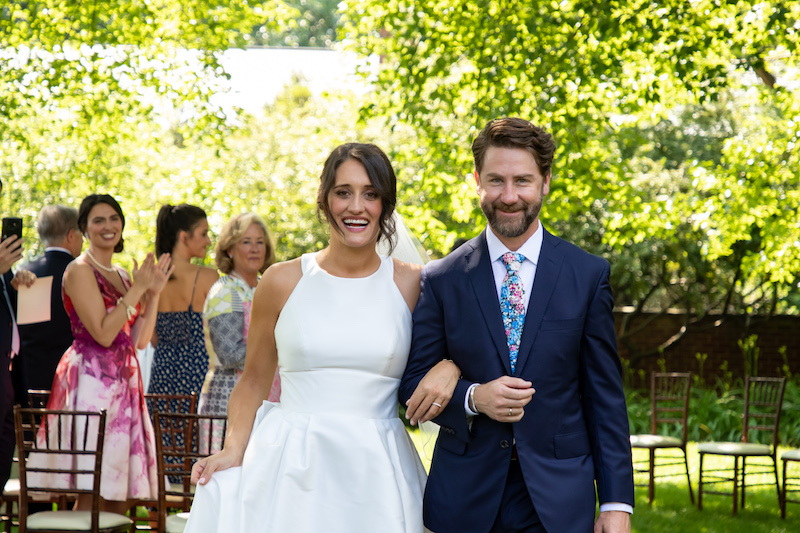 Angenette Meaney and Matthew Gerber, both of Charlottesville, Virginia, are pleased to announce their marriage.

The bride is the daughter of Angenette and Robert Meaney of Old Greenwich, Connecticut. She is the granddaughter of the late Jane and Robert Duffy and the late Helen and Thomas Meaney.

She is a 2005 graduate of St. Paul’s School and a 2009 graduate of the University of Pennsylvania, where she majored in history.

She is employed at Fintech.

The groom is the son of Kay and John Gerber of Birmingham. He is the grandson of the late Hazel and Charles Newer and the late Mary and Howard Gerber.

He is a 1995 graduate of Chelsea High School and a 1999 graduate of Auburn University, where he majored in forestry.

He works in investing.

The couple met in New York City in February 2020 and hit the COVID Express Lane when quarantine began.

They quarantined together in Charlottesville and spent the summer and fall together.

The groom proposed over the Thanksgiving holiday at Flat Neck Point in Greenwich, Connecticut, while visiting the bride’s parents.

The couple wed on June 5, 2021 in Charlottesville.

They reside in Charlottesville, where both attended business school.