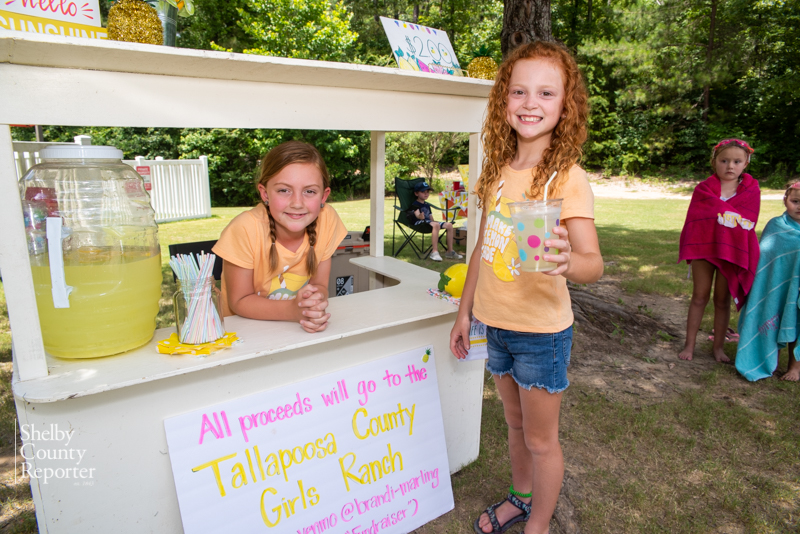 Maggie Marling, right, and her friend Jamison Garzarek opened a lemonade stand over the weekend to raise money for the Tallapoosa County Girls Ranch after a tragic wreck on Interstate 65 killed eight from the ranch. (Reporter photo/Keith McCoy)

CALERA – Sitting around bored on a typical summer day in the Timberline neighborhood of Calera, Maggie Marling sprinted up to her dad inside their home and started shouting out the best idea she had ever come up with.

“Dad, dad, I want to start a lemonade stand,” she said ecstatically to her dad, who was trying to balance a business call in one ear and Maggie asking questions of what she needs in the other ear. “Where can I get lemons? Where can I get cups?”

Her dad, George, put the phone aside for a brief second and told her to draw up a business plan.

“He was like, ‘Look, you can’t just start something like this without a plan. I need you to draw me up a business plan before and bring it to me, then I will answer your questions,’” recalled Maggie’s mom Brandi. “I think George thought it would just keep her busy for a few minutes, but it turned into a few days.”

At the time, George didn’t know how seriously Maggie would take his advice of building a business plan, but she was determined to make a difference in someone’s life through her lemonade stand.

What started as an idea shouted to her dad on a business call became a 20-page business plan drawn out through crayons and colored pencils.

“I went and got some crayons and pencils and stuff,” Maggie recalled. “I put all the details in there for what I wanted the stand to look like, what I needed for the stand, who I wanted to help me and a list of charities.”

One of the pages, which highlighted what she wanted the sign on the stand to look like, read “$2 fresh lemonade for charudie.” 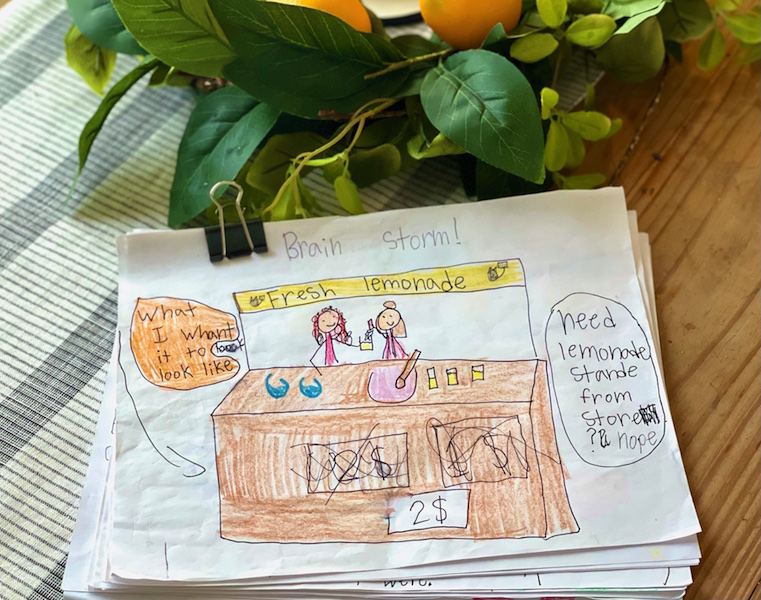 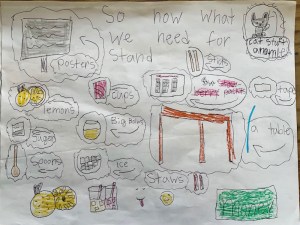 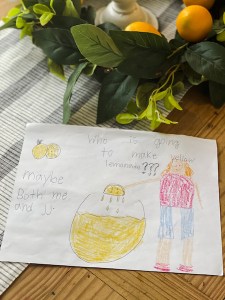 According to Brandi, the business plan included several ideas for how to help different causes and included her friend Jamison Garzarek.

“Once they heard about the accident involving the Tallapoosa County Girls Ranch and all the kids who lost their lives, the girls started learning about the Ranch and knew that was the charity they wanted to help,” Brandi said.

So with their business plan, the two friends got to work on creating the best lemonade stand.

Thanks to help from the community, they got all of the supplies they needed and set up the stand for June 25-26.

When life hands you lemons, you open a lemonade stand for charity

Next in the business plan was trying to figure out how to attract people to their lemonade stand at Timberline’s pool, which is hidden off the main road. That, however, became the easiest part of the plan when the girls announced on Facebook they were raising money for the Tallapoosa County Girls Ranch.

The Ranch had its heart ripped apart on Saturday, June 19 when eight kids from the Ranch died after the bus carrying them home from a beach trip was part of a tragic pileup on Interstate 65.

A total of 10 people involved in the wreck died, including a father and his 9-month-old daughter in one car and the eight girls from the Ranch in their bus.

The Tallapoosa Girls Ranch is one of four around the state started by sheriff’s departments to help children in need. Some have often been abandoned by their parents or grow up in dysfunctional homes, but the Ranch takes them in to provide a Christian family atmosphere to give them their best chance at life.

This particular group, who had grown up with difficult childhoods, got to enjoy a trip to the beach but were tragically killed on the way home in an accident that started due to a car hydroplaning.

“I lost my mother at 10 to a car accident,” said Jamison’s mother Erin. “Knowing that is close to their age, it is so tough to explain that in an instant like that, everything can be gone. Being able to explain to my daughter that no one got to say goodbye, it was just a complete tragedy. It meant a lot to me that the girls wanted to help people who had been hurt in that kind of situation because of what I went through.”

Maggie and Jamison took the cause to heart as well. Neither complained or asked for help from their parents along the way.

While other friends were playing in the pool right next to them, the two girls never asked to leave the lemonade stand to go swim. Instead, they remained dedicated to the cause.

During the heat of the day, Maggie and Jamison squeezed more than 50 lemons by hand, mixed in the water, sugar and ice, and served close to 70 cups per day, never losing sight of why they were there—helping a community in mourning.

“It’s hard for both of our kids, who have both parents and are so blessed, it’s hard to make them understand the value of what they have without seeing what others don’t have,” Erin said. “It makes materialistic stuff not seem as important. They knew where this money was going, and never asked for our help.

It meant a lot as parents to see our kids have an idea where they knew they weren’t getting anything out of this other than helping others. They never complained and not once did they ask to leave or do something else. It’s rare to see that, especially from 8 year olds.”

The hard work paid off with the girls raising a two-day total of $2,800 through lemonade sales and donations.

“When we heard about the tragedy, we just wanted to help but we didn’t expect this,” Jamison said.

Maggie said she was worried nobody would show up, and she didn’t expect more than 20 customers.

“The number just kept getting higher and higher,” she said. “I was shocked. It was so much fun.”

Not only will the money be taken to the Girls Ranch by the girls and their families, but they’ll also be raising more money at Calera’s First Friday later this week and hope to do the same for other charities soon.

And this experience is one both Maggie and Jamison said they will never forget, while hoping this is just the beginning of helping others.

The parents were also very thankful to the Calera community for their support in helping the Tallapoosa County Girls Ranch during a tragic time.

What started with a daughter shouting out an idea to her dad during a phone call, turned into an impactful business that helped a group of people when they needed it most.

“We just want them to know that we love them and know it’s hard, but we want to help them know we are here to help them get through it,” Maggie said.