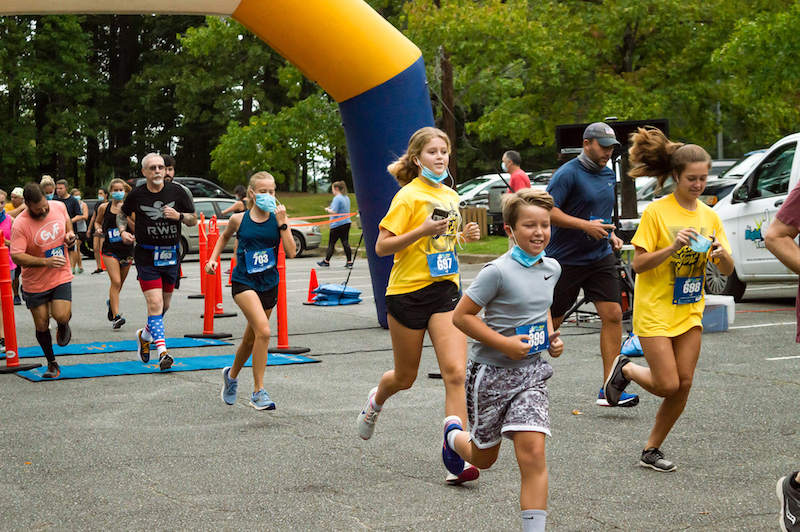 Blanket Fort Hope is holding 5k and 10k races at Oak Mountain State Park on Sept. 18 to support its mission of building a survivor restoration home in Columbiana. (Contributed)

PELHAM – Those interested in supporting the fight against human trafficking will have an opportunity during the Hold the Fort 5k and 10k races at Oak Mountain State Park.

The event is set for Sept. 18 and is hosted by child trafficking survivor organization Blanket Fort Hope. This is the third annual version of the races that are used to help further the organization’s mission.

The organization will use the money from the 5k and 10k races at OMSP to raise money for its mission to build a restoration house for child survivors of sex trafficking, according to Development Director Justin Adderholt.

“These child survivors often go into homes that aren’t equipped to respond to the unique trauma they experience,” Adderholt said. “Our home will be a place that gives these children rest, allowing them to be restored by providing basic necessities and therapeutic services. We exist because there are currently no therapeutic resources specifically dedicated to these children.”

The races not only serve the purpose of raising money for expenses to build the home, but are also designed to create meaningful connections with the public to spread awareness of the organization’s mission.

“Our main goal for this fundraiser is to build relationships,” Adderholt said. “We use this event as a way to make connections with the public and to provide more information to people to learn about human trafficking.”

The event will have races accessible to people of all skill levels. It will feature three races: a 10k, 5k and the one-mile “Warrior Walk.”

There will be cash prizes for the top male and female 10k finishers. All participants will also get a complimentary T-shirt celebrating the event, and free park access for the day.

Adderholt said there would be an awards ceremony with 14 awards for varying categories and the top competitors in the 5k & 10k races.

At the last event, the organization was able to raise around $40,000 with approximately 140 people turning out to support the event, even during a pandemic. This resulted in a nearly 200-percent donation growth rate and 300-percent growth in attendance.

Adderholt said the group has already received support from local churches and business partners to help support its mission, and hope the race will attract more.

“The number of child trafficking survivors in Alabama is a lot bigger than what people think it is,” Adderholt said. “There are about 5,700 estimated victims a year. That is why we have these races and that is why this restoration home is needed. We won’t be able to house everyone with the nine beds we will have, but they will be a good start.”

The organization is still in the planning process for the event, so parts of the event may be added or changed.

Those interested in participating in the Hold the Fort races can get more information and sign up at Holdthefortraces.com.

More information about Blanket Fort Hope’s mission of restoring the lives of child sex trafficking survivors can be found at Blanketforthope.org.