Montevallo in talks with potential tenants for Victory building 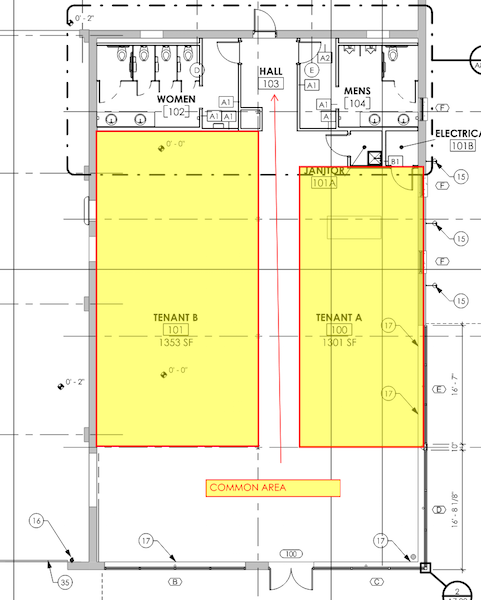 This preliminary drawing of the interior layout of the former Victory Autos & Collision Center building the city of Montevallo owns on Main Street shows the spaces designated for future tenants. (Contributed)

MONTEVALLO – Mayor Rusty Nix is set to enter into negotiations with potential restaurant tenants for a city-owned building on Main Street.

“Anything out of negotiations has to come back to the council,” Nix said. “This is just a vote to let me enter negotiations. It would have to come back again to the City Council for final approval.”

The preliminary drawing of the building’s interior shows two tenant spaces, each measuring roughly 1,300 square feet, along with restrooms and a common area the tenants will share.

Interstellar Ginger Beer and Exploration Co., an Alabaster-based craft brewery, is the third potential tenant for the building. In October 2020, Interstellar co-owner Dr. Shane Kelly spoke to the City Council to express his interest in expanding the brewery to Montevallo.

No tenants have signed a formal agreement, but they have provided non-binding letters of intent, Gilbert said.

“The final lease agreement will come to the council,” Gilbert said, adding discussions are ongoing between the city’s and potential tenants’ architects regarding the structural needs of each business. “Once all of that’s been decided and the final terms of the lease have been agreed to, we will bring that back to the council for final approval.”

Building renovations will include minor design changes to the front exterior, such as raising the awnings and uncovering the upper windows to let in more natural light.

“Regardless of what tenant gets there, we need to bring the building up to code,” Nix said. “It’s going to cost us money to do that, but with these three tenants here, I feel very confident that we’ve got a good structure of a payback plan. It’s not a historic building, but it is a contributing building to the historic district.”

Pelham Parks and Rec to kick off summer with movie night

PCS BOE to explore possibility of purchasing land for…