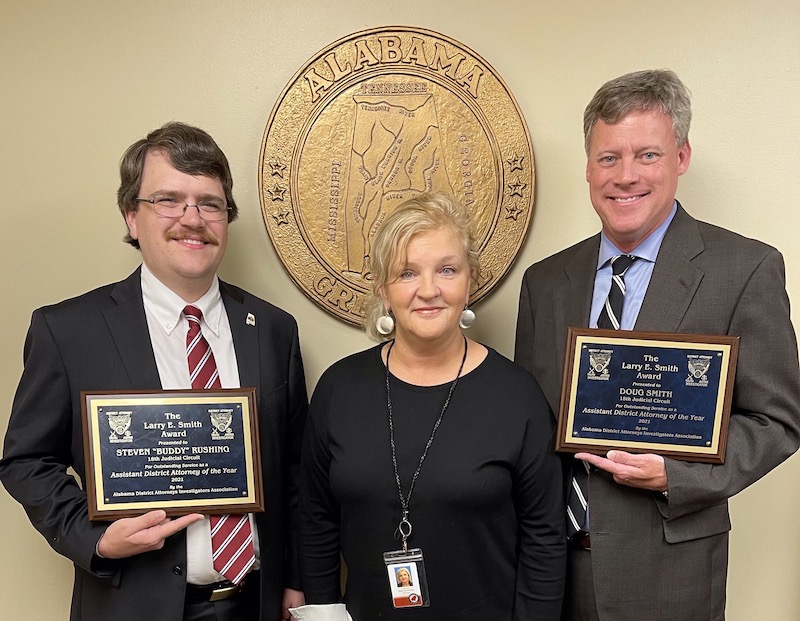 The awards were presented at the Alabama District Attorneys Association’s annual conference, held recently. Smith and Rushing, along with other assistant district attorneys from around the state, were all recognized for their significant contributions to legislation during Alabama’s last legislative session.

“We are incredibly proud of the work that Doug and Buddy performed on behalf of the citizens of the State of Alabama,” Lee said.

The legislation involved a revision to Alabama’s asset forfeiture law. Asset forfeiture allows law enforcement to seize money or other property used in committing or gained as profit from certain crimes.

Added Lee, “The legislation that Doug and Buddy helped craft ensures that the asset forfeiture law remains an effective tool for fighting crime, while also ensuring that it is applied fairly, consistently, and with full due process.”

These tips will help you safely enjoy Alabama’s lakes…