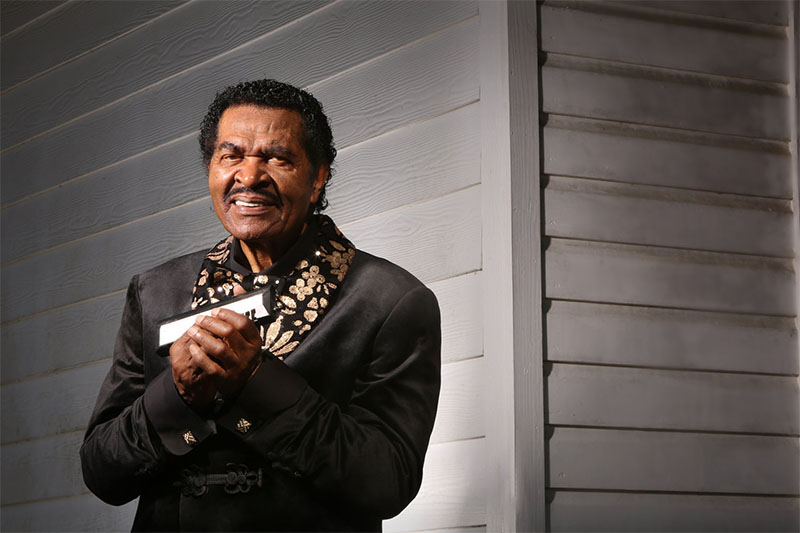 Doors will open at 7 p.m., and the show starts at 7:30 p.m. Seating is limited, and tickets are available online at Shelbycountyartscouncil.com.

Rush is a Grammy-winning Blues Hall of Famer, a 12-time Blues Music Award winner, B.B. King Entertainer of the Year, and most recently made a cameo in the Netflix Original “Dolemite Is My Name” starring Eddie Murphy.

After decades of tearing up the chitlin’ circuit on a nightly basis with his sweaty, no-holds-barred funk fests, Rush has thoroughly broken through to the mainstream. He won a long-overdue 2017 Grammy for his spectacular album “Porcupine Meat” and consistently tours the globe as a headliner.

Rush has made at least 400 records and more than 80 CDs over his career, he said in an earlier story. He has been nominated for six Grammys, winning one at the age of 83.

Read more about Rush at Bobbyrushbluesman.com.

The Black Box Theater is located within the Shelby County Arts Council’s building at 105 W. College St., Columbiana. Parking is free, and the facility is handicap accessible.