Staring into the blinding sun and paralyzed in fear, she didn’t know if she was dying as friends and family ran to her side.

Hannah Locks laid there, limp, in a pool of water at the bottom of an inflatable two-lane water slide during church camp on Thursday, June 17, in Millport.

Just seconds before, she was having the time of her life when she jumped down the slide, but her awkward slide led to accidentally taking the legs out from under her friend Kyle, who fell directly onto her neck.

That’s when everything went black.

“Everything happened in a split second. It went black and I hit the pool. I just remember feeling the bones in my neck crack,” Locks said. “I heard kids yelling that something had happened, and that’s when I realized someone had fallen on my neck.”

When she opened her eyes, they were fixated directly on the sun, while everything around her was slurred and blurry.

“I remember looking up at the sun and thinking I was dying because of the light. It was terrifying,” Locks said. “I couldn’t move my legs or arms for the life of me.”

She immediately started screaming for her mom because of the panic that was overtaking her.

Locks just asked everyone to start praying for her, which they immediately did.

“All of a sudden, the calm came over me,” she said. “I still had the pain; it was excruciating, but I knew I would be OK.” 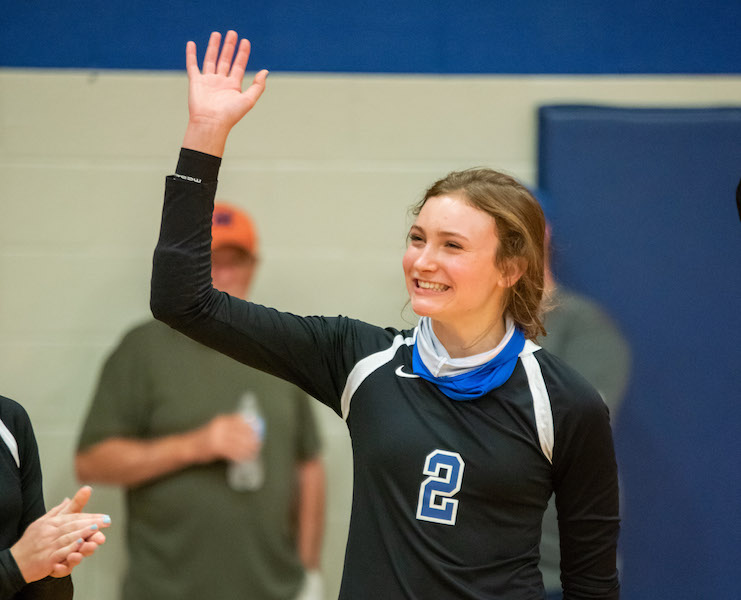 A sense of calmness

Luckily, Hannah’s mom Jaye is a trauma nurse at UAB and knew to immediately go into spinal precaution to prevent her from being paralyzed.

“We had several guys that helped safely lift her out of the water,” Jaye said. “We called 9-1-1 immediately and waited for her to be taken to the hospital.”

But while they were waiting, Hannah’s sense of calmness despite the pain and terror remained intact.

Her 15-year-old brother was there joking by her side, while her friends all surrounded her and started telling jokes to keep her mind off of it, even saying she would be fine and back at camp later that night.

That’s also the moment she called her friend Kyle over.

“I knew he had to have been feeling so bad, and I didn’t want him to feel like it was his fault. If anything, it was my fault, so I was worried about him because he was so scared for me. I just held his hand and told him it was OK and I’ll be fine. I knew if that were me, I would have been worried and scared as well. I just gave him the comfort any of us would have wanted in that situation.”

Jaye even recalls the last words her daughter spoke before being taken to the hospital were, “I’ll be fine, but make sure Kyle is OK.”

So before even heading to the hospital, Jaye talked with the group of 100 kids that had just witnessed the horrifying sight and not only asked them to pray, but asked them to help Kyle feel better.

“I just told them she had an accident and would be all right and that she wanted Kyle not to worry. They all rallied around him in that moment,” she said.

Sitting in the hospital in nearby Columbus, Mississippi, with several nurses and doctors standing over her, poking her and trying to make sure she didn’t paralyze herself, the experience started to become more real for Hannah.

“At the church, we were all just joking around that it was just a stinger. But at the hospital, they were all so real and serious about not moving my neck so I didn’t paralyze myself,” she said. “I was worried I was ruining my body with any slight move I made.”

She actually got so scared at one point, that she asked some of the nurses and doctors to pull down their masks and smile at her so she could feel at ease.

During her original scan at the hospital, Hannah was still in denial about what had happened over the last two hours.

Then, it became extremely real for her when the doctor came back in the room to let her know of the scan’s results.

“He walked in, looked at me and said, ‘Your neck is broken really bad and we need to airlift you to Birmingham now,” Hannah recalled. “That’s when I started bawling. I hadn’t cried until that point. It was so blunt and to the point.” 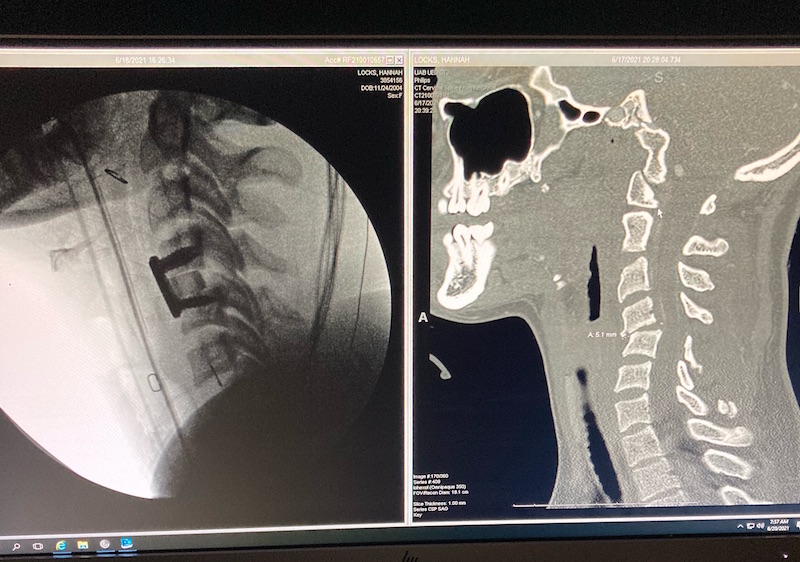 Jaye’s mom, however, still had a positive outlook.

She said her daughter’s movements were a positive sign from the start.

“I went into nurse mode the entire time,” she said. “I knew because she was moving not to panic. I had enough knowledge to know that as long as she didn’t swell and she didn’t have issues with the nerves, she would be OK.”

Nonetheless, Hannah was loaded into a helicopter for a flight to Birmingham.

Before taking off, she lifted up her arm, held her hand against the window and gave her mom the hang loose sign to let her know she was going to be alright.

Still in pain, and now riding in a shaky helicopter, Hannah was given some medicine to help ease the discomfort, but that also had its disadvantages.

“During a normal day, I probably would have loved every second of the thrill of being in a helicopter,” she said. “But it was bumpy, and I just remember getting sick. Every time I would throw up, I was worried I was going to paralyze myself or do more damage.”

At the same time, her mom was en route to Birmingham to meet her daughter at Children’s of Alabama, while her dad, already in the city, was headed to meet her as well.

Along the drive, however, Jaye made it all the way from Columbus to Ensley and hadn’t heard any updates about her landing at the hospital.

She started calling around to try and get an update, but nobody had any update on her arriving.

“I started to get really nervous because I didn’t know if they had diverted her to Nashville and didn’t tell us,” Jaye said. “I kept thinking, ‘Did something happen en route and they just didn’t tell me?’ I just kept holding onto the fact that she was moving. I kept telling myself over and over again ‘She was moving.’ That was the most concerning part of the entire day as a parent.”

Back in the air, Hannah knew what was going on but wasn’t any less confused.

“We were going to Children’s, but they couldn’t figure out where it was. As out of it as I was, I remember being like, ‘Guys, it’s the big red dot in the middle of the city,’ Hannah said. “Then, I remember seeing the sign for UAB.”

She was taken into the hospital and put in the trauma area in a room by herself where close to 20 doctors and nurses started to inspect her.

Meanwhile, her dad as well as her volleyball coach were both driving around the city waiting to find out where she was when her mom finally got a hold of UAB and found out that’s where she was.

“They left me in the trauma bay by myself with no parents, alone, not knowing anyone there,” Hannah said. “I remember singing church hymns to help the time go by. I remember yelling, ‘Hello, hello, is anybody there’ because I was trying to find my parents. Finally, a nurse came in and told me they didn’t know. I was so alone, but I knew I had God with me and that’s what kept me going.”

Finally, her dad made it to UAB after she had spent the last few hours by herself in a helicopter and trauma room not knowing what was happening with her.

“It was a big sigh of relief when I saw my dad walk in. I was with him for a little bit, and that was so nice, then my mom came running in and we were all together. I felt so much safer with them there. I never realized how much comfort my parents could bring until being in this situation.”

The next day, 14 hours later, Hannah had surgery. She remained neurologically alert during a spinal fusion of the c-4 and c-5 vertebrae before being placed in a cervical collar.

Now, two weeks later, she has returned home and had her first post-operation meeting with the doctor June 29.

X-rays were done, which showed she was healing exactly the way the doctor hoped she would with bones aligned as well as plates and screws in place.

“The doctor said she was a walking miracle and was amazed nothing else was damaged,” Jaye said.

An athlete at Montevallo High School, Hannah was worried she wouldn’t be able to play volleyball or cheer again after the injury, but to her surprise, the doctors have said she can return to sports this fall and only has to spend eight weeks wearing the cervical collar. 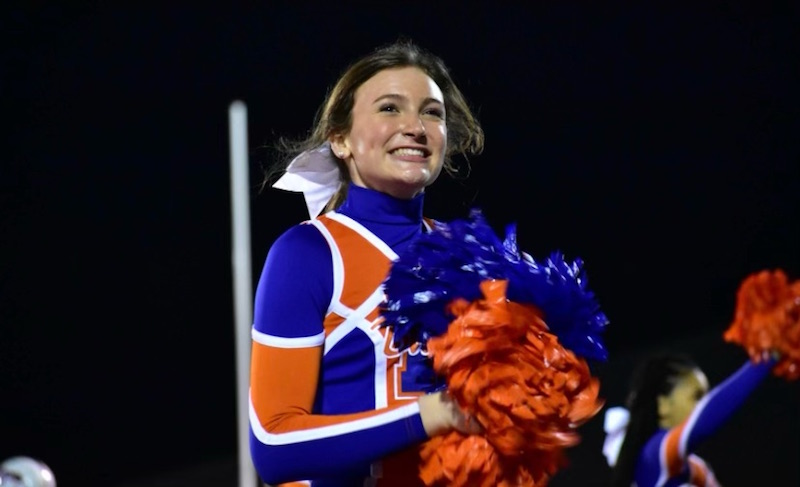 “Ever since it happened and I found out I wasn’t paralyzed, it was the most awakening thing that I’m allowed to be here in my own home and I’m able to move, not dead, not paralyzed,” she said. “I got away with one of the worst injuries with eight weeks in a neck brace. I was millimeters away from a completely different outcome.”

For her parents, they look at it as a miracle and a moment to be proud of how she handled a terrifying experience.

“It’s unbelievably humbling to us as parents,” Jaye said. “Her attitude through this entire thing has been stellar. She found joy in the midst of adversity. As nurses, we pray patients find that, and she did.”

Hannah said the experience served as a wakeup call for her, and is one that will change her life for the better.

“It was a wakeup call to start living for God more than myself. Nobody is promised a happy life, if anything we’re faced with challenges and tribulations,” she said. “So for me to face this and be able to survive is eye-opening.”