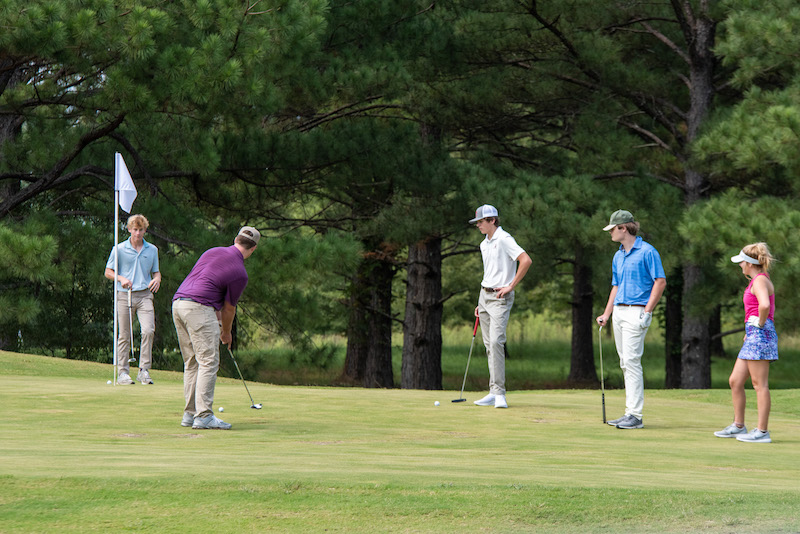 The Meadows Golf Course at Harpersville is preparing for several big events, including a Red, White and Blue golf tournament and a “Fireworks, BBQ and a Band” event on Saturday, July 3. (File)

HARPERSVILLE – With summer in full swing, The Meadows Golf Course has planned several events for the season.

The first event will be the inaugural Red, White and Blue Tournament, a two-man scramble starting at 8 a.m. on Saturday, July 3.

Registration for the tournament will remain open until 7:30 a.m. July 3.

Admission to the music, barbecue and fireworks portion of the day is free and open to the public.

Next on the calendar is a two-part tournament for two-person teams on Saturday, July 17 at 4 p.m.

“We will play nine holes in the daylight,” Club Manager Jennifer Cardwell said. “At the turn, we will have dinner, and then at nightfall, we will play the back nine in the night.”

The night portion of the tournament will feature glow sticks on the flags, along with golf balls and tee markers that glow.

“It will be a lot of fun,” Cardwell said. “We’ve been in the golf business for over 30 years, and we always used to do night tournaments at other clubs we’ve been at. Everybody loves them.”

Perhaps the most prominent tournament the course will host is a three-day, members-only tournament modeled after the Ryder Cup in August.

More details will be released closer to the event.

Cardwell said The Meadows has thrived since it reopened in September.

“We’ve been doing well,” she added. “(We have) lots of great people who have supported us.”