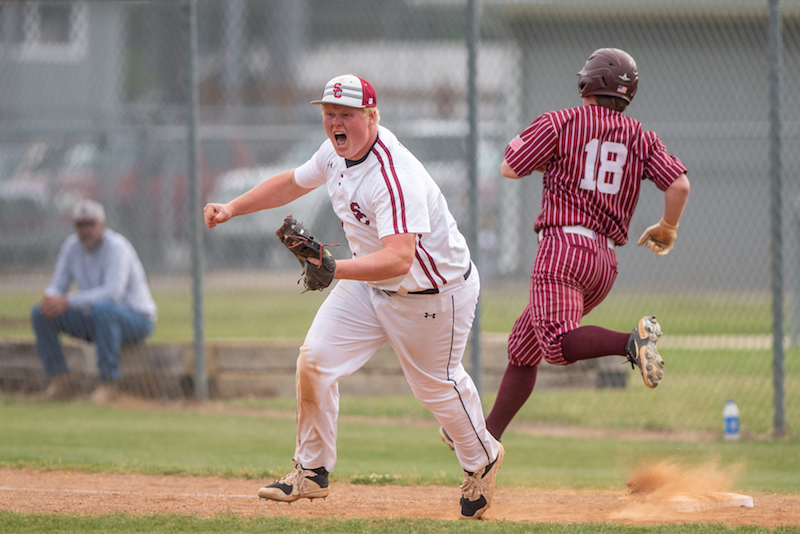 JT Pennington has been named this year's Male Athlete of the Year in Shelby County after spectacular seasons on both the football and baseball field. (Reporter photo/Keith McCoy)

When the final out was recorded in a 7-0 loss to Pike Road in the quarterfinals of the Class 5A baseball playoffs, the emotions overcame JT Pennington in an emotional hug with head coach Cory Hamrick.

Tears were shed by both as the season had come to an end, marking the end of a high school journey for Pennington, who left his mark as a generational talent for the Shelby County Wildcats.

In his time at Shelby County High School, Pennington made himself known as one of the top offensive linemen in the state, but during his final season with the Wildcats, he did the same on the baseball field.

“I always considered him a generational talent on the football field,” said Hamrick, who coaches the defense in addition to his baseball duties. “He was always great on both sides of the line, and really helped the defense turn the page last year.

During his senior season on the gridiron, Pennington totaled a county-high 105 pancake blocks on the offensive line and gave up no sacks, while then flipping sides of the ball to total 11 tackles for loss and three sacks with 13 quarterback hurries.

His play not only garnered praise from his own coaches, but several from across the county and state who have remarked on him being the best and most underrated lineman they saw this past season. 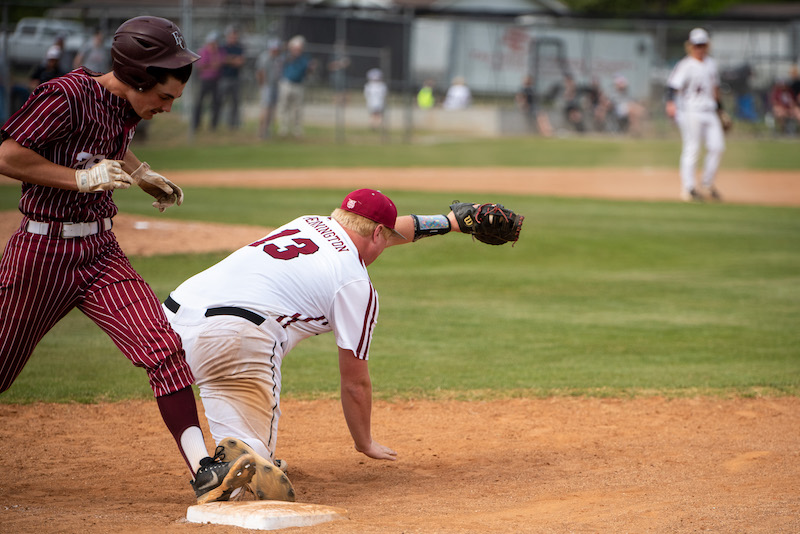 But the Jacksonville State signee didn’t let anything distract him from going straight into baseball season with the same mindset of just doing everything he could to help his team succeed.

“He decided he was great, and once you decide you’re great, you can be special on the baseball field,” Hamrick said. “Even defensively at first base, he was as good as I’ve ever coached. A lot of that was because of his footwork learned in football, but it was also him just working hard and playing with extra confidence.”

Pennington went on to tie for the county lead with four home runs this season, led the county with a .465 batting average behind 40 hits and finished second in the county with both 38 RBIs and 16 doubles.

With his effort to earn a spot on the All-County First Team in two different sports, the county’s only athlete to do that this year, Pennington has now been named the Shelby County 2021 Male Athlete of the Year.

“I will forever talk about JT Pennington as long as I’m coaching,” Hamrick said. “No matter where I am, I will be able to use him as an example of a guy I saw struggle early when I got here but continue to work and work. Then, he flipped the switch mentally and all of his work paid off. Every accolade he has received both on and off the field, he earned and deserves.”

His presence was something former head football coach Heath Childers knew was going to become special in middle school.

But what made him most special, according to his coaches, was his ability as a leader both on and off the field.

In the classroom, he was respected by his peers and the teachers because of the way he respected them.

Pennington will now head to Jacksonville State to join the Gamecocks’ football team this fall.