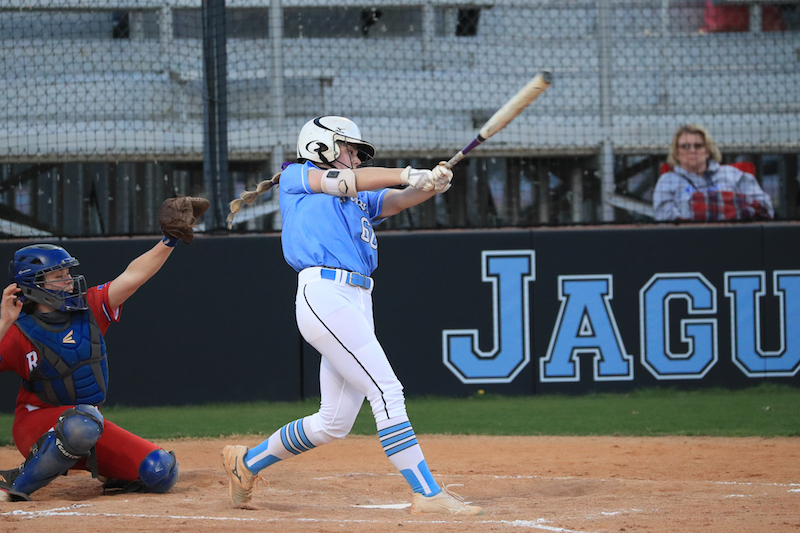 Spain Park senior Annabelle Widra has been named this year's Shelby County Female Athlete of the Year following a remarkable year with the Jaguars. (For the Reporter/Dawn Harrison)

Stepping into the circle against Hewitt-Trussville as a seventh grader with braces glued to her teeth, nobody knew who Annabelle Widra was across the state or what she was about to accomplish.

Six years later, she has finished her time playing for the Spain Park softball team as one of the best high school softball players in state history.

“I knew when I saw her as a seventh grader throwing a couple innings in at an umpire’s clinic how special she would be. I just went ‘Wow,’” Spain Park head coach CJ Hawkins said. “She immediately had that it factor that she could do it all. She beat Hewitt, who is always loaded, in her first game as a seventh grader. I asked her before that game ‘Are you ready to go?’ All she said was, ‘I need a snack and a nap and I’ll be ready.’ She’s developed into an extraordinary young athlete since then.”

She went on to finish her career with more than 1,200 combined strikeouts, throwing more than 100 every year of her career aside from one—last year’s shortened COVID-19 season—and finished with 200-plus strikeouts in four of her six seasons.

She also finished out her career with an ERA of less than 2.0 every year.

But her athletic presence is something that stood out more than just her ability to pitch.

A force in the field and at the plate as much as she was when in the circle, Widra finished her senior season with a batting average of .490 thanks to 49 hits, including 15 home runs, which tied for the county high.

She also added 47 RBIs and was walked a county-high 30 times.

But one of the numbers that stuck out the most from her state line was the 32 stolen bases she swiped during her senior season. 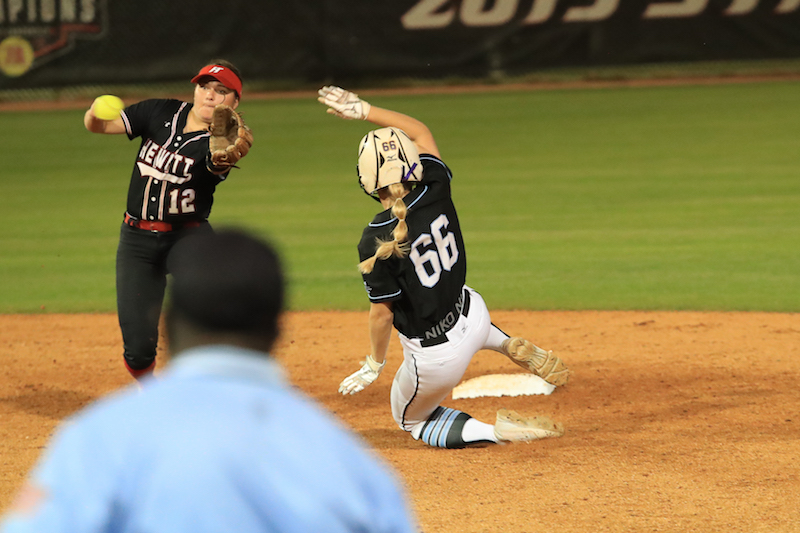 “I started pulling her off the bag and she’d get mad because she wanted to break the school record,” Hawkins said. “But she was too important to the team to risk an injury and I told her, I couldn’t have her get hurt. You don’t see that very often though. To have a pitcher want to be out there stealing bases for the team shows her leadership and competitiveness.”

Her desire to be the best at everything on the field or every sport she competed in earned her this year’s top honors across the state in softball, earning the county’s Player of the Year award, the state’s Miss Softball award and the Gatorade Player of the Year for the sport.

Now, she’s also being named the Shelby County Female Athlete of the Year for 2021, making her the county’s best female athlete following a spectacular season and career.

“Annabelle is a game changer,” Hawkins said. “She’s a relentless worker and a real student of the game. Nothing about her is one dimensional. She has developed into this hybrid, all-around athlete who can play just about every position on the field.”

As a ballerina growing up, Hawkins said that possibly helped her coordination and balance from an athletic standpoint, but that her work ethic is what made her one of the best athletes in the state.

“She was a tireless student of the game and a worker,” Hawkins said. “She’s always working out with her trainer and doing stuff to improve such as hitting lessons, strength and core, her pitching mechanics. I’m not sure she ever has an off day, so she deserves all the praise she has been getting.”

Widra finished this season with a 1.20 ERA and a record of 20-5 in the circle and helped set the stage for future players with the Jags who want to match her success.

Now, she’s set to play in an All-American game July 31 before fully becoming a member of the University of Michigan’s softball team.