Black, Paschal set to face off for House District 73 seat on July 13 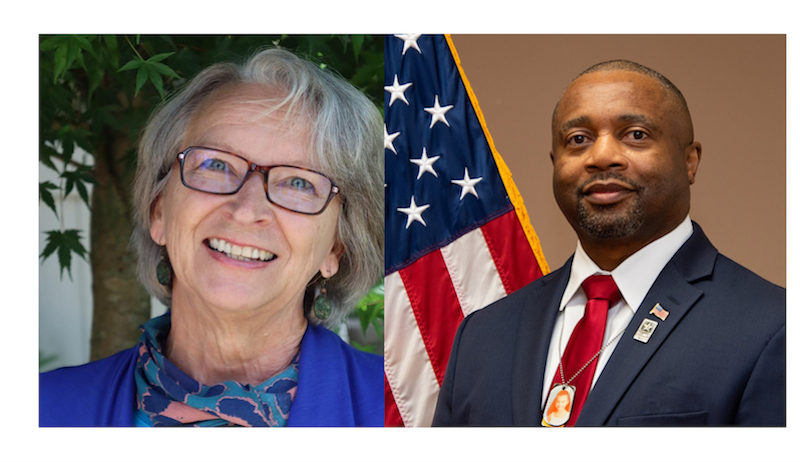 Sheridan Black and Kenneth Paschal are set to face each other in a special election on July 13 for the chance to represent parts of Shelby County in the Alabama State House of Representatives in the House District 73 seat. (Contributed)

Sheridan Black and Kenneth Paschal are set to face each other in a special election on July 13 for the chance to represent parts of Shelby County in the Alabama State House of Representatives in the House District 73 seat.

Black, the Democratic candidate, faced no opposition during the party’s primary on March 30. Paschal was chosen for the Republican ticket after placing in the top two during the first round, and beating out his opponent in a runoff election on April 27.

Each of the candidates have committed time to connecting with voters in hopes to secure a majority of votes during the special election.

Paschal, a Pelham resident, has spent the better part of his life serving the country or his community which prompted him to enter the race.

He served in the military for 21 years and has continued to be active in the Shelby County community for the past 14 years, including his work as the president of the Alabama Family Rights Association.

Black, a Helena resident, has a background working as a healthcare professional and a small business owner.

She said that she entered the race to use her experience to focus on issues such as education, healthcare, infrastructure, business and community connection.

Black said that she would use this office to focus on four main areas: local issues, using her office as a people’s legislative office, an entrepreneurial approach to legislating and the contribution of expertise and opposite viewpoints.

“Voters deserve to have a choice. I hear people say, ‘we need change,’ but yet can only vote for the same party that has been running things in Montgomery for more than a decade and the change they seek doesn’t happen,” Black said. “People in Shelby County hear about other states in the south moving forward over the last decade with investments in areas like education, including public pre-K and free college scholarships, and healthcare. And yet, Alabama has stayed the same, or even moved backward, in these areas that affect working families and small businesses.”

If elected, Paschal said his priorities would be based on the principals of respect, economic development, action and protection of life and rights.

“My leadership skills are one of my key traits,” Paschal said. “I can listen and I want to be known as a statesman for the people in District 73. We have to really get back to that kind of representation. I want to be recognized as a statesman, and also being a team player when it comes to our legislative body. I want to keep God and country in the forefront through my relationship with the Lord and sticking to the constitution.”

Running in a traditionally Republican-dominated area, Black said she is feeling optimistic about the state of the race, and is looking forward to the upcoming election date.

“I have a growing sense of optimism as our campaign moves forward and gains the voters’ confidence. I am working with many dedicated volunteers who are excited to be part of a legislative campaign in our state, on the frontlines of democracy in action,” Black said. “Potential voters I’ve spoken with have said things like I was a ‘refreshing’ change, a ‘surprising’ alternative and ‘we need you.’”

Both candidates said that they are looking forward to the election, and will continue to work as hard as they can leading up to the vote.

Black said that her volunteers and interactions with the community are helping to push her through to July 13.

“I am working every day between now and July 13 to live up to that just like I will work for them every day if they send me to Montgomery,” Black said.

Similarly, Paschal said that his team including his campaign consultant, manager, support from GOP officials and “countless volunteers across the state” were helping him get over the finish line.

“One thing I always want to highlight with people is we do not take anything granted,” Paschal said. “We will continue to work hard and run through the finish-line with the great team that we have put together and the goals that we have laid out.”

The winner of this election will represent Alabama House District 73 which includes the cities of Alabaster, Calera, Helena, Montevallo and Pelham.

To get more information about voter registration and the election visit Sos.Alabama.gov.