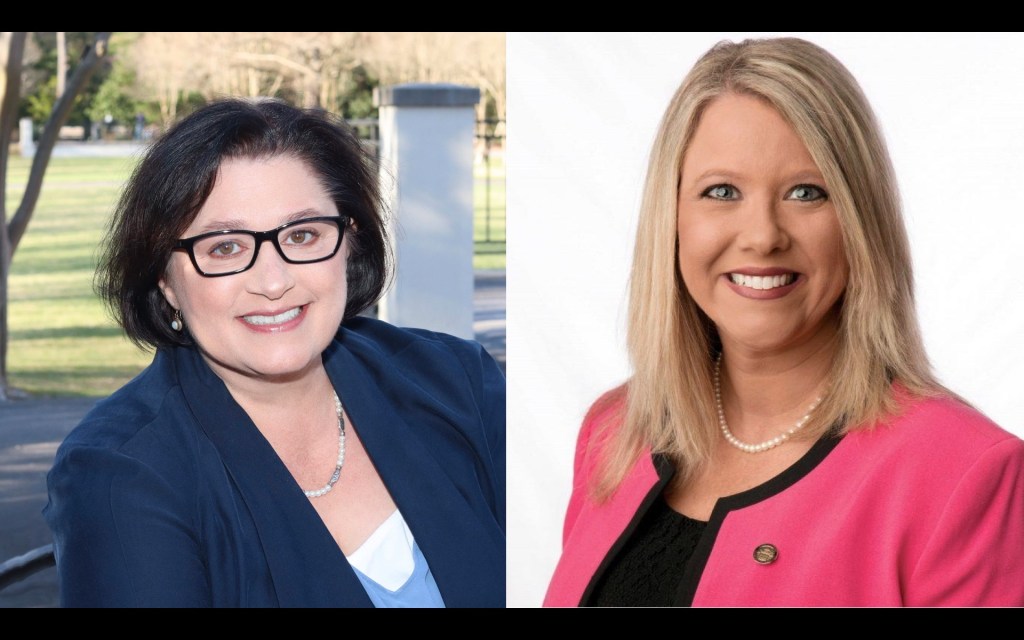 On July 13, residents living in Shelby, Bibb and Chilton Counties will go to the polls to choose between Democrat Virginia Applebaum and Republican April Weaver to represent them in the Alabama Senate District 14 seat.

Applebaum faced no opposition in her party’s primary on March 30, while Weaver handily defeated two challengers during the Republican primary on the same day, earning 82 percent of the vote.

Each of these candidates has committed their time over the past few months to engaging with residents in hopes of earning their votes in the election.

Applebaum, a Calera resident, has been practicing law as an attorney in the Birmingham and surrounding areas since 2006, after earning a law degree from Cumberland School of Law, Samford University. She is also currently the Chair of the Native American Caucus of the State Democratic Executive Committee.

She said she entered this race to increase representation for the residents of the area.

“I saw the need for the people of District 14 to have representation that is invested in every individual living in District 14,” Applebaum said. Applebaum said her major priorities, if elected, are to improve education, healthcare and investing in small businesses and working families.

Weaver, an Alabaster resident, is no stranger to Alabama politics. She served 10 years in the Alabama House of Representatives, five of which she served as chair of the House Health Committee. In May of 2020, she was appointed by former President Donald Trump to serve as the Region IV Regional Director for the United States Department of Health and Human Services.

“When this seat became vacant, I received a lot of encouragement from local conservatives to run for this seat. Many of those who reached out were conservative women. As a lifelong resident of District 14 and a member of a pioneer family who settled Shelby County, I understand the needs of this district and I am eager to continue my work to fight for conservative fiscal and social issues for this district,” Weaver said.

Prior to her time in politics, Weaver worked in hospitals for over 23 years as a registered nurse. She also held various management roles during her time in healthcare, which she hopes will help her be an effective leader on that issue.

“As a health professional, I understand the healthcare needs of the district and the state. I am a staunch supporter of the Second Amendment. I am 100 percent pro-life. I will ensure education dollars reach our teachers and students in the classrooms. I am pro-business and pro-agriculture and will support those industries,” Weaver said. “The voters of District 14, especially in the Montevallo and Brierfield areas, are adamantly opposed to a prison being built in Brierfield. I will support the community and oppose the building of a new prison in Brierfield.”

Each of the candidates has spent time connecting with voters through community events, party-sponsored events and social media.

Weaver has been present at and sponsored many local events honoring first responders, and has met with local leaders in many of the three counties’ different cities.

“As we enter into the homestretch to Election Day, we are encouraged by the many voters who have reached out to support our campaign. Special elections are always a little bit different than those on the regular election cycle. We are working hard to ensure that conservative voters will show up at the polls on Tuesday, July 13,” Weaver said.

In talking with voters, Applebaum said she was inspired by conversations she has had and is feeling optimistic about her chances.

The winner of this election will serve in the Alabama Senate District 14 seat previously held by Cam Ward, R-Alabaster.

To get more information about voter registration and the election visit Sos.Alabama.gov.