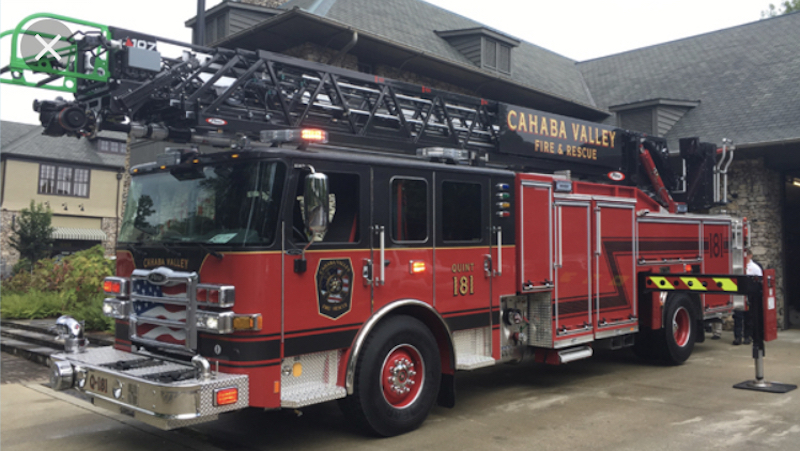 The Cahaba Valley Fire and Emergency Medical Response District is gathering feedback from its residents on a proposed quality improvement plan that calls for a fire dues increase to fund staffing and facility needs.

The district’s residents are invited to attend community meetings July 12, July 13 and July 27 to ask questions and provide input about the 2021-2022 plan, a road map for improving services under a larger operating budget.

One of the primary components of the plan is a proposed fire dues increase, which residents will have the chance to vote for or against in August.

An increase in dues would allow the department to increase its current budget from $3,600,000 to $5,401,138 to cover more personnel and operating expenses related to an expansion of services.

“We are not arbitrarily raising fire dues,” Fire Chief Buddy Wilks said. “There are tangible things we’re trying to accomplish.”

Among the department’s goals is replacing its 38-year-old, undersized U.S. 280 fire station with a new one on Brook Highland Parkway.

“That’s our busiest area up in that part of our district,” Wilks said. “We have done data collection and looked at response times and found that’s the place we need to be. We will be able to respond into Brook Highland proper without ever having to get on Highway 280.”

Another goal is to fully staff the fire engine at the Narrows station to improve response times in what Wilks said is becoming the second-busiest area in the district.

Fully staffing the ambulance at the Mt Laurel station is also on the list.

“Right now, it’s not staffed at all,” Wilks said, and added having a staffed ambulance helps to address the issue of response time in situations when another ambulance is tied up with a hospital transport call. “This will add another ambulance to the area to support ours and other communities in the same situation we are in.”

Wilks said the department also wants to build and staff a Shoal Creek station to improve services to the communities of Shoal Creek, South Oaks, Stonegate Farms, Symer Lake, Hollybrook Lake, Springstone and The Shires, along with individual homeowners in the area.

“We will buy for that station a truck that is specific to that area that can navigate the narrow roads,” he said. “It’s very surprising how long it takes us to get to the back side of the Shoal Creek area because our truck has to drive so slow.”

Wilks said the Shoal Creek station has been in the department’s plans for several years; however, the revenue needed to fund it has not been available.

“That (station) will put everybody in the fire district within 5 miles of a fire station, which is how insurance companies figure rates,” Wilks said. “Plus, it increases our manpower overall on a daily basis.”

Achieving a Class 1 ISO rating to ensure the best insurance rates to residential and commercial district members and becoming an accredited organization through the Center for Public Safety Excellence and Commission on Accreditation are other goals for the department.

Regarding the potential fire dues increase, the department is proposing changing the fee schedule from residential rates based on property value to a flat rate based on median home value of the district, which is about $362,100 based on values from the Shelby County Tax Assessor’s Office.

Wilks stressed that the department delivers the same level of service to all of the district’s residents, regardless of home value.

“We want to change that mindset to where we’re looking at the service delivery aspect. This is the level of service we want to provide, and this is what the cost of that service is,” Wilks said. “Everybody gets the same level of service, but we wanted to have something to tie it back to. We’ve created a percentage point we’ve applied to that median rate.”

For residential properties whose value is greater than twice the median ($724,200), fire dues will remain the same as this group is already paying more than $593.84 per year.

“We’re allowed to raise dues 5 percent a year without going to a vote, but the amount of revenue we need to generate to put this plan in place, the 5 percent does not even touch it,” he added. “Five percent basically covers the annual increase in cost to operate. Just to staff a fire truck in the Narrows community, we have to hire 10 new employees. The personnel cost is your greatest cost.”

Cahaba Valley Fire and EMR District filed a petition with the Shelby County Probate Court on July 8 to hold an election for the proposed fire dues rate changes, which also involve an increase in commercial rates.

All registered voters who live in the district may vote.

The election date and location will be set by the Shelby County probate judge.

Wilks said the vote is expected to take place in late August.

If approved, the new fire dues structure will go into effect Oct. 1.

For comparison, a list of other local fire departments and their budgets is included on the Cahaba Valley Fire and EMR District’s quality improvement plan information webpage.

“Our budget is 95-percent fire dues,” he said. “We receive all our money from dues that come in between Oct. 1 and Dec. 31, so the rest of year we don’t have any revenue coming in.”

In 2019, surveys were sent to the district’s residents to collect their thoughts and ideas for the future. The 2020-2025 strategic plan was developed from the survey results.

“We have gone as far as we can with the strategic plan without this new plan part going through,” Wilks said.

Last month, the department presented the updated quality improvement plan to a focus group of more than 30 stakeholders in the district.

“The whole purpose of that meeting was to present this plan to them to get feedback,” Wilks said. “They’ve called and made suggestions to tweak our plan, and we’ve listened to them. That was kind of our first pitch to the community to get feedback. That group said yes, move forward with it.”

The following are dates, times and locations for the upcoming community meetings:

Wilks said the department already has measures in place for residents who are facing hardships and need to request a dues waiver.

“We know this is going to be a significant increase in cost, but we believe we have tangible things they can associate to it,” Wilks said. “For residents, this is their fire department, and it’s their decision to make on what services they want us to provide. We’re presenting a plan, but it’s their decision on what they want.”

For more information and to follow updates, visit Cahabavalleyfire.org.