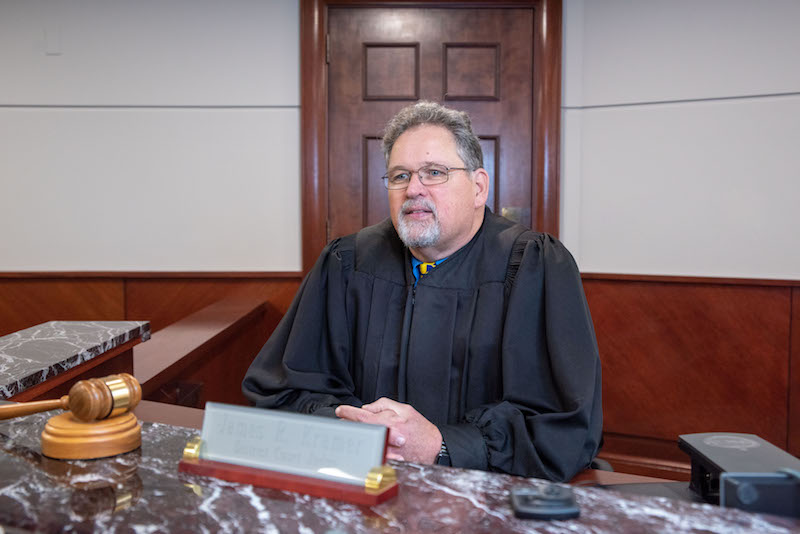 Shelby County Juvenile Court Judge Jim Kramer has announced his plans to retire following his current term, which ends in 2022. He has served as the juvenile judge since 2004. (Reporter photo/Keith McCoy)

COLUMBIANA – Rocking back and forth in his office chair with a Winnie the Pooh tie shifted to the side, Shelby County Juvenile Judge Jim Kramer sets back and starts to share.

Framed by the Alabama Crimson Tide pictures mounted around his office, Kramer reminisces about his time over the last 17 years in an emotional but important position within the court.

Elected to the position of juvenile judge in 2004, he has spent the past 17 years living by that timeframe because making a difference in every child’s life that needs him is his top priority.

“When I started working for Patti Smith 24 years ago, there were many times we were up here at the courthouse until midnight,” Kramer said. “I said I wouldn’t do that when I took over the position. But you can’t do that. You just cannot say to a parent or a child, ‘It’s 5 o’clock, it’s time for us to go home. Your child is going to stay in foster care until we come back to court. Young man, or young lady, you’re going to stay in foster care, you’re not going to get to come home until we get back to court.’ That just doesn’t happen. You do it until you can finish it.” 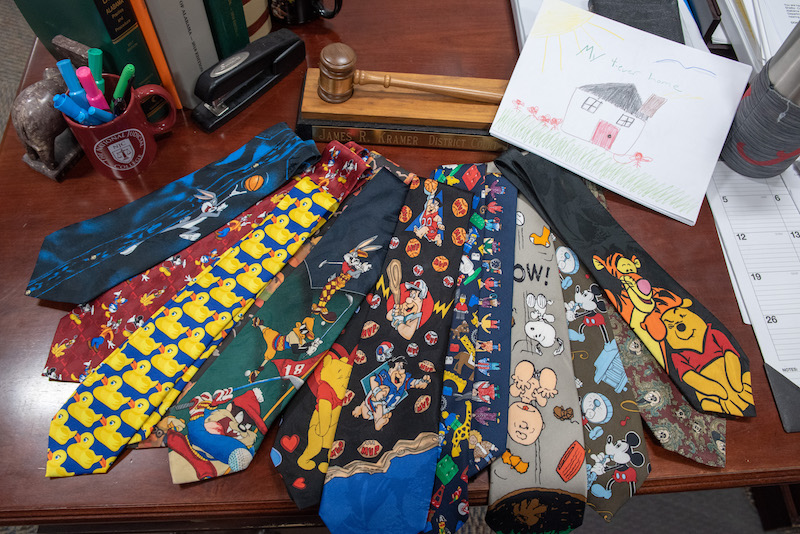 But now, after 17 years of giving up much of his life for the betterment of children in Shelby County, Kramer has announced he will retire when his current term comes to an end in 2022.

“At this point, I feel like there are others who can bring new ideas to the table,” he said. “My biggest fear is somebody getting elected who doesn’t understand what it takes. You have to have a heart in this position and should have some experience in juvenile court to be able to handle the position properly.”

Towndrow has worked at the Shelby County Courthouse since 2006, where she started in the clerk’s office. But after 12 years, she made the move to serve as Kramer’s assistant.

In three years, she has not only enjoyed her job, but said Kramer’s kind heart sticks out.

“Before I took the job, I already knew he was a sweet man, but now I’ve gotten to work with him and learn even more,” she said. “He is the kindest person with a kind heart, a big heart. He cares, and that’s what makes me and so many others respect him so much. He takes this job seriously.”

Despite having the goal to get in and out of the office during normal business hours when he took over, Kramer quickly realized how emotional the job becomes, making it impossible to step away unless something was 100-percent finished and he was comfortable with it.

“It may take me four or five hours to do a pick up order,” Kramer said. “I’ll look in the computer and try to find their family, grandparents, I’ll look in the juvenile directory to see if the parents had a juvenile case just trying to find some responsible family member that would be willing to allow that parent to either live with them and instruct them as to how to raise a child or be open to that parent with extensive visitation.”

Kramer described the example of a child being born and testing positive for marijuana with a teenage mother and DHR wanting to remove the kid because of it.

So instead of signing off on a pick up order that would allow DHR to get the kid and place them in foster care, he spends extra time trying to find someone who can help the child have a stable home alongside the mother.

That has been a staple of Kramer’s tenure. He exhausts all options to give the children their best shot at life during such a pivotal time.

“He’s so knowledgeable and experienced. He just has that compassion. It’s not just a job for him,” Towndrow said. “He really does care and wants to make a difference in lives. He goes back and finds all the details he needs to know so he can make sure a child winds up with their best possible chance.” 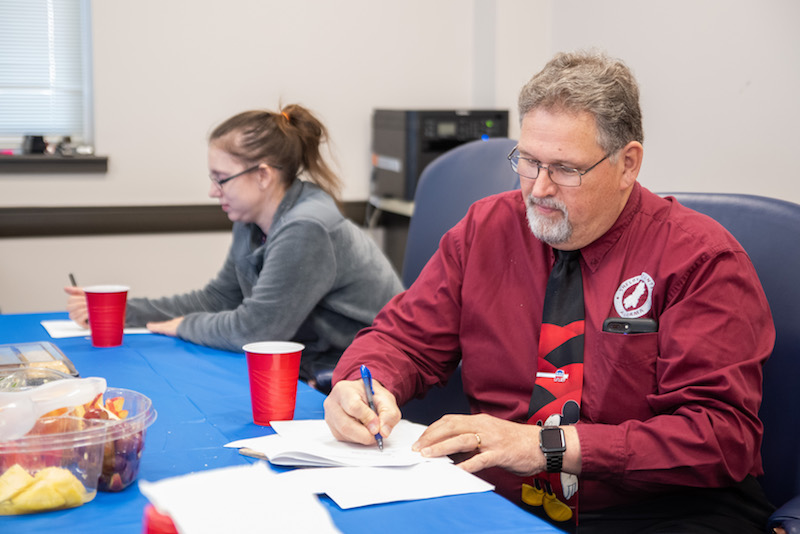 In order to help with that process, he started the Character in Action awards, which honors students in local schools who go above and beyond to do right by others as a leader, and helped bring the CASA organization to Shelby County.

CASA, or court appointed special advocate, is an organization that helps prevent child abuse and neglect, while also recruiting volunteers who go through the court process with children who have been abused or neglected

“We do it right in Shelby County, and that’s what I’m most proud of after all these years,” Kramer said. “The county has funded so many things to help make a difference.”

His biggest concern with leaving the position is how clueless parents can be sometimes about what is happening with their kids, whether it be video games or just handling different situations.

“Right now, parents want their kids to be the popular one or they want to be friends with their kids,” Kramer said. “I go back to a cartoon I saw where a child got an F in school. One parent brings the child to the teacher and said how is this possible, while the other says this is my fault and I could have done more. In reality, there needs to be a middle ground between those two reactions. Parents need to take responsibility, while also asking how to do better.”

The emotional moments he sees on a daily basis are what makes him feel so passionately about himself and parents doing right by the kids.

“I just see too often where parents don’t care and that’s the thing I’ve hated most about this position,” he said.

He said you don’t see or hear how emotional it can be until you see an infant who has been thrown up against a wall, ribs broken from abuse or brain trauma from being shaken violently.

“There have been a lot of cases that involved a lot of crying from the families and myself,” Kramer said. “Terminating parental rights is so hard. I go over some of those cases five, six, seven times to make sure there are no other options. It’s not easy and it wears on you emotionally.”

But at the end of the day, Kramer says he is comfortable with every decision he has made because he took every case seriously and put hours of time into making sure he crossed every possible path twice.

“The way to do it right is to look at things through the eyes of the child. If you were that child, are you getting what you need. I think we’ve maintained that. I’ve harped on that for years. You have to have the interest of the child at the forefront.”

Now that he has announced he won’t seek reelection, he won’t rule out some other ventures in the judicial system, but said his wife wants him to be home more and he looks forward to spending time with his grandchildren.

He does, however, hope to start a nonprofit revolving around car dealerships that will continue to help the juvenile system.

“I want to go to a car dealer and tell them I’m a former juvenile court judge and we have kids and parents who have zero transportation,” he said. “If you have a parent who can’t get from the house to counseling to visitation to drug testing, it’s going to take forever for them to get their kids back because they’re going to no show, but it’s only because they can’t get there.”

Kramer said he wants the cars they would wholesale out to start a 501(c)(3), which would give the dealers tax credits, so he can provide a vehicle for parents to get their kids back.

That never-ending care for helping families is something he has stood by for 17 years and something he will continue to put at the forefront at life, all so he can make sure the children of Shelby County are getting their best chance at life. .

“Interaction with kids is what I will miss the most,” Kramer said without hesitation. “It’s been an all or nothing thing and it has been a pleasure working here. I’ve always said I wouldn’t be a judge if I couldn’t be a juvenile judge in Shelby County.”

Trucking around: Food trucks see an increase in popularity…