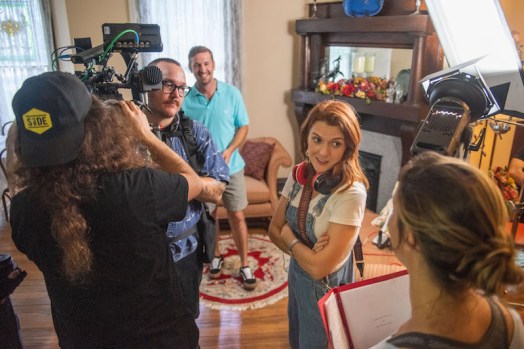 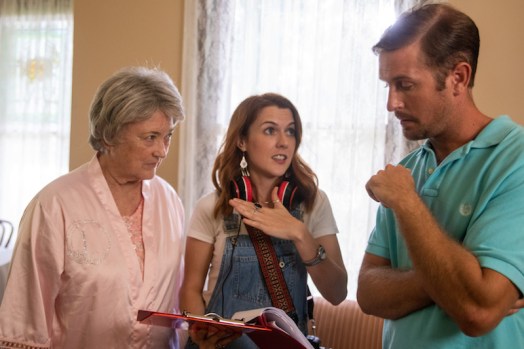 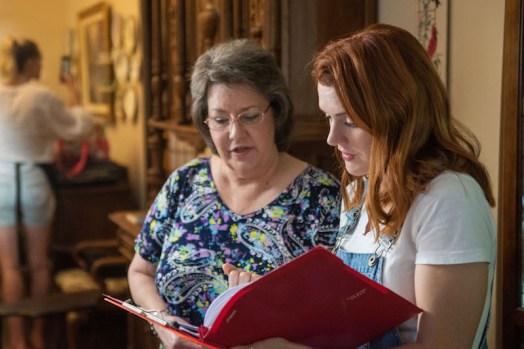 Owens returned to her hometown in Columbiana this month with a film crew and a team of prolific actors to tell the story of Linda Allbritton, a 71-year-old woman who was stabbed to death in her home by two men in 2014.

Allbritton befriended Jeffery Justice, who was known to have a meth addiction, and the two developed a friendship at the time.

“Justice would help her do odd jobs like getting her groceries and she would pay him,” Owens explained. “Over time, he came to know where she kept all of her money, her house key and other valuables. There was a period of time where he was on a binge with his roommate (Gustavius Brown) for nine days and they broke into her home, stole her money and stabbed her over 20 times.”

Once the case was tried Brown was implicated by DNA, but the case against Justice was eventually dropped because the results of the DNA tests did not match him.

“Justice was found with the murder weapon, a knife,” Owens said. “He had bloody clothes, car keys, her purse and her car. His roommate Brown, a Black man, is now serving a life sentence. Justice, a white man, had his charges dropped despite all of this.”

She explained those discrepancies, and a personal connection to the case, led her to wanting to tell this story.

“I actually found out about this case because this guy (Justice) was my mother’s neighbor. He stole money from my mom after befriending her in the same way he did with Linda,” Owens said. “She threatened to have him put in jail, and he asked for time to replace the money. While she was waiting she ran his record and found out about the murder case. That’s where I started researching and developing an interest in this story.”

The plot of the movie touches on the murder, but also brings in a supernatural element. From beyond the grave, Allbritton haunts her killers and seeks revenge.

“She is murdered in the film. Afterwards, she is a ghost messing with them throughout the story. She shows up at the worst possible time and just freaks them out,” Owens explained.

The idea to add this element to the movie comes from an experience Owens’s mother recounted to her.

“Before we found out about the murder, my mom was awoken in the middle of the night. She told me she a vision or a spirit, whatever you want to call it, standing at the foot of her bed. She did not know who the woman she saw was. After I started researching the case I showed her a picture of Linda and she told me that was who she saw. I know a lot of people don’t believe in that kind of thing, but I have no reasons to doubt her experience.”

The movie features a prolific cast with a number of well-known credits to their names. It includes Sandra Ellis Lafferty as Allbritton, Chad Zigmund as Justice and Don-Dimitri Joseph as Brown. Supporting actors include Anna Ritch and Mark E. Holmes.

While the real-life plot of the movie mostly takes place in Jefferson County, Owens said her background led her to wanting to film in her hometown.

“I enjoyed growing up here so much. I went to Shelby County High School here in Columbiana and graduated in 2007,” Owens said. “That is where I really decided that acting and film was what I wanted to do with my life. So, coming back to film here is a full-circle moment for me.”

She continued, “I wanted to show off the town a little bit with this film. It is comfortable to be back home and I think it will really make the movie great.”

The movie was mostly filmed at locations in Shelby County including the Pelham Police Department, Town Creek Apartments, The Columbiana Inn and a friend’s home in Columbiana, with a small portion being filmed in Birmingham.

“Linda Gets Justice” will be Owens’s fourth film, and third to direct. The inspiration to actually sit down and write the script hit her while quarantining during the height of the COVID-19 pandemic in 2020.

“It has been a long process since then,” she said. “This has been on my mind for over a year and to actually be filming it now is a little surreal, but it is amazing.”

Most importantly, Owens wanted to tell Allbritton’s story so she is not forgotten.

“I love true stories that need a light shed on them. I thought this was one people really needed to know about. Linda had no family and she lost her life. Now, one of the guys responsible is just out walking around free,” Owens said. “From my research it does not seem like they got it right. I am not saying I am a legal expert, but the whole thing is very suspicious.”

There is no set release date for the film yet, but Owens hopes to submit it to different festivals and premiere it at a later date.

More information about the upcoming film can be found on IMDB.