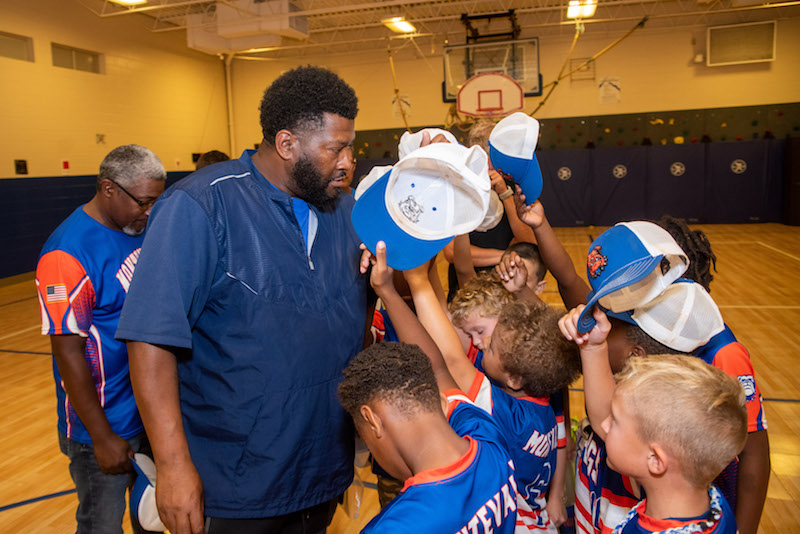 Montevallo’s 8U All-Star team won the silver bracket World Series Championship at the Tournament of Champions on Montgomery on July 10. (Reporter photo/Keith McCoy)

MONTGOMERY – The Montevallo 8U baseball team had a reason to celebrate on Saturday, July 10 when they gathered on the field at Lagoon Park in Montgomery for a photo.

Sticking their fists out to show off their new rings and standing around the coveted trophy, the team took a celebratory photo after taking home the silver bracket championship at the 8U Tournament of Champions to claim the World Series title at the event. 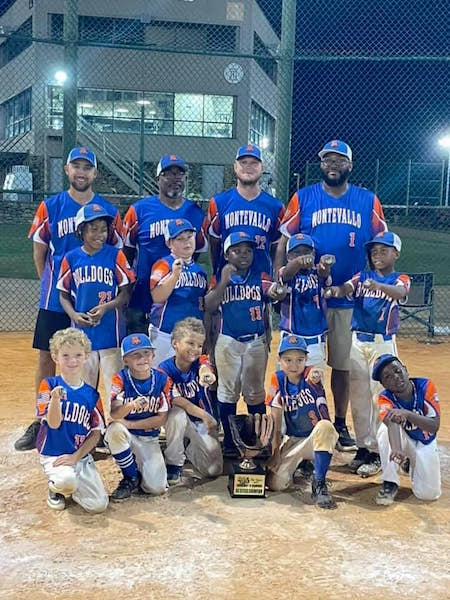 The route to the championship, however, didn’t come without some excitement and several nail-biting moments.

Montevallo lost the first two games of pool play to kick off the tournament on Thursday, July 8.

The team lost to NEP Gold from Pensacola, Florida 12-4 and then lost to the Northport Nationals 11-2 to fall to 0-2 out of the gate and into the silver bracket.

But those marked the two toughest teams they played, as Northport and NEP both advanced to the semifinals in the gold bracket with the Nationals making it to the championship game.

Montevallo, however, bounced back in the silver bracket with two thrilling finishes.

Taking on 0-2 Lincoln in the quarterfinals, Montevallo was able to squeak out a one-run, 7-6 win to stay alive and cement a spot in the semifinals.

That’s where the team continued the heroics with another clutch one-run win by a final of 8-7 against Walker County, who was coming off wins of 14-13 and 20-16 to earn a spot against Montevallo.

That sent Montevallo to the championship game with two consecutive wins, while Walker County fell to the loser’s bracket for a battle with Lincoln.

The Walker County All-Stars put together another strong offensive performance with 20 runs to pick up an 11-run win and set up a rematch with Montevallo in the title game.

In the biggest game of the tournament, Montevallo found a way to shut down a potent Walker County offense that had scored a combined 61 runs in its last four games.

Montevallo limited the opponent to just one run, while scoring six to claim the World Series title by a final score of 6-1.