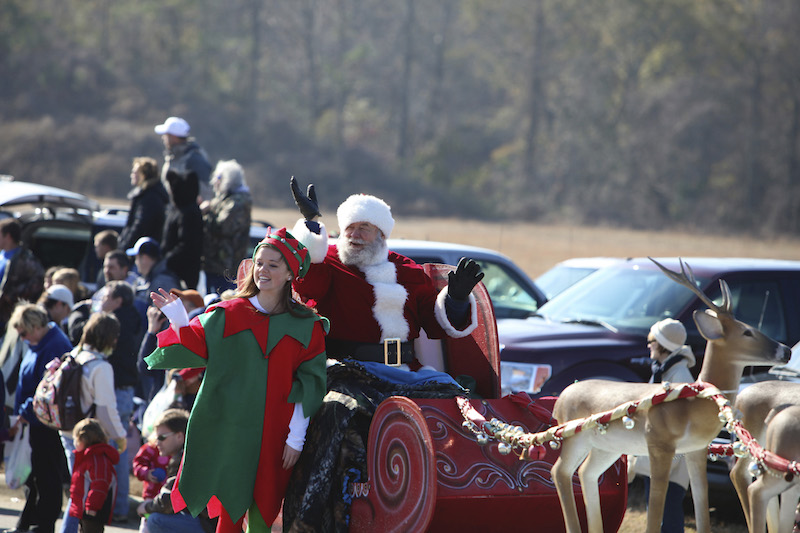 The city of Pelham will have its first-ever Christmas parade and outdoor tree lighting ceremony during the “A Pelham Hometown Christmas” event on Dec. 11. (File)

PELHAM – The city of Pelham will have its first-ever Christmas parade this year on Dec. 11 during the “A Pelham Hometown Christmas” event.

Pelham residents Chad Leverett and Rick Wash, who is also a Pelham City Councilmember, have announced the founding of PelhamStrong, a nonprofit organization that will be responsible for the parade and potentially future events.

Earlier this year the two announced plans to form a committee to plan the parade and celebration and have now announced additional details for the celebration.

The event will begin with the parade at 5 p.m. and feature other festivities at and around the Pelham Civic Complex.

“This will be a nighttime Christmas parade and it will segue into a Christmas tree lighting ceremony at the Civic Complex,” Wash said. “It is going to be 100 percent focused on the city of Pelham and our community. We feel like we lost some of Pelham’s hometown-feel over the pandemic, and this will be a way to bring everyone back together.”

The Christmas tree lighting is set to begin following the parade, which will mark the first outdoor lighting ceremony for the city, according to Wash.

While the event is still in the planning phases, Wash and Leverett said there would be an emphasis on activities for kids, including things like skating.

“We will also have Santa Claus there at the Civic Complex to take pictures in the banquet hall,” Leverett said.

Wash added, “We plan to have choral groups, hot chocolate stands and the city will also be releasing its Christmas ornament that we give out to the public for free.”

More updates will be released periodically throughout the year as they are confirmed. Residents are encouraged to like and follow the PelhamStrong Facebook page to get up-to-date information.

Wash and Leverett said PelhamStrong would be looking for volunteers in the future, and anyone interested in helping could reach out through their social media pages.