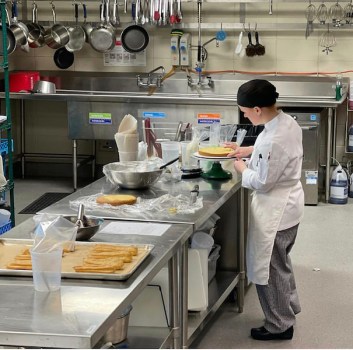 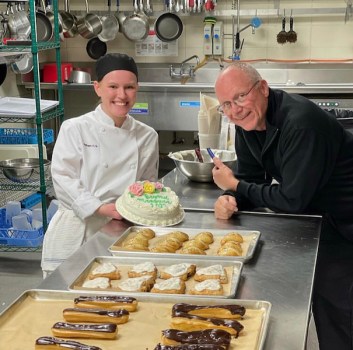 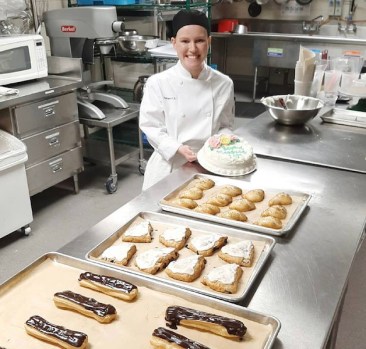 PELHAM – Earlier this year, PHS student Avery Fuller won in the regional FCCLA Baking and Pastry Arts competition. She has now followed up on this success by winning the national version of this competition.

After winning the regional, Fuller was given a list of requirements and around two months to prepare for the national competition.

It was held virtually which presented an interesting set of requirements and challenges for Fuller, but she said it gave her an opportunity to just focus on the task.

“It was really different,” Fuller said. “I have gotten so used to competing in front of people so that was interesting. However, I am usually by myself when I am practicing baking so that made it a little easier.”

“For the prep video I had about 15 minutes to set everything out in its place,” she explained. “Then I had up to three hours for cooking time, but I finished before the limit. Then I had to cut open all of the desserts and present them to the camera so the judges could inspect them.”

Each contestant was provided recipes they had to follow exactly for the presentation. This included making blueberry scones, chocolate eclairs, hollow bread rolls and icing and decorating a cake.

“They judged us on how we followed the recipes, sanitation, presentation and we also took a test that would be used in case they needed a tie breaker,” Fuller explained. “Since it was virtual, we all got points for taste. I did taste mine though, and I thought they were good.”

For taking the top spot in the competition Fuller was awarded a $50,000 scholarship to Sullivan University, though she said she is not sure at which college she wants to pursue culinary arts.

Even though the competition was virtual, Fuller was competing against other culinary students in each state across the country. She eventually was informed of her position in the top 3, and later announced as the winner during a virtual ceremony.