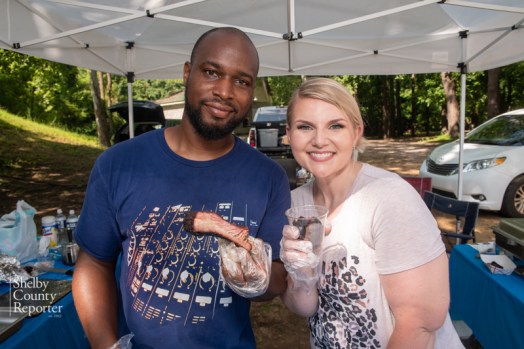 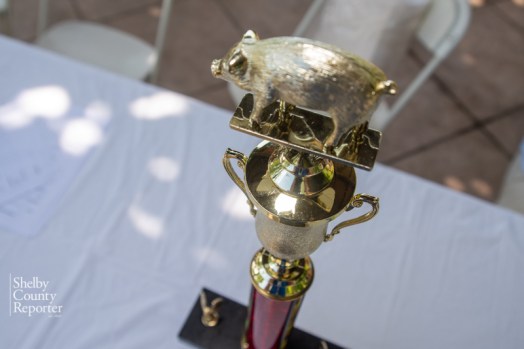 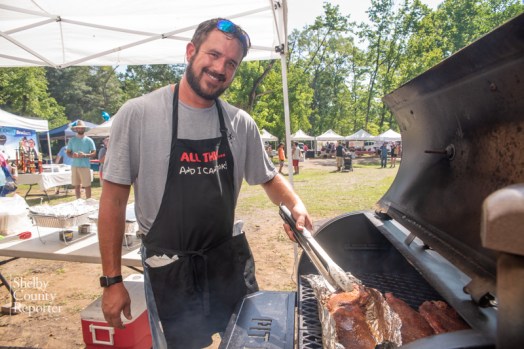 Matthew Staggs cooks us a rack of ribs and other smoked treats on Saturday. 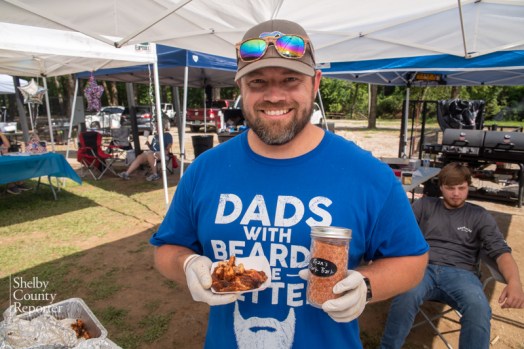 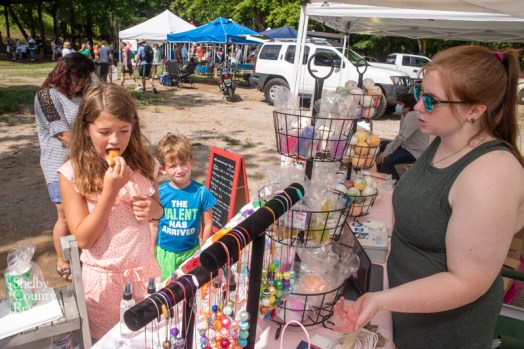 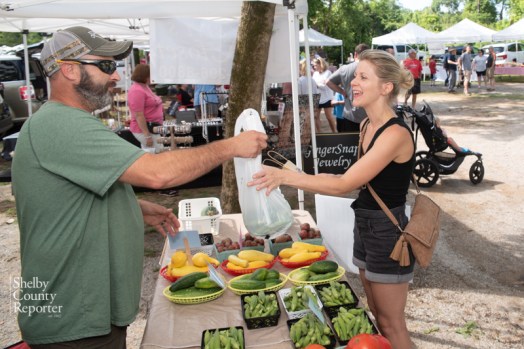 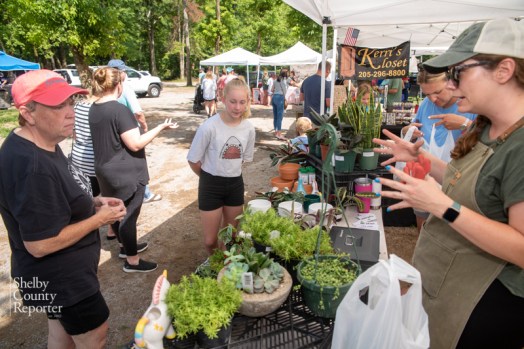 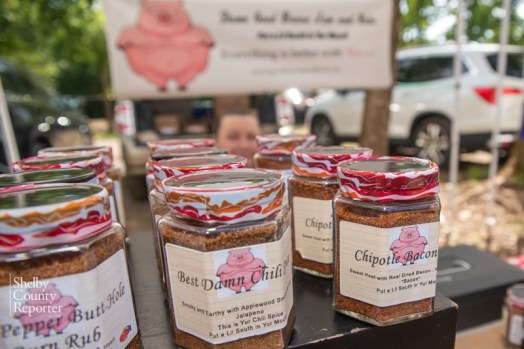 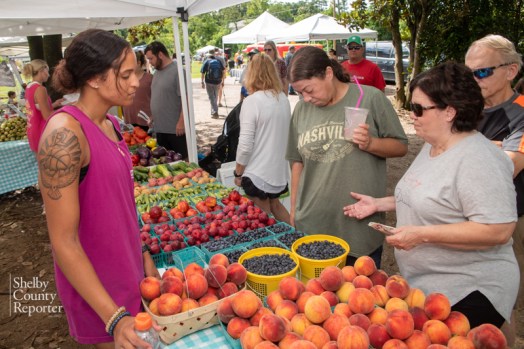 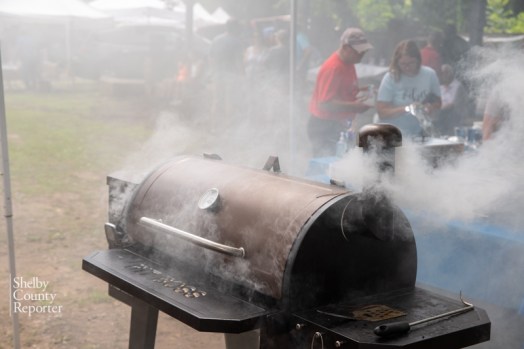 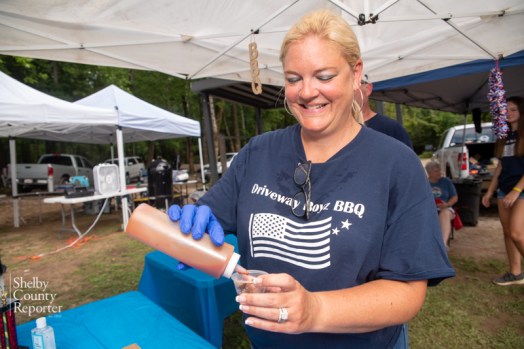 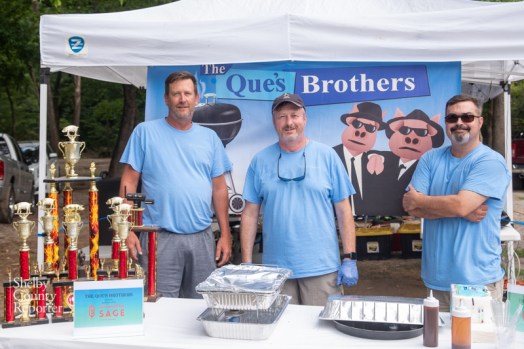 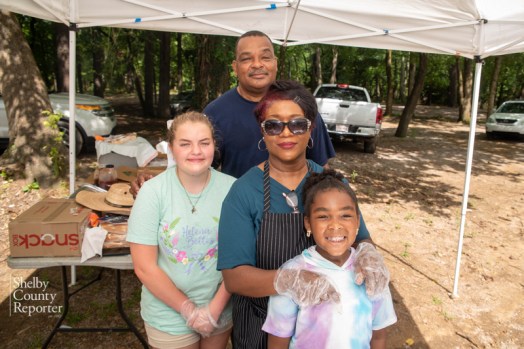 HELENA – Guests walking into the Helena Market Days on July 10 were hit with the smell of several competitors smoking their best pork in hopes of winning the Helena BBQ Cookoff.

Each year, the farmers market sets up this competition to highlight the area’s best cooks and to raise money for a cause. In past years funds have gone to groups like the Helena Miracle League.

This time proceeds went toward benefitting the area around the Helena Amphitheater where the Market Days are held each weekend.

“All of the donations and proceeds from the cookoff go to restore the amphitheater and the park down here,” HMD Chair Kim Ford said. “This area was hit so hard by the storms. A lot of our equipment was damaged so we wanted to do something to help the area.”

At the end of the event, Ford said the cookoff raised just over $600.

“This will help us with getting some of this equipment replaced,” she explained. “We need new tents and picnic tables. We still need more funds and donations to help with that though.”

The cookoff saw six of the best barbecue experts from the area compete for top honors during the event.

Each of these groups were judged by a panel of local leaders and residents including Jarred Welborn, Sanchez Tanniehill, Dave Smith, Kenneth Paschal and Hewy Woodman.

Guests at the cookoff were treated to free samples from the different cooks and were also given the option to choose their favorite in a people’s choice vote.

After judging was completed Q’s Brothers BBQ was selected by the judges for first place, and Boujee BBQ won the people’s choice vote.

“The food was so good,” Ford said. “For me it was so tender and smoky. I think everyone out at the cookoff really enjoyed themselves too. They have been telling me how much they have been enjoying the market and these events, but just having it back has been a blessing.”

The next Helena Market Days event will tie in with the Rock and Roll Playhouse concert set to take place on July 17. Ford said it would be “free watermelon slice day” for anyone who wanted it.

After this event, Helena Market Days is continuing to raise funds to restore the area. Currently, it has received help and sponsorships from Cahaba Dental Arts, Beef O’ Brady’s, Chick-fil-A, Walgreens and Publix.

Anyone interested in sponsoring the event or donating can reach out to Ford by emailing Helenamarketdays@gmail.com.