Helping others: Columbiana’s George Bentley remembered for his kind soul

With a fire still blazing on his house, Bobby Joiner stood outside cold in shorts and a T-shirt this past February watching when the sight of a friend brought a warm welcome.

Bentley hurried to check on Joiner after hearing of the news and made it before the fire had finished burning.

“This is all I have,” Joiner responded.

Bentley removed his coat and handed it to Joiner to help keep him warm on a difficult night. “George, I can’t take your coat, then you’ll be cold,” Joiner said.

But Bentley didn’t care. He lived his life by thinking of others, and that was the trademark he left on the city of Columbiana in his 74 years living in the community.

Sadly, Bentley passed away on Saturday, July 10 after complications from a second open-heart surgery one month ago.

“That’s just the way George was,” recalled longtime friend Butch Ellis. “He would take off his coat and give it to you to be warm even if it meant he was cold. That is an insight into his character, his nature, his love and his willingness to take care of others.”

After seven years, he bought the insurance agency from his father-in-law, Rux Carter, and has been the CEO ever since with both sons working alongside him as president and vice president.

He worked the rest of his life not only to build relationships with his customers, but everyone he crossed paths with.

“He absolutely loved this community and all of the people in it. He lived his whole life here and truly loved everything about it,” said his son Rux Bentley. “He was so generous in ways a lot of people never saw. I’ve been truly amazed with all of the stories we’ve been getting, the texts, emails and phone calls and people coming by the office just to say what he meant to them.”

Hundreds shared their thoughts with Rux, while others shared memorable thoughts and stories through social media on his impact across Columbiana and beyond.

Ellis said he remembers Bentley as an 11- or 12-year-old just running around the city while he was a senior in high school.

But while Ellis was in college, he kept up with George throughout high school. Then, when Ellis started practicing law in his early 20s in Columbiana, he and George became close friends and have now been extremely close friends for more than 50 years.

The two have traveled around the world together with their wives, going to places like the Mediterranean, Greece, Italy and so many more locations.

That’s the way Bentley carried himself with Ellis as well as anyone he talked with, including his customers at the insurance agency.

“He touched so many peoples’ lives in so many ways,” Rux said. “He was an incredible business man, but what made him incredible and so good at what he did was he truly and honestly cared about other people. He wanted in his heart of hearts to take care of people. ‘Do the right thing’ was always his saying. Whatever it was, just do the right thing, and he did.”

George did such a great job at doing for others that he not only considered his customers family, but they considered him family as well. He would hurt with them and do what he could to help, including a friendly hug or telling them how much he cared about them.

He would also show up with, get this, a bunch of shrimp.

“Anytime somebody had a death in the family or was dealing with something bad, he would show up with a bunch of shrimp,” Rux said. “His words were ‘Everybody shows up with a casserole, so I’m going to start bringing shrimp.’ Sure enough he did.”

And on Sunday, July 11, one day after George died, Ellis paid tribute by showing up with shrimp of his own to put a smile on everyone’s face during a difficult time. 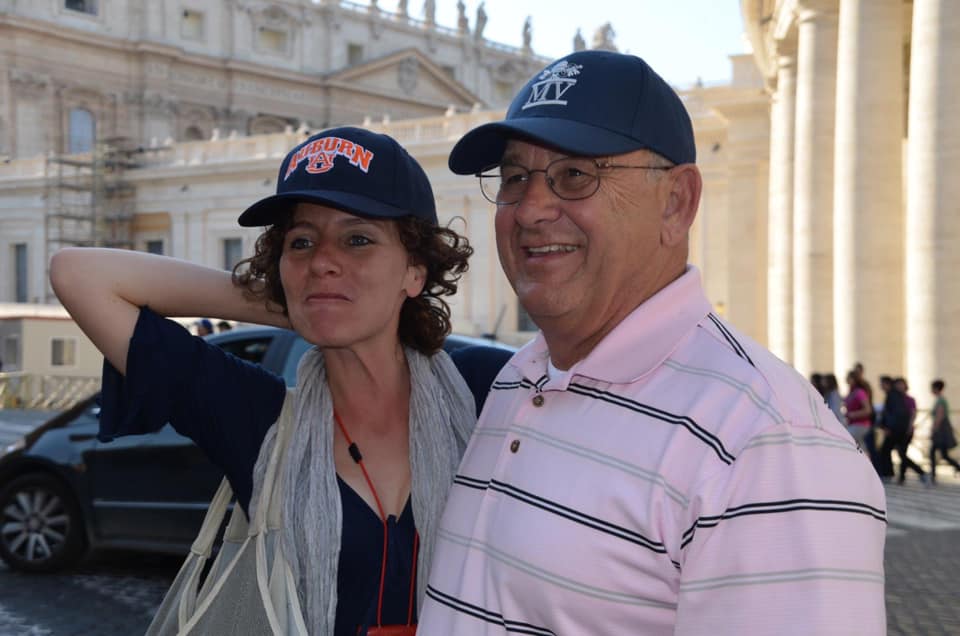 In addition to his enjoyment of shrimp and making people smile, George loved a good “mater” from his tomato plants and rooted passionately for Auburn football.

When he would travel around to different countries, George always carried a big stack of Auburn hats with him. He would ask different people in each country to put on the hat, and yell War Eagle, basically becoming a global ambassador for the university.

“One of his buddies who has tickets near him called me last night and said games won’t be the same for he and his wife because George won’t be there yelling War Eagle as loud as he can,” Ellis said.

But beyond Auburn football and everything else in life he had a passion for, nothing meant more to George than family.

“Family meant everything to dad,” Rux said. “He would always say ‘You think you know what love is when you have your kids, but then you really figure out what love is when you have grandkids.’ He adored his grandchildren. There wasn’t anything that made him more proud. He would be at everything they did. Every ball game, dance recital, soccer game, flag football game; dad was there.” 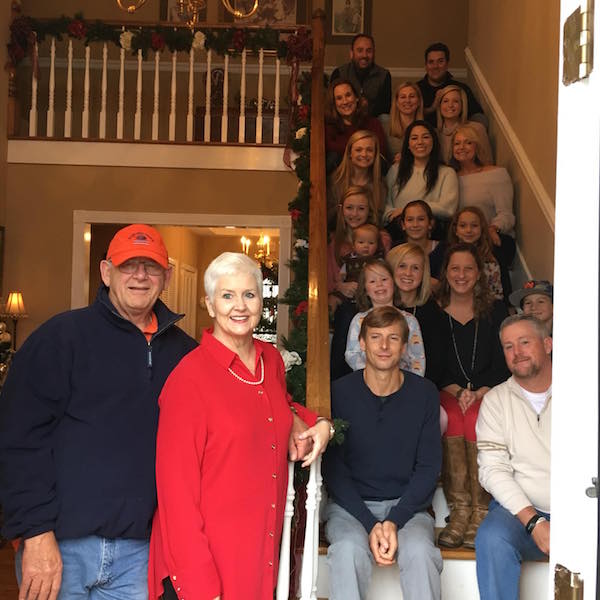 Losing George has been tough for Rux and his brother Casey, who have both worked side-by-side with their father for several years, as well as the rest of the family, including his wife of more than 20 years, Sharon.

“For Casey and I, it’s a big hole,” Rux said with tears filling his eyes. “Just to know him. It’s hard to put it all into words. I’ve got this big ol’ hole in my heart, this community has a hole in its heart. There’s a big George-sized void that’s just gone now.”

But since his death, they have seen just how far his impact has reached, which is helping fill that void slightly.

“It’s the sweetest thing just sitting here not being able to get any work done today because of the phone calls and emails from the lives he touched,” Rux said. “I’m looking at my emails now, and every single one of them is from someone talking about him.”

Because of George’s reach to others, his legacy will continue to impact others. His sons will carry on his traditions, while others in the community will continue telling stories and attempting to share his love for life with others as well.

“Without doubt, his legacy will continue to carry on,” Rux said. “We will do it at the agency and in the community. He would not have wanted it any other way. He’d probably tell us, ‘Boys, it’s time to get back to work’ and that’s what we’re going to do. This agency has been here 115 years and it will be here 115 more to continue making a difference.”

Now, the community and those impacted will have a coat around them with the presence of George living on, just as he gave the coat to Joiner on that fiery night.