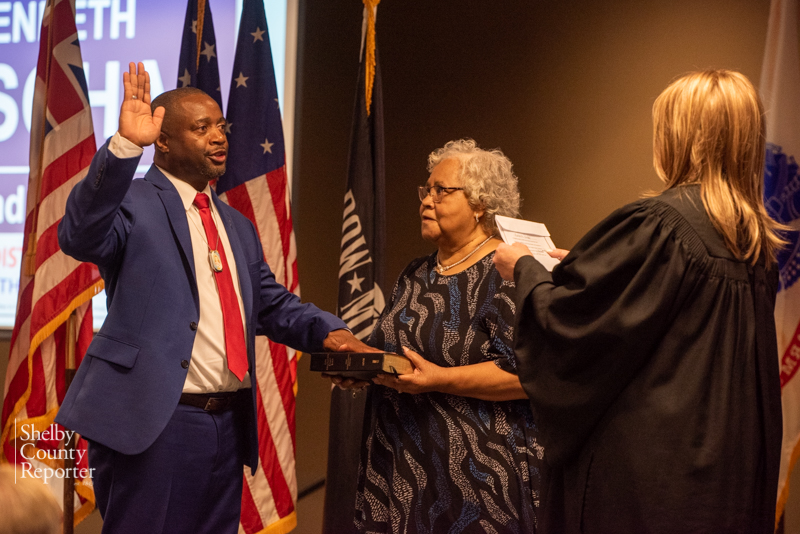 After months of campaigning Kenneth Paschal was chosen by voters to represent them in the Alabama House District 73 seat on July 13.

Paschal defeated the Democratic candidate Sheridan Black with a vote of 2,743-920 to earn the opportunity to represent the cities of Alabaster, Calera, Helena, Montevallo and Pelham in the Alabama House of Representatives.

Paschal’s win is historic, as he is the first Black Republican to be elected to the Alabama State Legislature since the Reconstruction Era.

Paschal will fill the seat previously held by Republican Matt Fridy who vacated the seat after he was elected to the Alabama Court of Civil Appeals.

“I want to thank the voters of Shelby County for the trust they placed in me today. I had never run for office before, but I feel like our campaign was really embraced by the people. I think they were looking for an outsider. As I’ve said all along, we have too many politicians that can’t seem to get things done or stand up for what they believe. I’m running for God and country. I think that really resonated with folks,” Paschal said.

Paschal reflected on the historic nature of his win in a statement on July 13.

“The voters of District 73 didn’t choose me because of the color of my skin.  They got to know me. They saw a God-fearing man of integrity who values and defends our Constitution. But I do recognize the historical significance of what happened today. I hope to be an example to all Alabamians that the Republican Party is open to everyone who shares a belief in freedom, self-reliance, fiscal responsibility, and opportunity for all,” Paschal stated.

Prior to seeking office, Paschal was very active in the community as the president of the Alabama Family Rights Association, which offers resources emphasizing the importance of equal involvement by parents in children’s lives. He is a past commander of the American Legion and a member of the Shelby County Chamber of Commerce and the Shelby County Republican Executive Committee.

He also served his country in the United States Army for 21 years, which he attributes as a source of his dedication to the community.

Throughout the course of the campaign Paschal spent time connecting with voters, city leaders and organizations in each of the cities he will represent emphasizing his strengths.

Paschal plans to get to work immediately, beginning with a swearing in ceremony on July 14.

“I’d also like to invite our supporters and all the people of District 73 to the swearing-in ceremony tomorrow at the Pelham Civic Complex. The event begins at noon. It’s free and open to the public. I’d love for people to come and bring their family. We will also have lunch provided after the event,” Paschal added.

Alabama Republican Party Chairman John Wahl commented on the historic nature of Paschal’s win, and expressed his enthusiasm to working with him in the future.

“The Alabama Republican Party is incredibly enthusiastic about the election of Kenneth Paschal to House District 73. Representative-elect Paschal, the first African-American Republican elected to the Legislature since Reconstruction, is a man of exceptional character whose ‘God and Country’ campaign resonated with Shelby County residents,” Wahl said. “After serving honorably for over two decades in the U.S. Army, he came home to Alabama, where he has spent the last 10 years volunteering for pro-family causes. I’ve enjoyed getting to know Representative-elect Paschal during this campaign and am honored to call him a friend. I look forward to working with him on the issues that matter most to Alabama voters.”