HPD to bring community together with National Night Out Aug. 3 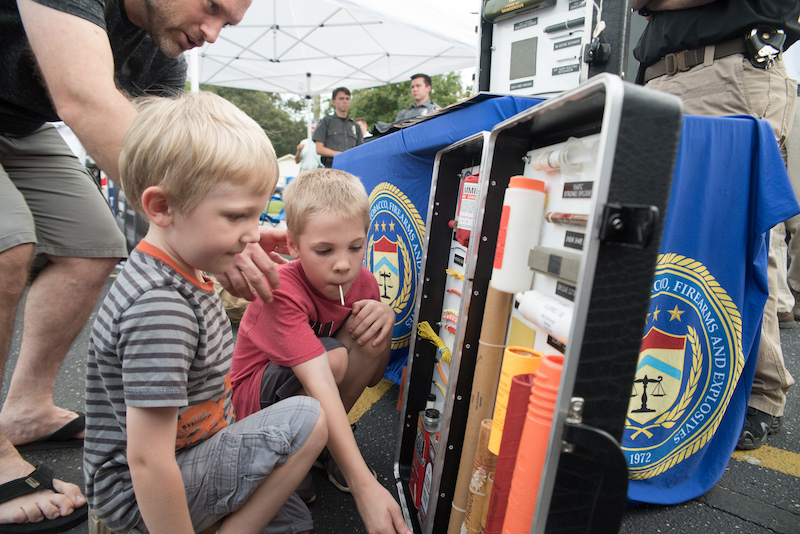 The Helena Police Department is hosting the annual National Night Out on Aug. 3, which will bring the community together to meet with their first responders and enjoy food and vendors. (File)

HELENA – The public will have an opportunity to come out and meet with the city’s police officers and firefighters during the first week of August.

The annual National Night Out event will make its return on Aug. 3 at Helena High School from 6-8 p.m.

Each year Helena participates in this nationwide event, which is designed to promote community building and a positive relationship between police officers and the communities they serve.

This event will allow the public to bring the whole family out and see emergency vehicles and equipment used by the organizations up close, according to HPD Officer Jeff Murphy.

“This is a night mainly for the community and first responders to come together,” Murphy explained. “Typically, it is focused on crime prevention, but since we are one of the safest cities in the state we have actually adjusted our event to include the community through local vendors and food trucks.”

Murphy said several local businesses and vendors will be present during the event selling their goods and generally connecting with the community.

“We thought it would be a good opportunity to expand this beyond police and fire, and actually involve the community in the event,” he explained. “They may be home-based and want to get their name out there, and we want to help with that. It is a way for the entire community to really get to know each other as well.”

Murphy said national chains like Chick-fil-A, McDonald’s and Walmart will also be participating in the night in some way.

In addition, HPD is hosting a car show during the night.

“It is summertime, and what better way to embrace that than with a car show,” Murphy said.

Helena Police and Fire Explorers will be there, which offer opportunities for teens interested in pursuing a career in either field to get experience and information.

The event is free to attend, and Murphy encouraged the whole community to come out and enjoy the company of each other.