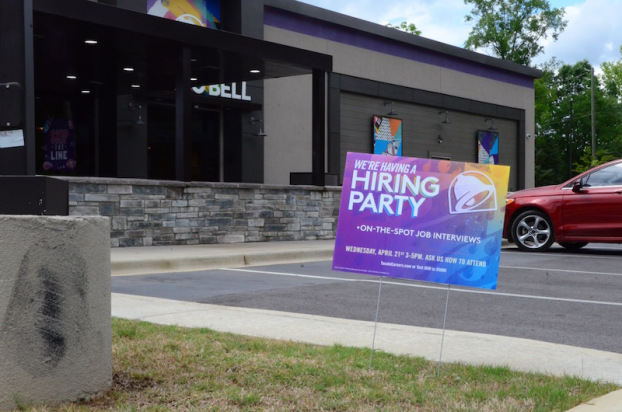 An increase in Shelby County’s unemployment rate in June has not affected its standing as the county with the lowest rate in Alabama.

Shelby County’s unemployment rate rose from 1.8 percent in May to 2.4 percent in June, while the state’s rate dropped from 3.4 percent to 3.3 percent last month, a new low highlighted by the highest jobs count Alabama has seen this year.

“As our unemployment rate continues to drop and employers continue to fill jobs, we’re proud to celebrate the fact that Alabama is open for business,” Gov. Kay Ivey said. “The drastic changes we’ve seen since last year are truly remarkable and are a testament to the dedication and work ethic of Alabamians. After months of struggling through an unprecedented pandemic, I’m proud to say that nearly 90,000 more Alabamians are working today than last year.”

Right behind Shelby County with the state’s lowest unemployment rates are Blount County at 2.5 percent, and Marshall and Cullman counties at 2.6 percent. Counties with the highest rates are Wilcox County at 10.4 percent, Lowndes County at 9.8 percent and Perry County at 9 percent.

Major cities with the highest unemployment rates are Selma at 8.9 percent, Prichard at 8.3 percent and Anniston at 6.1 percent.

“Our jobs count this month hit its highest mark so far in 2021,” Alabama Department of Labor Secretary Fitzgerald Washington said. “Employers are eagerly looking for employees and are actively hiring. We’re especially proud to say that the leisure and hospitality industry, which took such a severe hit during the pandemic, is also at a yearly high, and has seen yearly growth of nearly 29,000 jobs.”

The state’s wage and salary employment grew in June by 13,400. Monthly gains were seen in the leisure and hospitality sector (+8,100), the manufacturing sector (+2,600), and the trade, transportation and utilities sector (+2,600), among others.

According to Help Wanted Online data, the number of online job postings measured 88,165 in June, which is more than the number of people counted as unemployed.

Additionally, the number of initial claims filed for the week ending July 10 was 5,435, the lowest since the COVID-19 pandemic began.