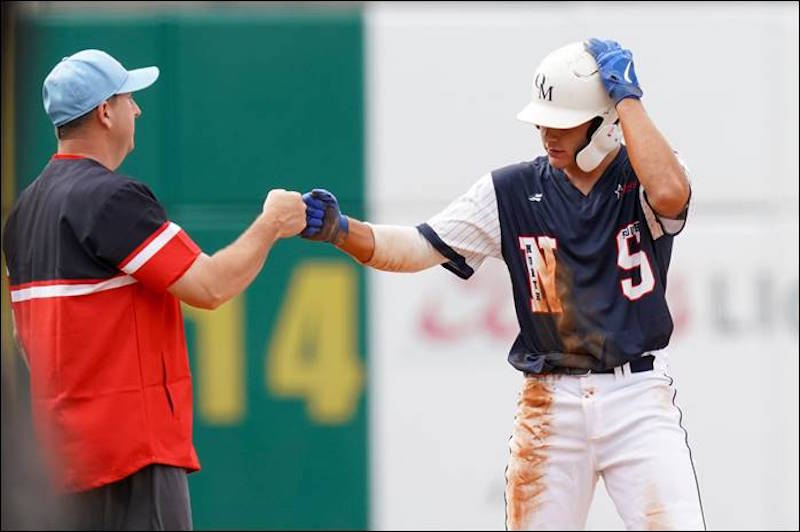 Two of the county’s top standout athletes got a chance to represent their schools on a state level when they competed in the North-South All-Star game at Riverwalk Stadium in Montgomery on Monday, July 19.

Helena’s Mac Turner and Oak Mountain’s Davis Gillespie both took to the field looking to pick up a win for the North team in a doubleheader, and they didn’t disappoint. 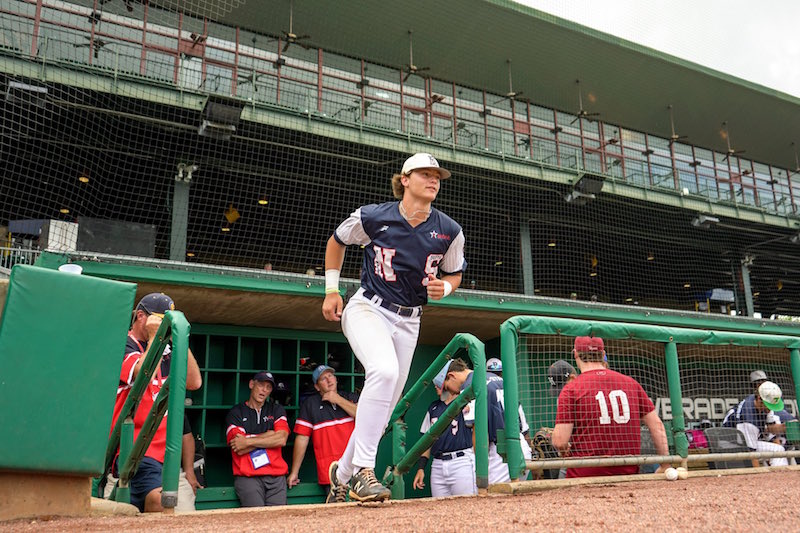 Helena’s Mac Turner takes the field for the North-South All-Star game, earning the right to play in the game after a special junior season. (AHSAA photo)

Gillespie put together a game-changing performance in the first of the two games thanks to a big hit in the top of the second inning.

With the bases loaded and the North team in front 2-0, Gillespie settled into the batter’s box and hit a bases-clearing triple to drive home three runs and put the team in front 5-0.

The South team put together three runs in the third to battle back within two runs, but another run in the top of the sixth doubled the lead once again.

However, the South found some late heroics.

After failing to find a rhythm throughout the game, they loaded the bases in the bottom of the final inning. A walk and grounder then brought home two runs with no outs being recorded, making it 6-5, before a passed ball evened the score.

Shortly after, another passed ball with the bases loaded brought home the game-winning run for a 7-6 victory for the South in the opening of the two games.

That theme carried into the second game as the North overcame a 1-0 deficit to eventually take a 3-1 lead.

Similar to the first game, however, the South came back to tie the game with two runs in the fifth. Neither team scored over the next two innings, which led to a 3-3 tie between the two All-Star squads.

In addition to his three RBIs at the plate during the first game, Gillespie also threw two shutout innings on the mound in the first game to give his team a chance.

Then, in the bottom of the seventh of game two, Gillespie made it to second looking to become the game-winning run, but was ultimately left stranded.

Tuner didn’t have any game-changing plays in the two games, but capped off a special junior season as an All-Star competing as one of the state’s best players.

As a junior, he batted .257 at the plate with an on-base percentage of .381. He totaled nine doubles, four home runs and two triples with 27 total hits, 36 RBIs and 34 runs scored.

He’ll now get set to lead the Huskies as the starting quarterback of the football team this fall.

Gillespie was one of the county’s top players this season, earning a spot on the All-County First Team. He finished the season with an average of .346 at the plate and drove in a county-high 40 runs while finishing second in the county with 44 hits.