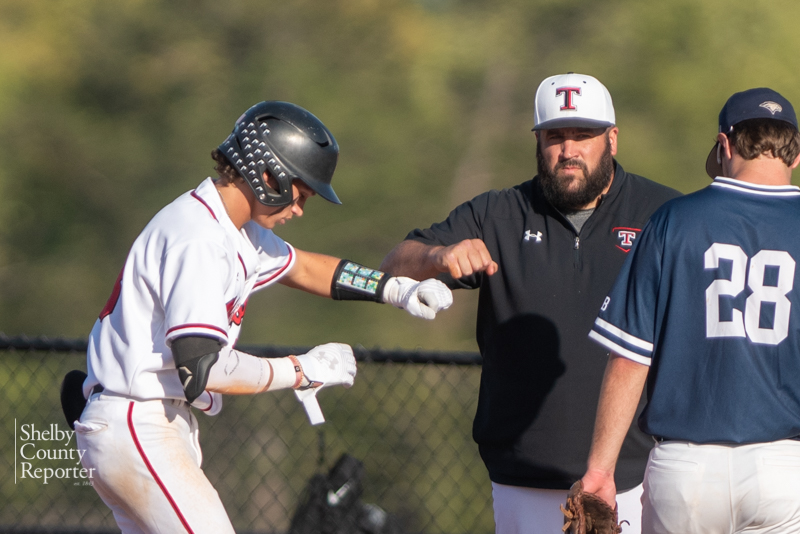 Joe Sparacino, a former assistant at Thompson High School, has been named the next head coach of the Calera baseball team. (Reporter photo/Keith McCoy)

CALERA – An assistant at Thompson High School for the last six years, one local baseball coach is now living out a lifelong dream after being named the next head coach of the Calera High School baseball program.

Joe Sparacino, a Thompson graduate and resident of Calera, was recently approved as the Eagles’ next coach after time as a coach at two prominent programs under two head coaches.

“When I started playing the game as a kid, I knew I always wanted to be around it. I didn’t know in what role that would be, but I knew when I got into education that becoming a head coach was my dream,” Sparacino said. “I’m looking forward to getting in, getting to know the kids and working with them. I’m ready to get rolling.” 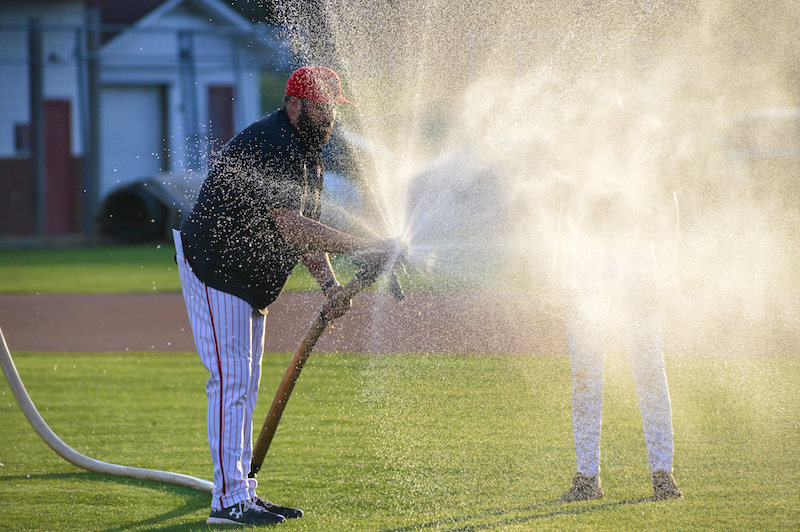 A 2006 graduate of THS, Sparacino was named a member of the 2006 All-County team as one of the county’s best first basemen, leading the Warriors to the semifinals of the playoffs thanks to county-high 40 RBIs.

He also finished in a tie for 10th in both home runs and hits with three and 39, respectively.

After graduating, he attended Jackson State Community College for two seasons, before then attending Southeastern Louisiana University from 2009-2011.

During each year of college, he hit above .300 and was one of his team’s best players each year.

He graduated and jumped immediately into teaching and coaching.

While working on his master’s degree in special education from the University of Montevallo, he served as Thompson’s middle school head coach before accepting a position at Helena Middle School, where he was an assistant for then-head coach Bobby Cummings and helped assist the high school team during a run to the state championship series.

In the fall of 2015, Sparacino moved back to his alma mater as an assistant under his former head coach, Pat Hamrick.

A role model to Sparacino, he knew that was the right spot for him to kick-start his coaching days.

“Working for coach Hamrick, playing for him throughout high school, he was a perfect role model and leader to set the road for when I became a head coach,” Sparacino said. “I’m definitely going to take some things that I’ve learned, both good and bad, and bring them with me to help me handle this job.”

He spent the next six years with the Warriors, but when the opportunity arose to not only make his dream come true but do so in the place he had called home for the last seven years, he couldn’t turn it down.

“We’ve lived in Calera for seven years now, and growing up in Alabaster just down the road, we’ve seen the city grow into what it is,” Sparacino said. “The hardest part would have been if I had to move the family to do this. I’ve had a few offers in the past that physically didn’t work out for me and my family, but being approximately the same distance to Calera as I was to Thompson and living here, this situation was almost too perfect. I couldn’t turn it down.”

Sparacino will take over for Chris Wilson, who spent the last two years with the Eagles and led them to records of 8-5 and 16-12, missing the playoffs by one run this season during a 1-0 play-in loss to Chilton County.

With the success of Wilson and other coaches before him, Sparacino said he is excited for the opportunity to not only build off that but take Calera to the next level.

“Obviously they’ve had some success in the past. I’m coming in to help them take another step,” he said. “I told the booster club my goal is to bring a blue map to Calera. It’s going to take a lot of hard work. In the end, once you get to the playoffs, anything can happen. They’ve been there in the past, and now it’s time to take the next step to a state championship.”

Sparacino said Calera should be a championship contender due to the size of the school and the growth of the city, which makes him even more excited for the opportunity.

He also sees the city working to upgrade different facilities to help prepare them for the possibility of being a Class 7A school, creating more hype for the program.

At the end of the day, however, he is focused on his players and helping them both on and off the field.

“The message I want to get across is that I’m coaching for the kids. There are good times and bad times, and even when you fail, there is a lesson to learn,” he said. “My job is to make them, A, a better baseball player and, B, a better person before they graduate.”

Sparacino is already in the building laying out the year, making sure he has a plan down to make his first year as the head coach a special one.

Ultimately, however, he is antsy to get to work with his new team, saying “I’m ready to get after it.”