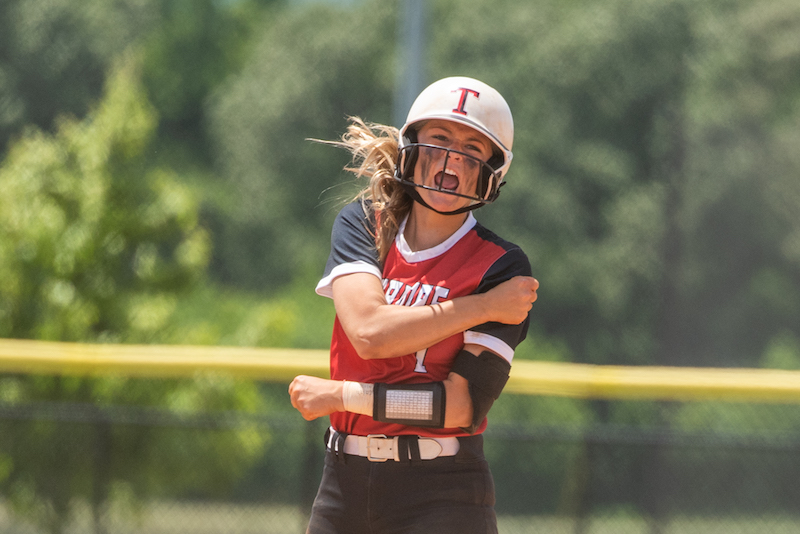 Thompson’s Ella Pate had four total RBIs in two games, including a two-run home run in the second game to help lead the North team to a sweep of the South. (Reporter photo/Keith McCoy)

In the two-game series between the two All-Star games, Thompson’s Ella Pate drove home runs in each, while Cam Bailey had an impact both at the plate and in the circle to help the North sweep the South with wins of 11-8 and 6-1.

The opening game of the series saw plenty of fireworks thanks to some of the state’s top hitters.

After falling behind 3-2 in the opening inning, the North stormed back with four combined runs between the second and third innings to take a 6-3 lead.

That advantage was extended to four runs in the top of the fifth with one more run, putting the South in a 7-3 hole.

In the bottom half of the inning, however, Chilton County’s Marlie Giles stepped to the plate with the bases loaded after already hitting a three-run homer in the first inning.

She bombed a grand slam to even the score with one swing of the bat, making her accountable for all seven of the team’s runs.

That seemed to take the pressure off of the North, and they capitalized in the top of the eighth and that’s when Pate’s presence was first felt at the plate.

After one run had already scored, she drove home a second run of the inning with her second sac fly of the game to make it 10-8. The North added one more run shortly after to close out an 11-8 win. 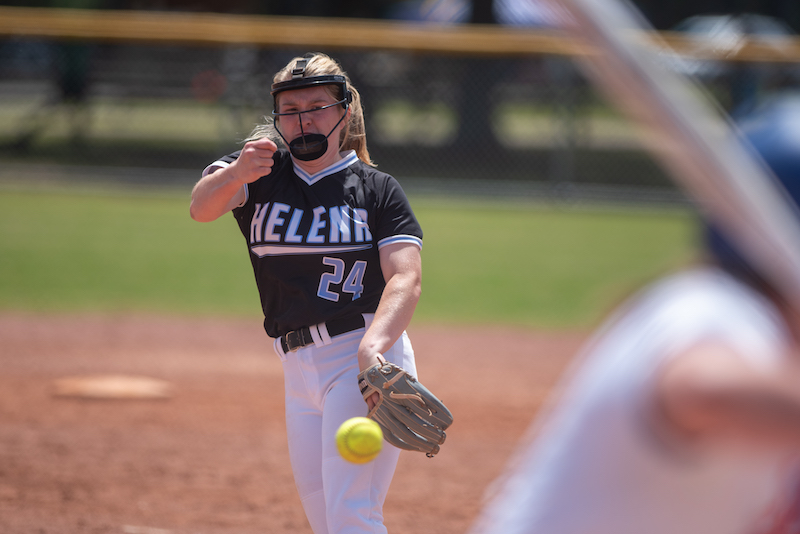 Pate finished the game second on the team with two RBIs, while Bailey also played a role with a 1-for-2 game featuring one run scored.

The second game of the doubleheader was a much more convincing effort from the North team thanks to both Bailey and Pate.

Up 3-0 in the bottom of the third, Pate added two more runs to the lead with one swing of the bat when she hit a two-run homer to bring her RBI total to four for the day and put the North up 5-0.

Bailey also had an impact thanks to being part of a combined pitching effort that saw the North give up one run. In her time in the circle, she struck out one and gave up just one run to help preserve a 6-1 victory.

Pate ended this season as an All-County second baseman after holding a batting average of .482 with a county-high 58 RBIs and 18 doubles.

Bailey joined Pate on the All-County First Team with a 1.73 ERA in the circle featuring a 26-7 record and 275 strikeouts, which finished second in the county.

Now, both will return to lead their teams as seniors this upcoming season in hopes of a return to the state tournament.