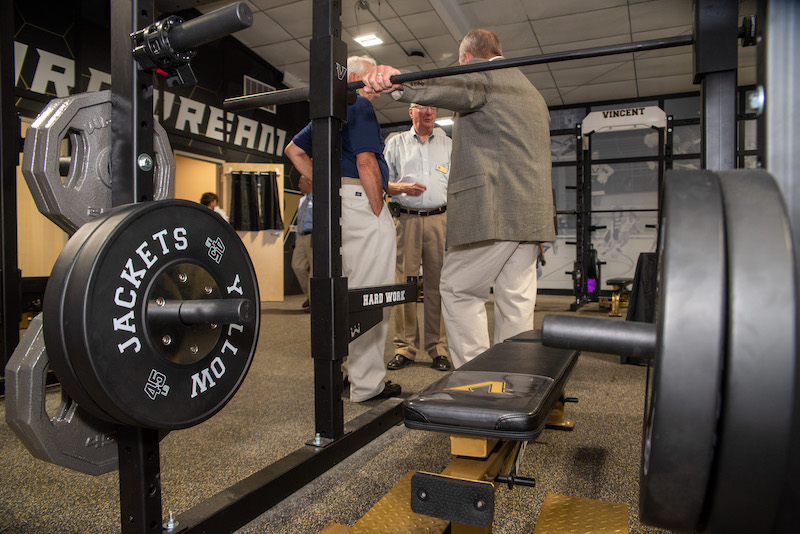 Walking into their new weight room and athletic facility, Vincent’s athletes were blown away. Jaws hit the floors and eyes widened as they looked at their new state-of-the-art equipment.

In that moment, it was evident that Vincent Middle High School and those who were responsible for the new facility had done their jobs—making a difference in the lives of students.

As adults, one of our main goals is to pave the way for those younger than us and make the world a better place for them than it was for us.

Too often, we become engrained with winning and earning money to get ahead of everyone else in life and forget about the lessons and impacts we have on generations younger than us, especially students in elementary, middle and high school.

But leveling the playing field and showing they are all as important as anyone else can make a difference.

With other schools across the county already having new or remodeled facilities and equipment such as Thompson, Spain Park, Helena, Chelsea, Pelham, Briarwood and Montevallo, it left Vincent athletes feeling like they weren’t as important at times.

Previously working out in a room that flooded with no air condition and was more like a large storage closet than a weight room; the coaches, administrators, school system and surrounding communities it was time to make a change.

They worked together to build a new state-of-the-art weight room. The standalone building utilized an area that was already on the school’s campus, but it got a complete upgrade and is now a place the athletes are excited to be a part of.

With wall wraps featuring pictures of some of the best sporting moments at the school as well as inspirational phrases on the wall and branded weight equipment, the athletes now enter the building with pride.

Many are fortunate enough to grow up without a care, already having the best handed to them because of where they live and that was created for them.

I know that was the case for me at one point in my life.

After living in Leeds for several years, my family moved to Hoover where I was able to attend Spain Park High School. Everything there was state-of-the-art.

Coming from Leeds, which was a lot smaller back then, I was blown away by what I was looking at. I had never imagined people could go to a school that size, that new, with that many people.

At that point, I didn’t know how incredibly easy I had it, but as I look back on it, I wish I had been as thankful as I am now.

Now, in my role, I get a view of what it is like in each community across the county, and while there is still separation with what schools can offer, I’m seeing a lot of positive.

Smaller schools in smaller cities are realizing the big impact they can have by placing an importance on visual improvements.

It not only gives the students a renewed since of pride for where they are going to school, but it shows we care about making their childhood as great as possible.

Helping students see there really isn’t that big of a difference in going to Vincent versus going to Thompson or Spain Park as long as you take pride in what you have and put the work in, you’ll be as successful as anyone.

Thanks to this venture by Vincent, the students and athletes are one step closer to believing and feeling like they belong with anyone, which is the most important lesson we can teach them.